Pakistan has a huge potential to develop tourism

"China and Pakistan ought to expand cooperation in tourism given the huge natural endowments in Pakistan." Dr. Wang Yingying, a research fellow and Vice Secretary-General of Chengdu Institute of World Affairs said to me in a seminar held in Chengdu. 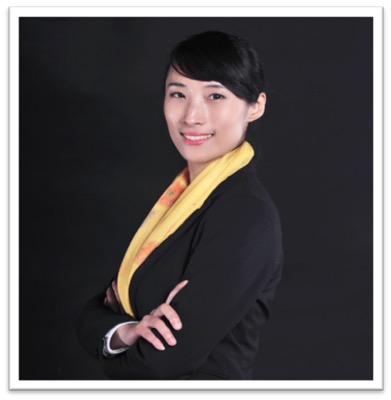 Dr. Wang Yingying pinpointed that Pakistan has been rated the best holiday destination and the third most potential adventure destination in the world for 2020 by Chinese high-end travel magazine Condé Nast Traveler. In 2019, the Forbes and the World Economic Forum's Travel & Tourism Competitiveness Report termed Pakistan as one of the 'coolest places' to visit and one of the world heritage global tourism destinations.

Blessed with diversified tourism resources, Pakistan embraces unique natural scenes as well as historical and cultural heritages. The snow-capped Himalayas and the sunny beaches of the Arabian Sea showcase its rich and expansive natural landscapes, which integrate snow mountains, forests, canyons, lakes and beaches，etc. in one country.

As the cradle of Buddhist culture, the history of Pakistan can be traced back to ancient India 5,000 years ago.

Buddhism was introduced to Gandhara in the 3rd century B.C. (now northwest Pakistan) and flourished for 800 years. Later, after more than three centuries of dynastic changes, Islam became the state religion until today.

Pakistan enjoys 6 UNESCO world cultural heritages, including Buddhist Ruins of Takht-i-Bahi and Neighbouring City Remains at Sahr-i-Bahlol，Fort and Shalamar Gardens in Lahore, Rohtas Fort，Taxila, Historical Monuments at Makli，and Archaeological Ruins at Moenjodaro. In addition, the famous Badshahi Mosque and King Faisal Mosque, which is the sixth-largest mosque in the world, etc. attract tourists from all over the world.

"Pakistan has huge tourism potential. We will promote tourism to boost the economy"，emphasized Imran Khan in his first televised speech to the whole country. In 2017, the number of foreign tourists was 2.5 million, and soared to 3.5 million in 2019. The United Kingdom is the biggest source of tourists for Pakistan, followed by the United States, India and China.

Although Pakistan is a typical Muslim country, its Buddhist tourism resources and the "all-weather" relationship with China generate an appropriate cultural distance between the two countries.

Regarding the development of tourism in Pakistan, Dr. Wang requested me to convey some specific suggestions to Pakistani friends:

First, according to Butler Destination Life Cycle theory, Pakistan is at the involvement stage, where adventure tourism is more attractive to foreign tourists. They are fervent on places uncharted and chase after the experiences of discovering destinations few people have set a foot on. Based on the analysis, Pakistan should first focus on market segmentation and attract Chinese adventurers.

Second, COVID-19 is spreading rapidly in South Asia, which has a fatal impact on tourism. Therefore, the government of Pakistan should take resolute and effective measures to stop the further spread of the epidemic.

Third, in the backdrop of the gradually improved security situation in Pakistan, the Pakistani government should further consolidate the efforts and in particular, strengthen the safety protection of the Chinese projects and personnel so as to give foreign tourists a sense of security.

Fourth, considering a lack of tourism professionals in South Asian countries who are familiar with Chinese tourists' consumption preferences, relevant departments in Pakistan should strengthen the cultivation of talents in this field.

According to World Travel and Tourism Council statistics, in 2019, the tourism industry contributed 5.9% to Pakistan's GDP, creating 3.9 million jobs. If Pakistan`s tourism industry is developed to the level of China, its contribution to GDP will increase by 5% to 11% and 2.37 million more jobs will be added.