More opportunities ahead for Pakistan after 10 years of BRI: Ahsan Iqbal 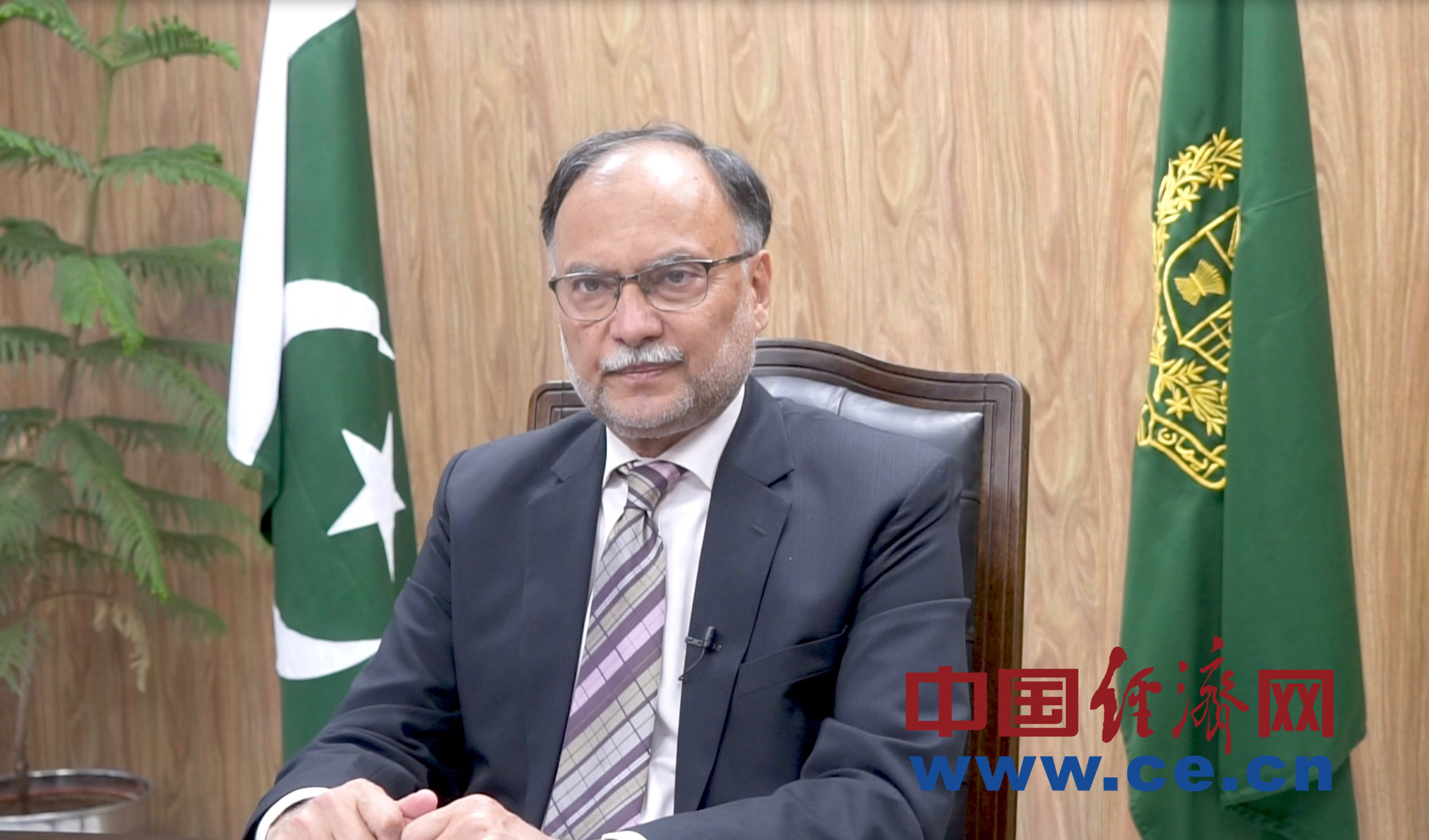 ISLAMABAD, Jan 16, (China Economic Net)- China's 'Belt and Road Initiative' (BRI) is aligned with Pakistan's development strategy and national interests; not only has the initiative boosted the national economy and people's living standards over the last decade through China Pakistan Economic Corridor, but  also will assist Pakistan in contributing to better connectivity of economic powers in Central Asia and South Asia, making the region the future of the world economy.

In this spirit, the government of Pakistan will explore trade activities, with a special emphasis on B2B cooperation, play a role in connecting business schools between the two countries, and assist the business community in better understanding the Chinese market during the next stage of CPEC.

The above views were expressed by the Federal Minister for Planning and Development, Prof. Ahsan Iqbal, during a recent interview with China Economic Net. “CPEC was a fusion of Pakistan's Vision 2025 and China's BRI initiative.” the minister said, “it brought investment in Pakistan in the sectors that were crippling the economy”.

As China's all-weather strategic partner and direct beneficiary of  BRI, Pakistan's energy, infrastructure, technology, and industrial sectors have all fetched benefits since the start of CPEC.

"More than 5,000-megawatt new power generation was installed at a time when Pakistan was facing acute energy shortages. CPEC also contributes to the construction of new modern infrastructure, such as the M-5 Sukkur-Multan Motorway, the Hakla-D.I Khan Motorway, and the Gwadar East Bay Expressway. Similarly, CPEC has laid a new information highway between Pakistan and China via fiber optic cable, which will help improve Pakistan's digital infrastructure", the minister said, “the second phase of CPEC addressed the challenge of developing Pakistan into an industrial economy, through establishing special economic zones and deepening government to government cooperation”

This year, China will celebrate the tenth anniversary of its flagship Belt and Road Initiative (BRI). The minister, like other participants, believes that the fundamental reason for the "Belt and Road" initiative's strong resilience and vitality is that it is being jointly built, in accordance with the historical trend of economic globalization, the demands of the modern era for the reform of the global governance system, and the strong desire of people from all countries to live better lives.

"When CPEC began, Pakistan launched Vision 2025, which declared regional connectivity as one of Pakistan's primary drivers of growth. We will see greater regional integration after CPEC is completed," the minister predicted, “We can create shared prosperity for over 3 billion people in this region by increasing connectivity within Central Asia, South Asia, and China."