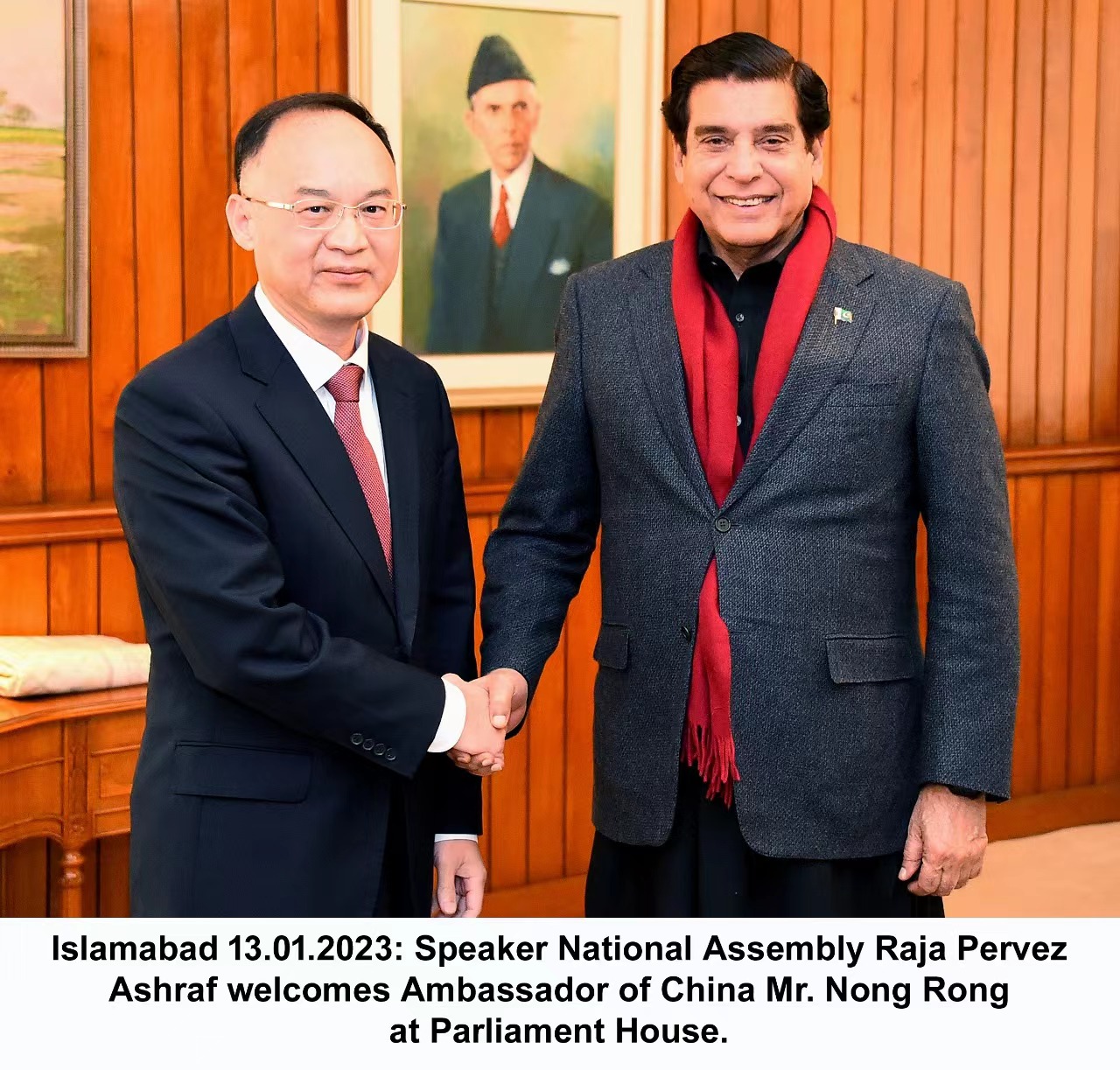 The Speaker said Pakistan highly valued the ironclad friendship with the People's Republic of China. The all-weather strategic cooperative partnership between the two countries had gone from strength to strength due to the consistent, dedicated, and sincere efforts from both sides and the role of the emissary in these efforts was very significant, he added.

According to a statement released by the Speaker’s office, Ashraf also appreciated the Chinese envoy for his arduous work in promoting parliamentary cooperation between the two countries as such interactions would help in learning from parliamentary experiences of each other and create mutual opportunities under the strategic partnership, particularly through China-Pakistan Economic Corridor to work for the benefit of people on both sides of the border.

The Ambassador expressed gratitude to the speaker for his kind remarks and said Pakistan was his second home as he had a very fruitful experience and fond memories during his two-year stay in Pakistan.

He said the Pakistan-China relationship had a very bright future and he would wish to see further growth in them, emphasizing that China would continue to support Pakistan in pursuit of its national development and objectives.

The two sides also discussed the prevailing international and regional situation, expansion of bilateral cooperation, particularly with respect to trade and commerce; and regular people-to-people exchange between Pakistan and China.

The meeting was held in a cordial atmosphere and in the end, the speaker wished the ambassador success and good luck in his future endeavors.