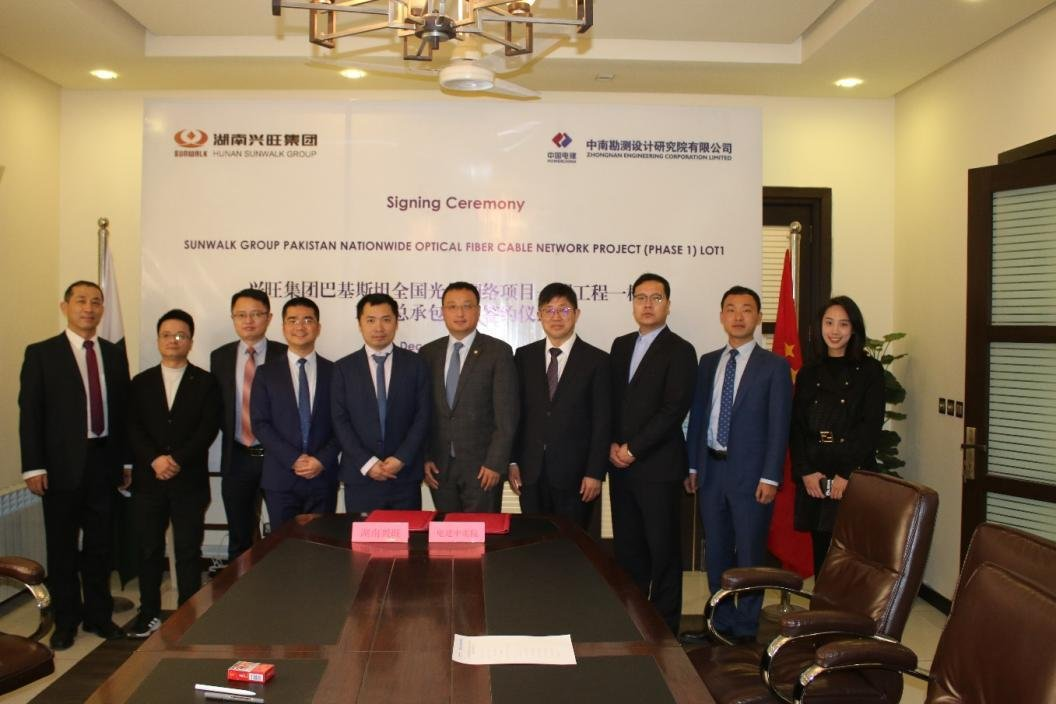 In a tweet on Thursday PowerChina revealed that phase 1, Lot 1 of the said project will aim to improve Pakistan’s telecommunication infrastructure for better interconnection with its neighboring countries.

The nation’s broadband adoption will be increased for the digital revolution, which will benefit not only the business-to-business sector but also the government, enterprise firms, and end consumers, the official added.

Previously, Sunwalk Group CEO Pakistan, Lan held a meeting with Federal Minister of IT and Telecom, Syed Amin ul Haque. Lan informed the Minister regarding investment plans for establishing a statewide optical fiber network and facilitating the growth of broadband in Pakistan.

He stated that his organization is prepared to invest approximately $2 billion over the next 8 to 10 years.