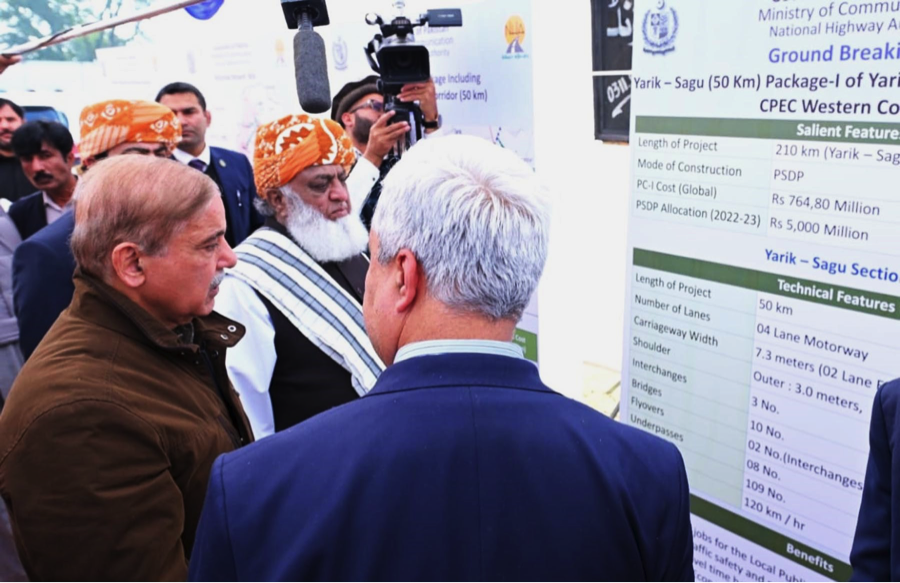 Addressing a public rally, Premier Shehbaz Sharif said now as the Hakla-Dera Ismail Khan Motorway (M-14) has been completed and is operational for traffic, it is time to start work on Dera Ismail Khan-Zhob Highway, which is part of the western route of China-Pakistan Economic Corridor (CPEC).

The upgradation of 235 km D.I. Khan (Yarik)- Zhob (N-50) is one of the major projects of CPEC. The 50 KM section is a part of the “Upgradation of the D.I. Khan (Yarik)–Zhob, N-50 Phase-I (210 Km)” project, which is an important highway under the CPEC Western Route. The salient features of the projects include geometric improvements on the existing alignment as well as the upgradation of the two-lane existing roads to four lanes while the 100m R.O.W will be acquired to upgraded to six lanes in the future.

PC-I of the project was approved by ECNEC in April 2017 and it was accorded the highest priority in the 9th JCC. The National Highway Authority (NHA) in July 2022 invited applications from illegible contractors for the prequalification of the project.

This project falls under the existing road infrastructure of the country and is being enhanced under CPEC through the upgradation of existing roads. The dualization and up-gradation of N-50 will create a strong link between Islamabad, Dera Ismail Khan, Zhob towards Karachi, and Gwadar.