Muhammad Saif Ijaz (middle) from Pakistan, participated in the construction of Lusail Stadium – Stadium where the final of the 2022 World Cup would take place.

BEIJING, Nov.20, (China Economic Net)- The main stadium for the Qatar 2022 World Cup final, located in the coastal city of Lusail, was built by China Railway Construction Corp (CRCC).
Muhammad Saif Ijaz, a Pakistani Contract Manager with CRCC who worked on this project, praised his coworkers' efforts despite the heat.
"This was my first experience participating in such a huge construction project and I'm lucky to get this opportunity. This project is an iconic project not only for Qatar but for the entire world. It would help my career in the future", Saif Ijaz added.
When asked about how it felt to be a part of the construction, he said it helped him understand Qatar's traditions and culture, and that he spent almost 5 years there where everyone was treated the same according to local law, regardless of whether "you are a foreigner or a local citizen."

"Everything was difficult. FIFA was involved in this project, and we had to manage over 300 subcontractors, but we did it successfully. The most important thing is that our seniors were very kind, nice, and helpful, particularly the Chinese fellows who assisted me greatly. I am delighted to be working with my Chinese colleagues. They instilled a sense of responsibility and trust in me ", he explained.

He stated that it is an honor for him and his company to be a part of the construction of Lusail Stadium, which will host the World Cup final. He went on to say that Chinese contractors are not only financially sound, but also skilled and hardworking.

"We completed this project on time, and I believe that if it had been built by another foreign company, it would have been difficult for them not only financially, but also technically. Chinese steel contractors performed admirably because the steel building part of this project was the most difficult, and I appreciated the Qatar government's decision to award this contract to China Railway Construction Corp company ", he explained.

Saif, 42, who has spent 10 years working for the China Railway Construction Corp (CRCC), said that Chinese workers are very professional and hardworking, language was the only obstacle they encountered while working. He added that all of the workers there were able to overcome this obstacle thanks to Chinese engineers who assisted them with translation. 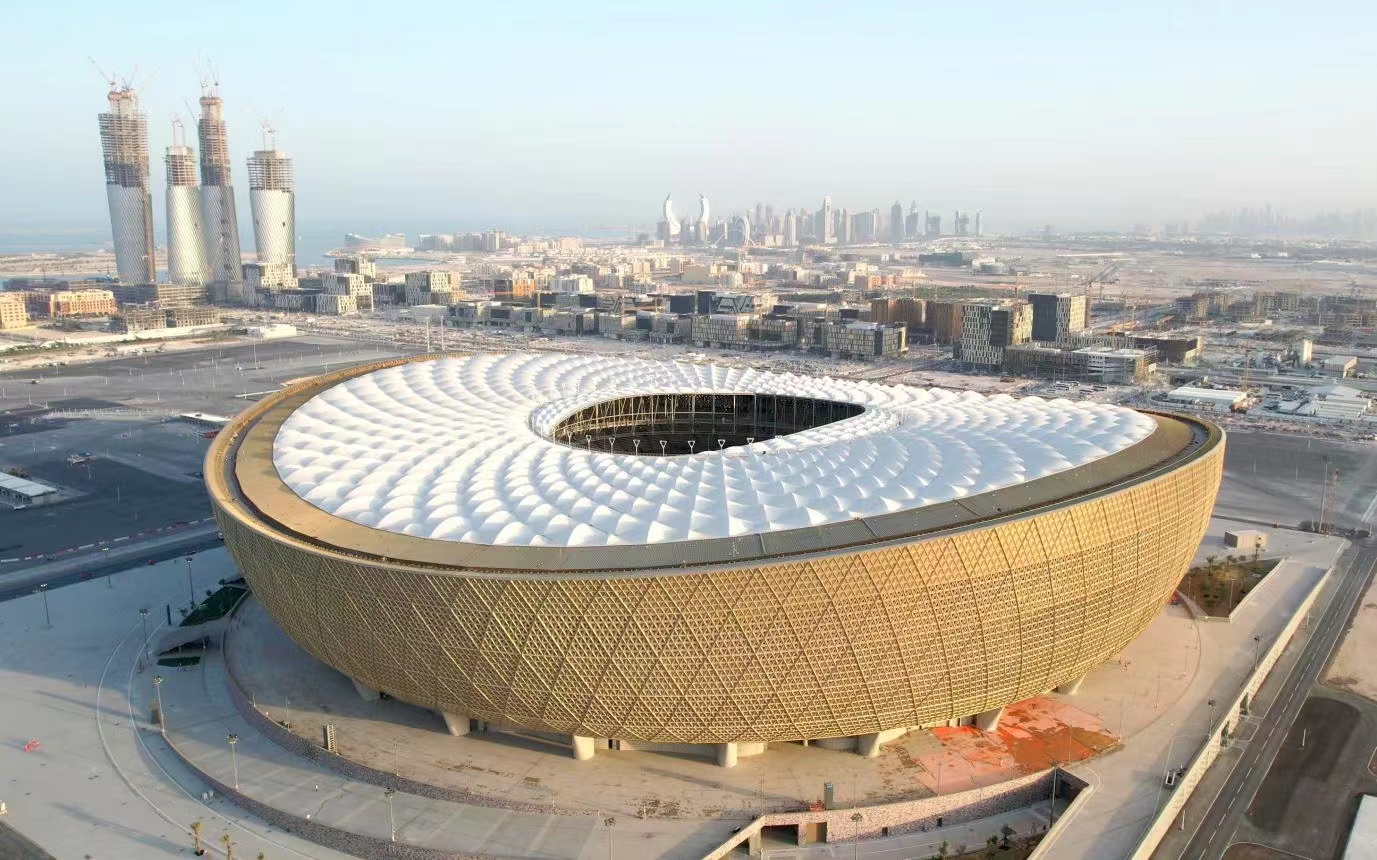