BAHAWALPUR, Oct. 19 (China Economic Net) - Innovation and optimization of the Chinese strip intercropping technology have been achieved in Pakistan, which won high praise from the Governor of Punjab Engr. Muhammad Baligh Ur Rehman in a recent meeting held at the Islamia University of Bahawalpur. Also, he assured his office’s full support for the promotion of soybean production through strip intercropping technology in Punjab. 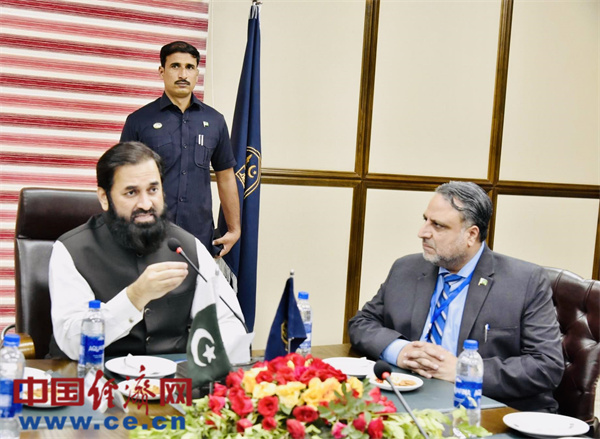 Punjab Engr. Muhammad Baligh Ur Rehman acknowledges the National Research Center of Intercropping’s efforts to develop strip intercropping technology in Pakistan in a meeting at the Islamia University of Bahawalpur. [Photo provided by Muhammad Ali Raza]

“The efforts of Prof. Athar Mahboob (Vice Chancellor, Islamia University of Bahawalpur) are commendable for establishing the research institutes, e. g., the National Research Center of Intercropping, which can find solutions to local problems and bring our farmers from the quagmire of exhausting crop systems (mono cropping systems),” Punjab Governor Engr. Muhammad Baligh Ur Rehman stated. In August 2021, the National Research Center for Intercropping was jointly established by Sichuan Agricultural University and the Islamia University of Bahawalpur.

According to Dr. Muhammad Ali Raza, Director of the National Research Center for Intercropping who graduated from Sichuan Agricultural University, recently they have completed the sowing of soybean, mustard, pea, and chickpea under the sugarcane strip intercropping systems. For the coming season, the whole sowing work will be finished by next January.