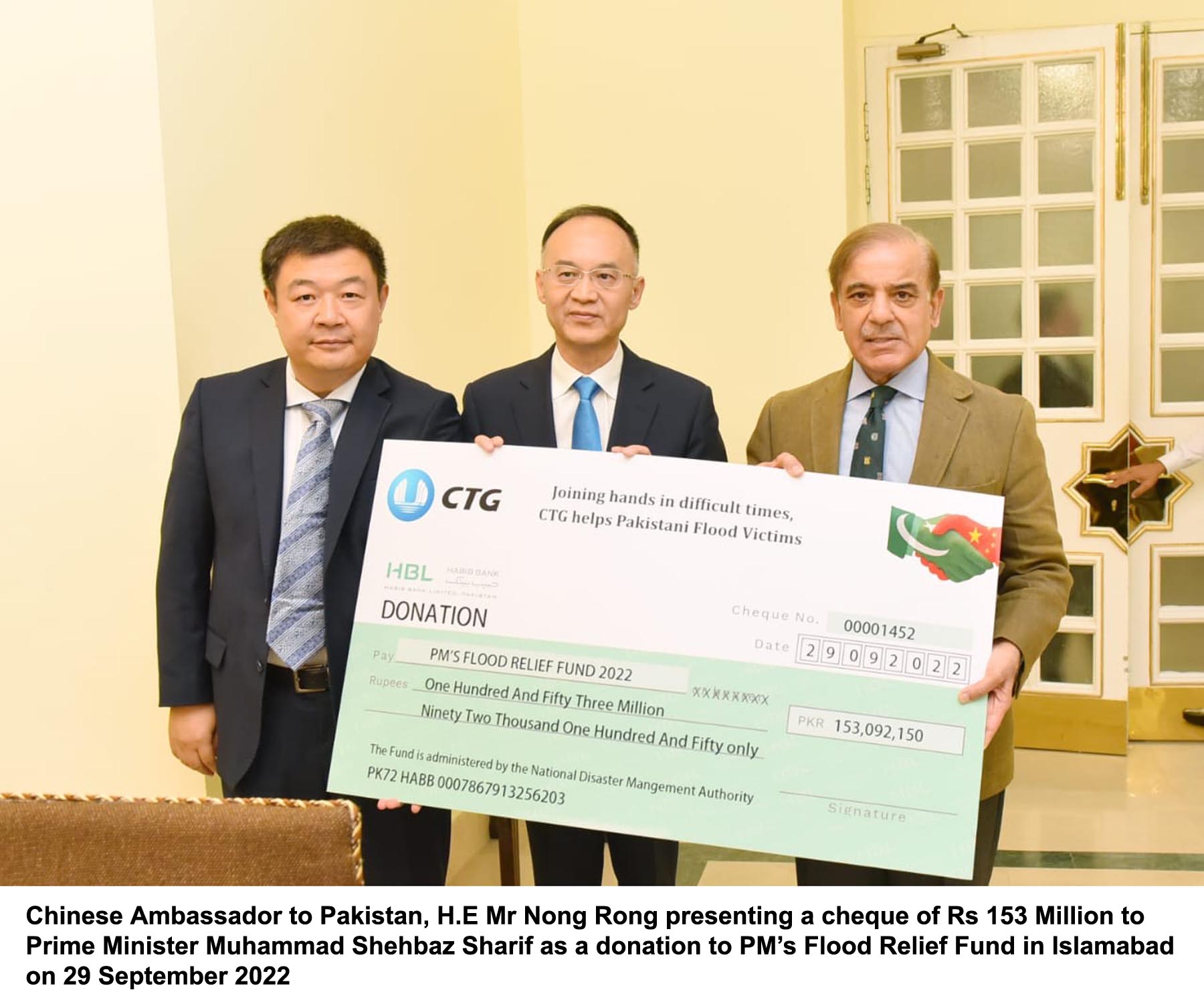 The delegation was led by the Chinese Ambassador in Islamabad Nong Rong.

Chairman of China Three Gorges Corporation Wu Shengliang told the prime minister that under the company’s supervision, the Karot Hydropower Project had been running at full capacity for the last three months.

The Prime Minister appreciated the Chinese company for completing and operationalizing the Karot Hydropower Project as a priority to generate environment-friendly and low-cost electricity in the country.

Earlier in the day, Prime Minister Shehbaz Sharif called upon the international community to help Pakistan in the rehabilitation of the flood affectees and emphasized that his country was only emitting less than one percent of the carbon emissions but had faced the brunt of floods caused by climate change due to activities in the developed world.