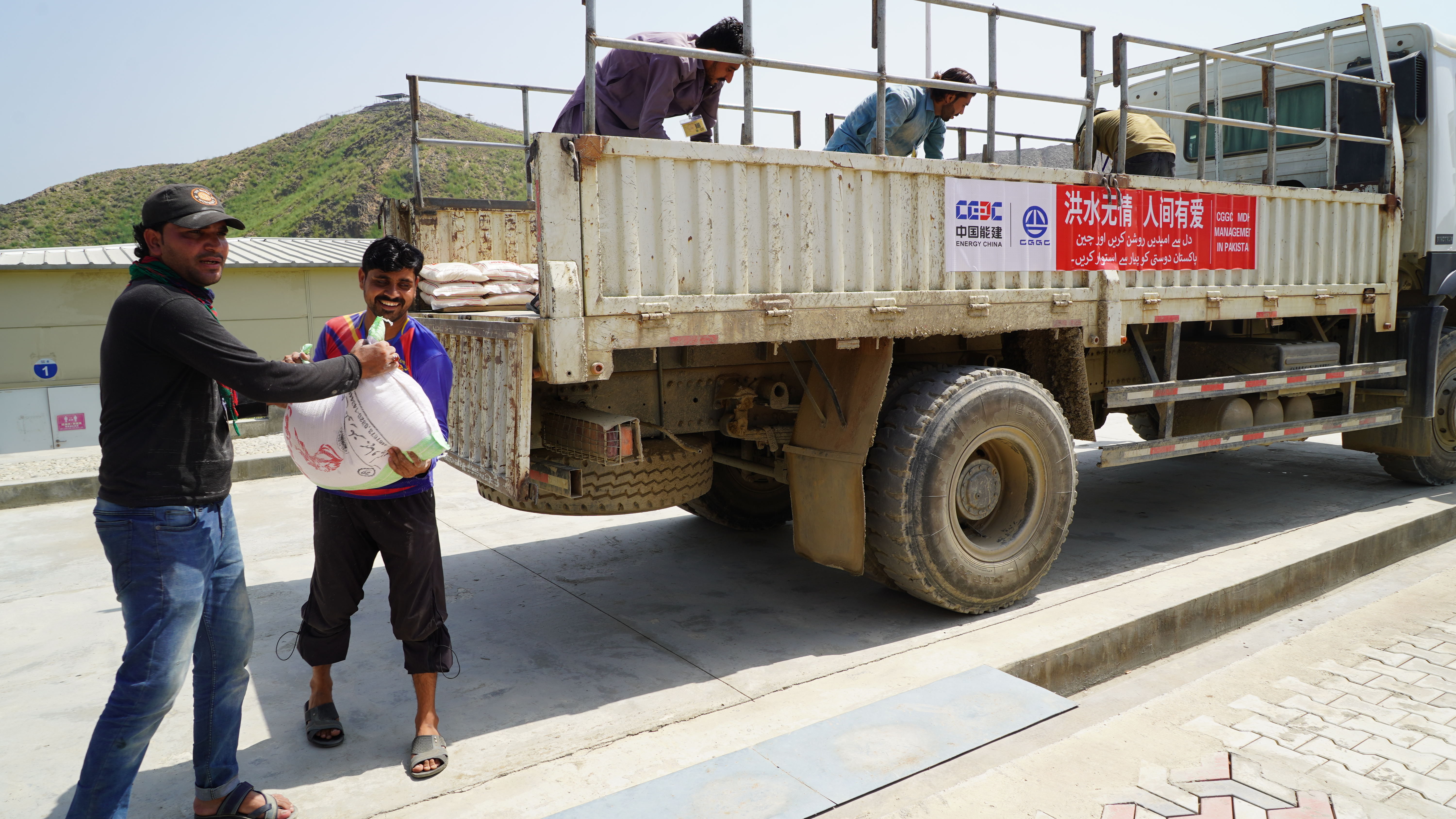 The relief materials were handed to the local government and NGOs as many families have fallen victim to the severe flood crisis.

At the ceremony, the head of the district government and representatives from NGOs said that China and Pakistan share a treasurable friendship, and the two countries have a fine tradition of helping each other during major natural disasters.

Due to excessive rainfall, the Swat River, where Mohmand Hydropower Project is located, overflooded on August 25, causing different level damage to 10 nearby villages and the project site.

One third of Pakistan is drowning due to abnormal weather-related heavy rainfall. At this critical moment, Chinese enterprises who are participating CPEC in Pakistan stepped forward and supported the country’s flood response efforts.