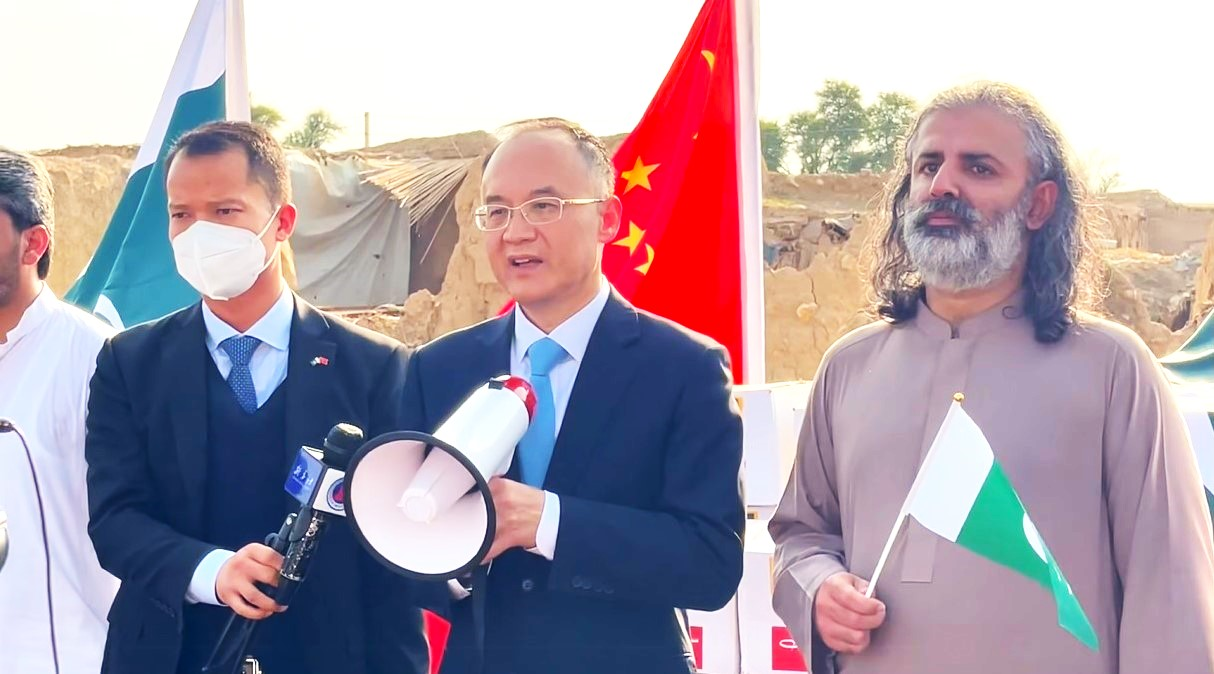 DERA BUGTI, Sept. 13 (Gwadar Pro)- Chinese Ambassador Nong Rong visited Dera Bugti at the invitation of Federal Minister for Narcotics Control, Nawabzada Shahzain Bugti. He was visiting the area in the aftermath of floods and rains that wreaked havoc across much of Pakistan including Dera Bugti since mid-June.

Food relief packages from China were distributed on this occasion. The food distributed can meet the urgent needs of at least 3000 local households affected by the floods. Over 800 locals hit by the flood attended the ceremony.

“We know that you have been just hit by the floods and heavy rains; I saw many houses damaged by the heavy rains,” said the Ambassador, adding “we bring some 3,000 packages of materials, we hope we can do something for our Dera Bugti brothers and sisters”. 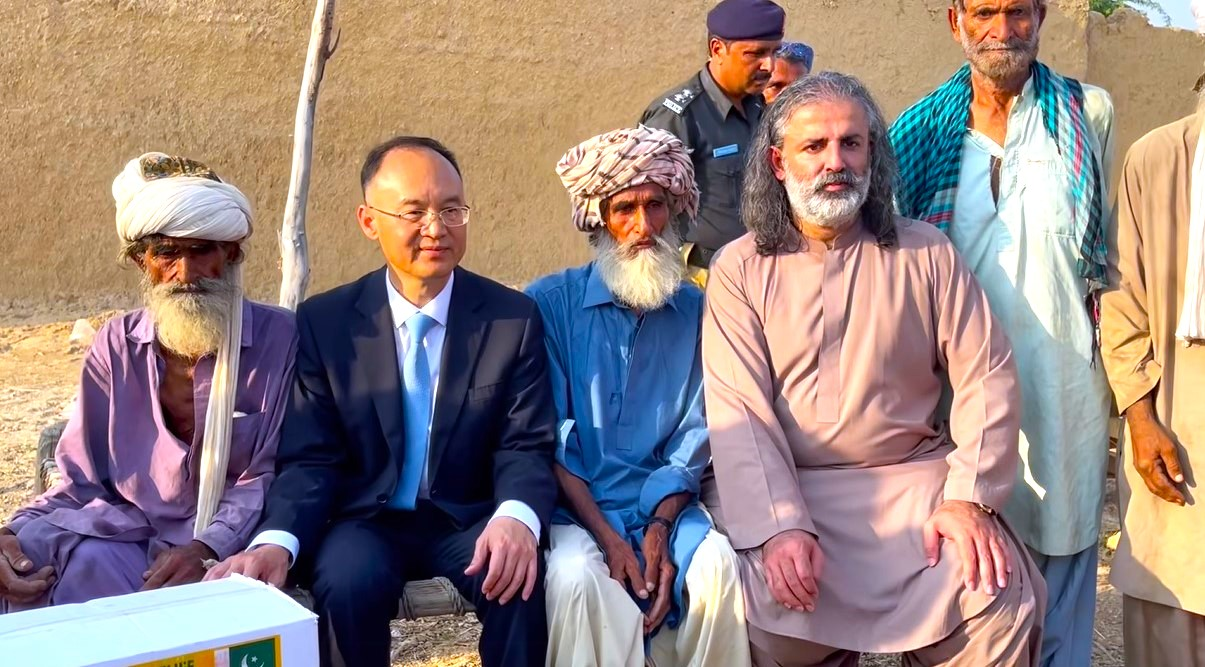 Chinese Ambassador and Shah Zain Bugti along with local tribesmen. [Photo grabbed from a video]

Besides announcing the setting-up of a cement factory in Dera Bugti, Mr. Rong said that officials from a Chinese company have come along which has been “very successful in planting chilies in Pakistan nearby Dera Bugti”.

Shah Zain Bugti, while welcoming the announcements made by the Chinese Ambassador, said “If the Chinese government invests in cement, it will create thousands of jobs”, adding “Of course, the residences of the locals will definitely transform from mud houses to new houses; they will have education facilities, health facilities, and much more”.

The Minister thanked the Chinese ambassador for coming to Balochistan and especially to Dera Bugti during this hard time.

Earlier Ambassador Nong Rong said that the Chinese attached great importance to assisting their Pakistani brothers and sisters and the Chinese Government had announced materials worth RMB 4 million to assist Pakistan in the face of devastating floods. He also visited houses and interacted with local tribesmen and tribeswomen. Children carrying Pakistani and Chinese flags welcomed the ambassador by chanting “Pak-Cheen Dosti Zindabad (long live Pak-China Friendship)”. 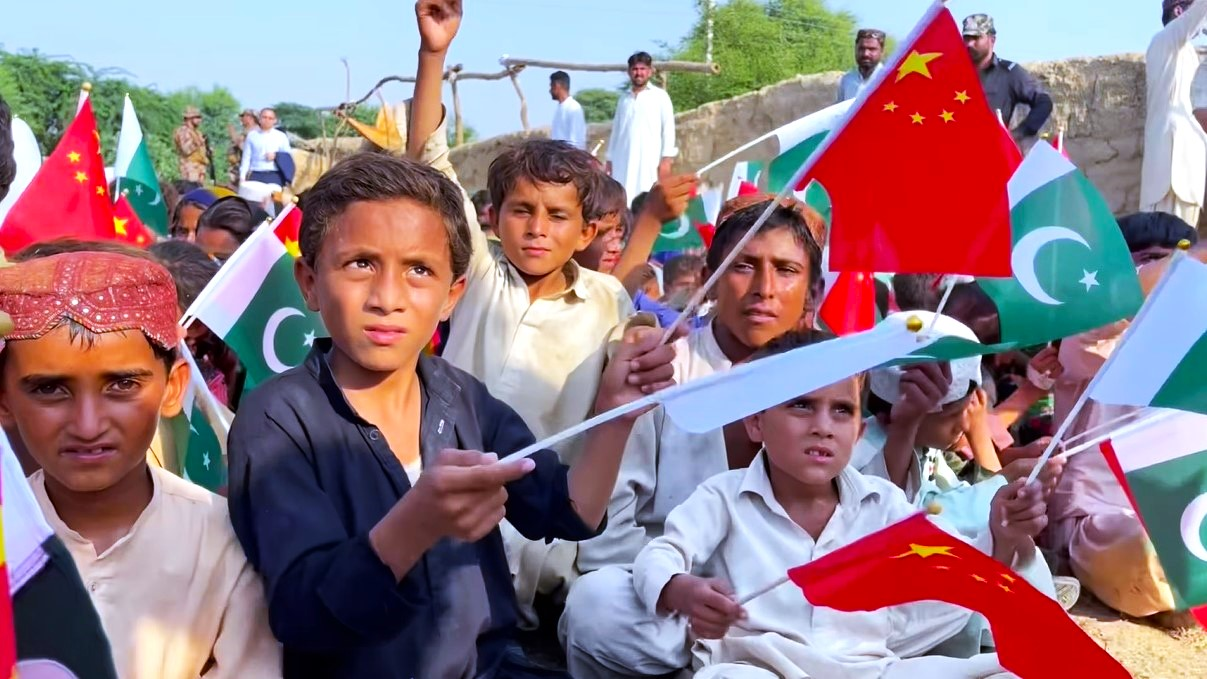 The ambassador said that China was ready to assist in post-disaster reconstruction and promote mutually beneficial cooperation.