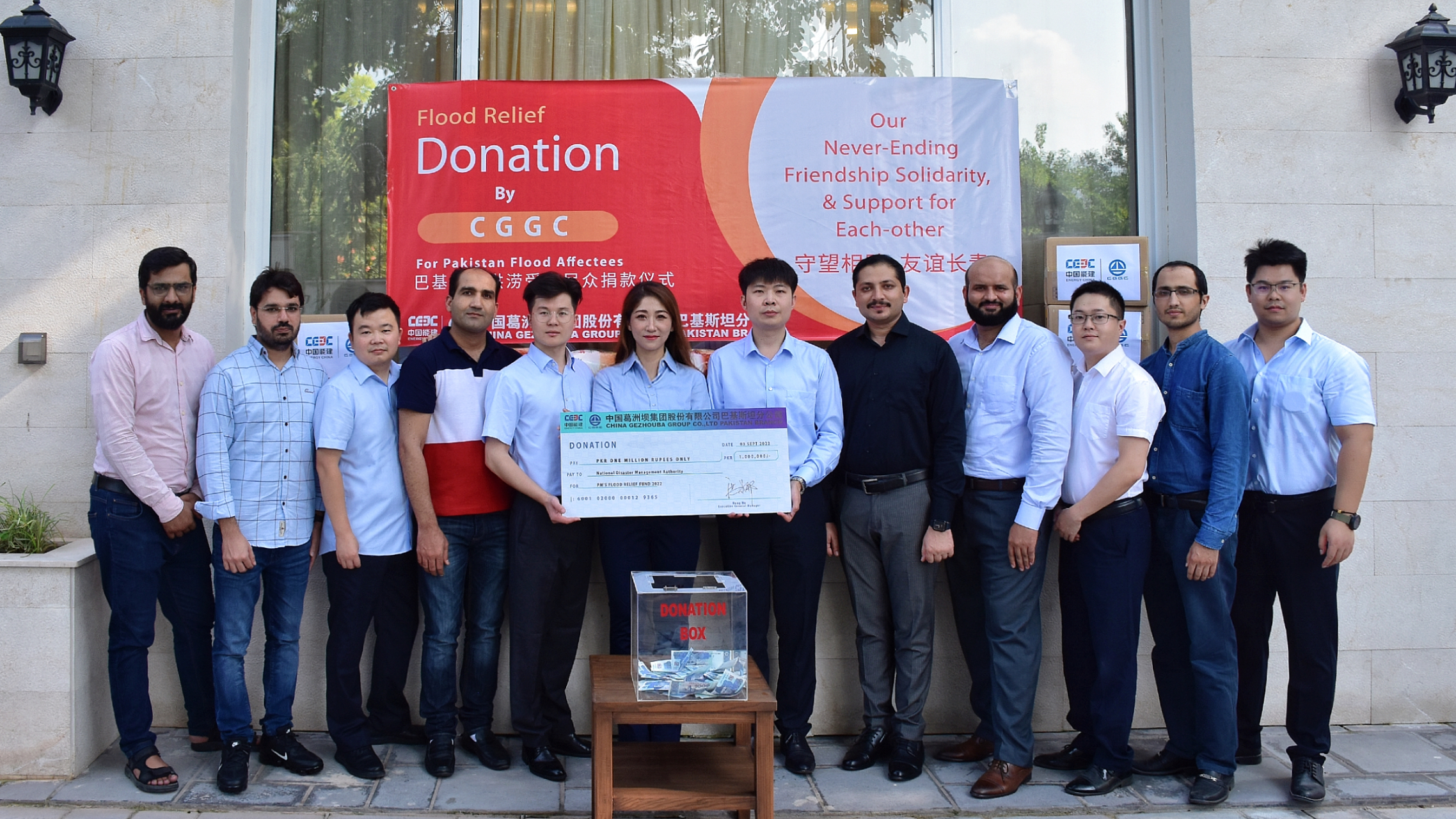 “We’ve been working here for nearly 15 years, and Pakistan is a second home for us. We feel deeply sorry for our iron brothers and sisters suffering from the disaster, and would provide what we can to help them pull through,” Hong Na, General Manager of China Gezhouba Group Company Limited Pakistan Branch said at the donation ceremony.

The company had also worked together with the locals to rescue roads and bridges that were destroyed by hill torrents after a sudden rainstorm triggered a landslide and caused flash flooding near the SK Hydropower Project in Kaghan Valley, Mansehra District on August 25. 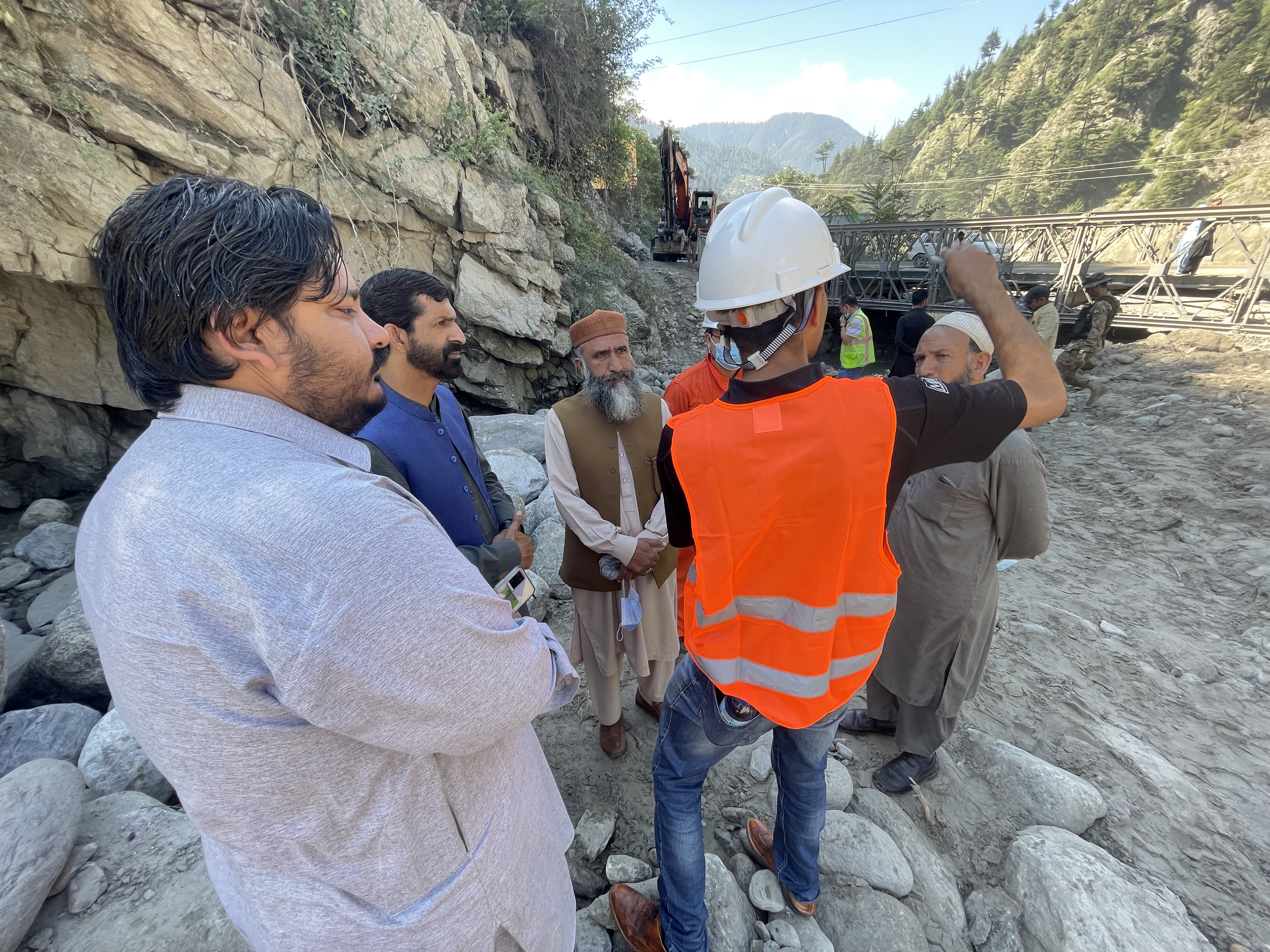 “Dozens of bridges around SK Hydropower Project were damaged by floods to varying degrees, posing a serious threat to the safety of passengers. After learning about this situation, we arranged professionals to conduct safety inspections on bridges and provided on-site construction equipment and materials to repair the bridges in time,” staff from the project told Gwadar Pro.

Earlier in July, several parts of the Karakoram highway, a vital communication line in northern Pakistan, were cut off due to rockfall from concessional torrential rains and mud-rock flows, leaving local people stuck in the inner land. 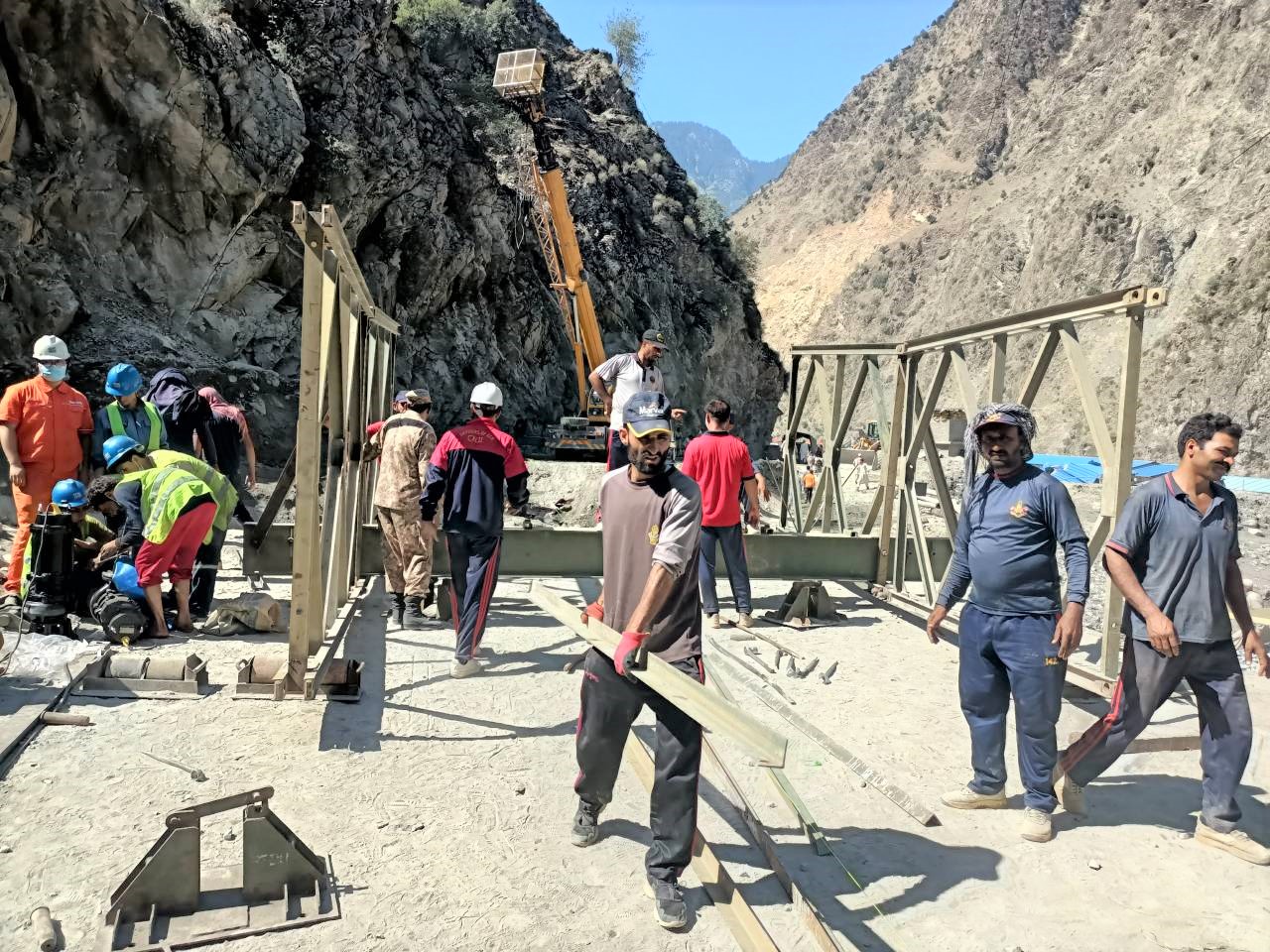 To restore traffic in time and ensure smooth transportation of relief materials, Chinese engineers assisted their Pakistani counterparts to conduct urgent repairs of Uchar Bridge and Bailey Bridg that link the Karakoram highway and provided mechanical equipment and engineering materials to clean up the road.

There are more Chinese enterprises standing with the Pakistanis at this difficult time. It’s reported that the All-Pakistan Chinese Enterprises’ Association (APCEA), with the contribution of its 28 member enterprises, had donated PKR 15 million to the “Prime Minister’s Flood Relief Fund, 2022”, to provide relief and rehabilitation to the affected population.

China announced last week it will provide another 300 million yuan of relief supplies to Pakistan and share the experience in disaster relief and provide support in post-disaster reconstruction.

The death toll from devastating floods across Pakistan has jumped to 1,355, with 12 fresh casualties reported in the past 24 hours, official statistics showed on Wednesday. As many as 33 million have been affected in the disaster that has left hundreds of thousands homeless and caused losses of at least $10 billion, officials estimate.