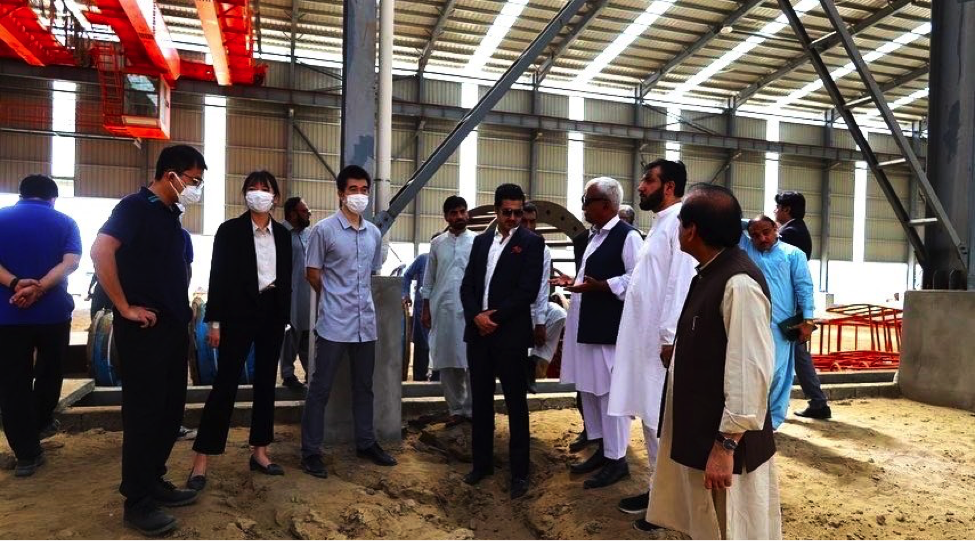 NOWSHERA, Sept. 4 (Gwadar Pro) – As the construction  at the Century Steel Ltd. plant in the Rashakai Special Economic Zone (RSEZ) is in full swing, the facility is expected to be operational next year with an annual production of half-a-million tons in the first phase. Upon completion in three phases, the annual production of the plant owned by Fuzhou Julitaihe International Company of China will reach up to 1.5 million tons.

SACM-KP Abdul Karim Tordher along with the officials of Khyber Pakhtunkhwa Economic Zones Development and Management Company (KPEZDMC) and KP-Board of Investment & Trade (KPBOIT) visited RSEZ on Friday and conducted a detailed site inspection to monitor the ongoing development in the zone. They also visited the under-construction site of Enterprise Century Steel which has a total area of 20 acres.

The delegation led by Abdul Karim Khan updated the Chinese officials on the grid station which is expected to be energized by the end of this year. The work on 160MW and 132 KV grid stations is in progress.

Century Steel’s project will create around 1,000 direct and indirect jobs for the local population.

The RSEZ is located at an ideal place, which is the confluence of the major five districts of KP and is reachable via a network of roads, motorways, and railways. The Government of KP, KPEZDMC and China Road and Bridge Corporation (CRBC) are developing RSEZ, which is spread over an area of approximately 1,000 acres of land. RSEZ is expected to provide 200,000 direct and indirect employment opportunities to the locals.