LAHORE, Sept. 1, (Gwadar Pro)- The Matiari-Lahore ±660 High Voltage Direct Current (HVDC) Transmission Line Project in Pakistan, funded and constructed by State Grid Corporation of China, marked its first anniversary of commercial operation on Thursday. The project overcame the adverse effects such as severe wind and abnormally high ambient temperature and maintained a safe and stable operation for 365 days with an availability rate of 99.84%. The project has provided consistent, high-quality and clean electricity for nearly 10 million local households, and the cumulative electricity transmission amount is approximately 12.7 billion KWH. 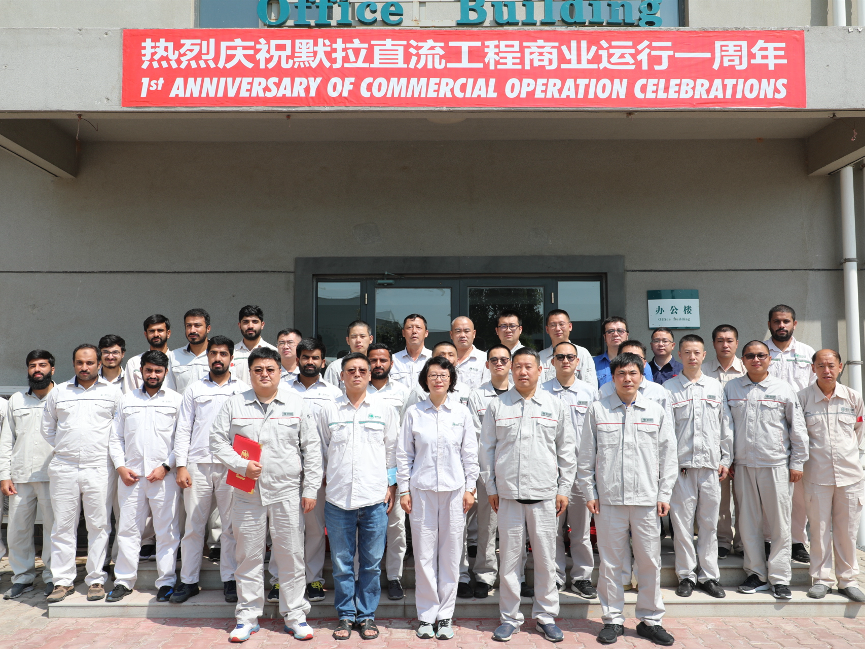 The Matiari-Lahore Transmission Project adopts China’s independent intellectual property—±660 KV DC transmission technology to construct 886-km DC transmission lines and converter stations at both ends, with a transmission capacity of 4 million KW. Construction of the project commenced in December 2018 and was officially put into commercial operation in September 2021. Since the project was put into operation, it has effectively prevented the decoupling of the North-South power grid, improved the reliability of Pakistan’s power grid operation, and significantly enhanced Pakistan’s energy and power infrastructure and its ability to serve societal and economic development.

The project is the main artery of Pakistan’s south-to-north power transmission, and it is a vivid practice for China and Pakistan to achieve mutual benefit and win-win results in the energy field. The project generated 7,000 local jobs during the construction period. Since entering the operation, 245 Pakistani employees have been employed, accounting for 78.5% of the total number of employees. A total of 7,832 Pakistani staff trainings have been carried out, training the first batch of DC technical and operation and maintenance personnel for Pakistan, which has become a model project for the localized operation and management of CPEC.

During its operation, the project attaches great importance to environmental protection, planting more than 50,000 trees in seven local cities and regions, and was awarded the “Annual CSR Award” by the National Forum for Environment & Health (NFEH), Pakistan. In the ongoing flooding in Pakistan, the project team has donated 600,000 rupees to the affected local people and plans to provide appropriate condolences and subsidies to the affected employees.