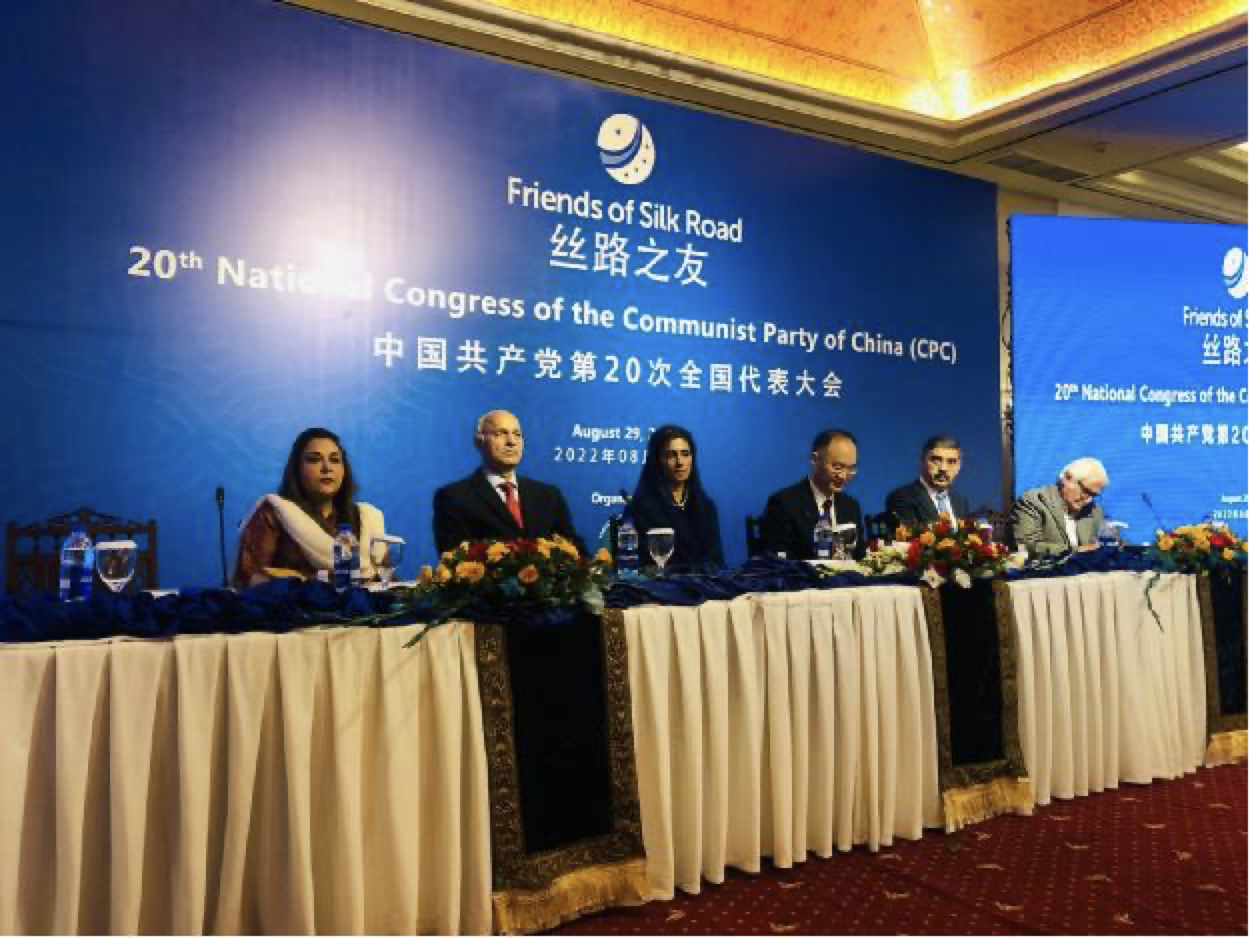 The ambassador was speaking at the special event of “Friends of Silk Road (FOSR)” on the upcoming “20th National Congress of Communist Party of China (CPC)” hosted by the Pak-China Institute (PCI).

Hina Rabbani Khar Minister of State for Foreign Affairs said “China’s rise is a modern miracle. This goal cannot be achieved without the leadership of the Communist Party of China”. She further said that China is Pakistan’s true and most reliable friend. “Our relations are special as they are rooted in the ethos of the peoples of the two countries” Khar added.

Chairman PCI Senator Mushahid Hussain thanked China for providing relief and cash assistance to Pakistan affected by flash floods and property destruction which have left thousands marooned. “As iron brothers and all-weather strategic cooperative partners China and Pakistan have always stood shoulder-to-shoulder with each other through many challenges” Hussain added.

Senator Dr Zarqa Taimur said that CPEC has played a vital role in women empowerment by providing jobs in the different mega projects adding that by building and commissioning power projects of more than 6000 MW based on coal hydropower wind and solar resources on a fast-track basis within the last five years the power projects under CPEC contributed to the quick alleviation of power shortages.

Senator Anwar Kakar said that combined with poverty-reduction results since the late 1970s China is responsible for over 70 percent of the global poverty reduction over the period.