CPEC brings era of green development to Pakistan under BRI

ISLAMABAD, Aug. 20 (Xinhua) -- The China-Pakistan Economic Corridor (CPEC) has brought an era of green development through green projects for future generations to have a healthy environment, officials and analysts have said.

The officials and analysts highlighted the success achieved by the CPEC for green development at a policy dialogue on Thursday organized by the Sustainable Development Policy Institute in Islamabad, which was attended by diplomats, ministers, officials, media persons, think tanks and representatives of Chinese companies working in Pakistan.

Chinese Ambassador to Pakistan Nong Rong appreciated the CPEC Green Development High-Level Policy Dialogue as a valuable platform for gathering wisdom from all stakeholders and jointly promoting the green development of the CPEC.

The CPEC is an important pilot project of the Belt and Road Initiative (BRI), which promotes the construction of green infrastructure, the development of green technology and green finance, he noted.

Nong described how the energy sector is one of the fastest growing and most fruitful areas of cooperation under the CPEC.

"Green development of the CPEC is boosting local employment and skill up-lift in Pakistan and also enhancing Pakistan's green and sustainable development capacity," said the ambassador, adding that China is ready to make use of its experience and technology in related fields to assist Pakistan to realize its vision for green development. 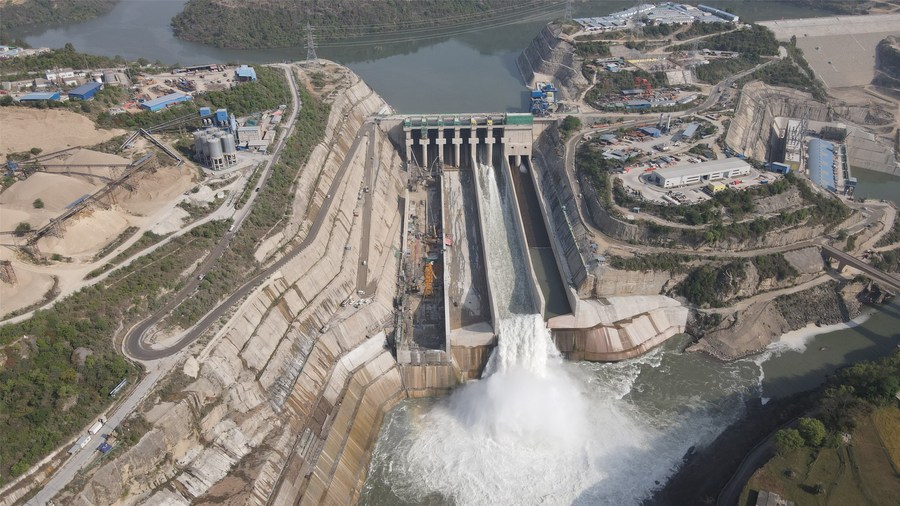 "China's investments under the CPEC supported the development of infrastructure and introduced alternative energy sources. The success of the CPEC has become a milestone for Pakistan, which would provide a foundation for the development in the decades to come," said Ahsan Iqbal, the federal minister for Planning, Development and Special Initiatives.

Iqbal said that the CPEC converted Pakistan into a good investment destination and changed its energy deficiency to energy sufficiency, adding "the environment was an ideal component of the CPEC since its start."

Describing the impacts of global warming and weather changes on Pakistan, the minister said that Pakistan would join hands with China for colossal cooperation to initiate more green development projects under the CPEC for future generations.

During the dialogue, Ambassador of Pakistan to China Moin ul Haque commended CPEC projects for taking environment, ecology, and biodiversity into consideration, saying that the CPEC has transformed the landscape of Pakistan with its all-encompassing nature and has driven development and employment in the remotest areas in Pakistan.

Executive Director of the Sustainable Development Policy Institute Abid Qaiyum Suleri said that the green development of the CPEC is crucial because Pakistan has witnessed the unprecedented challenges of extreme climate events in recent years in the form of flash floods and heat waves.

Suleri appreciated the current green development cooperation under the CPEC and stressed the need for further cooperation between the two countries to focus on agriculture and livestock farming.