XI’AN, Aug 19 (China Economic Net) – Armed with military armour and a rifle, a foreign soldier collaborates with his Chinese counterparts to fight against villains in a street lined with high-rise buildings. This is a scene in a Chinese scientific film entitled The Infinite Block, which was recently released on Tencent Video and iQIYI, two popular streaming websites in China. 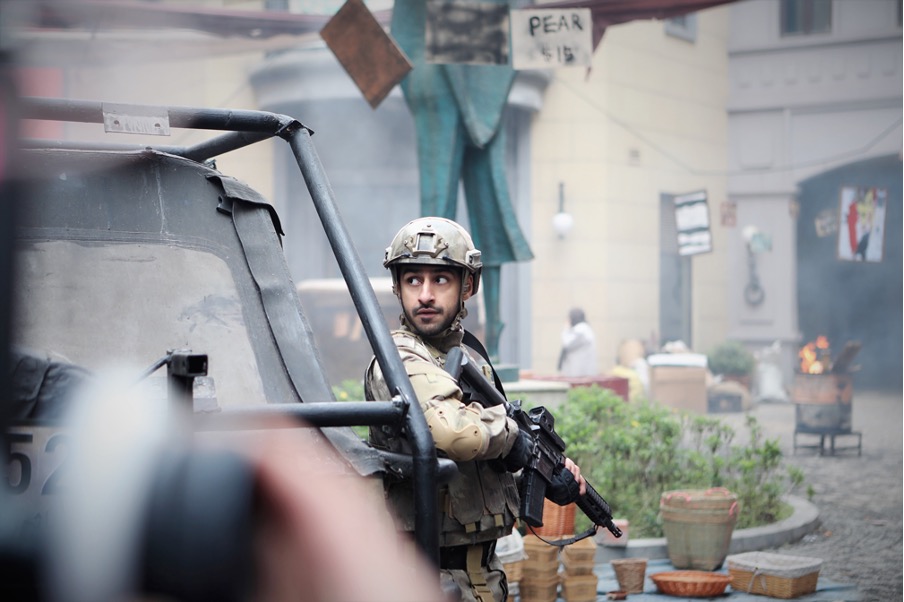 The foreign soldier in question is played by Anees Qadir, a Pakistani actor based in China’s northwestern city of Xi’an. Four years into the Chinese entertainment industry, Anees has performed in five Chinese TV series and four Chinese films.

The Infinite Block, the third film he participated in, carries special importance as he plays the second lead role in it, Anees told China Economic Net (CEN). “In the film, I had this leading role as a foreign soldier, and it involved a lot of actions and fight scenes,” the Pakistan actor noted, “but I managed to finish the shooting even though I never learned kungfu.”

But lead roles do not come lightly, as per the Pakistani actor. Starting out as an aeronautics engineering student at a top university in Xi’an, Anees made the foray into the advertisement industry as a model upon graduation before venturing into the film industry with his first role in a Chinese documentary film.

“Before coming to China, I worked as a radio broadcaster RJ on FM 105 for three years where I started my media career,” he told CEN. His acting skills, he said, are self-taught and polished by practising scripts and filming and reviewing his own performance.

As for the Chinese scripts, Anees has to first have them translated to understand the scene and the role before transforming them into Pinyin, the romanisation system for Standard Mandarin Chinese, to recite the lines.

“Two of my latest works will also be released at the end of this year: one film and one TV series,” Anees excitedly shared with CEN. In the upcoming TV drama, he worked with Yang Shuo and Jiang Xin, two well-known Chinese actors with a large following in China.