FUZHOU, July 25 (China Economic Net)- “As one of the main olive producing areas in China, the processing industrial chain in Fujian Province is still far from perfect. The supply of high-quality olives is in short supply; besides, the by-product market also contains unlimited potential. Namely, the market space is huge. In the future, if we can introduce excellent olive varieties from countries along the Belt and Road, including Pakistan, and carry out planting and processing technology exchanges with them, undoubtedly it will be a win-win situation,” noted Chen Rui, General Manager of Fujian Baihejiang Industrial Development Co., Ltd., in an exclusive interview with China Economic Net. 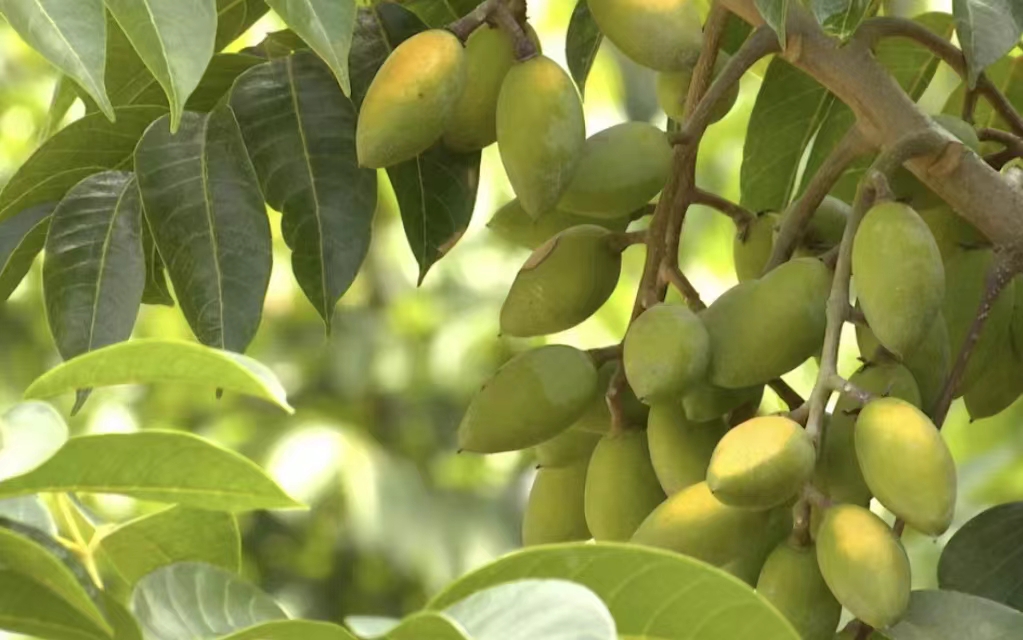 Edible olives are rich in nutrients, providing protein, carbohydrates, fat, vitamin C, calcium, phosphorus, iron and other minerals. Its content of vitamin C is 10 times that of apples and 5 times that of pears and peaches. Pakistan, which has a large area of land suitable for growing olive trees, can produces about 1,500 tons of olive oil and 830 tons of table olives per year, all of which are consumed domestically. Now, Pakistan is the only South Asian country to be included in the International Olive Council. Farhan Pasha, the science officer in charge of the olive program at the Barani Agricultural Research Institute, told CEN that the main areas in Pakistan fit for olive cultivation are Balochistan, KPK and Punjab, etc. Pakistan has 10 million acres of land suitable for olive cultivation, which is almost twice as much as Spain, the world's largest olive oil producer.

Nevertheless, the cultivation and processing of edible olives in Pakistan is facing a series of challenges, which also brings opportunities for agricultural cooperation between China and Pakistan in this field.

According to Farhan Pasha, Pakistani olive growers often need to use costly imported fertilizers or pesticides when faced with pests and diseases, but this is beyond the purchasing power of most ordinary farmers. Therefore, if China provides effective measures to increase production or control pests and diseases, this will be the most ideal result. Chen put forward a specific plan for this, “Biopesticides are our best choice due to ordinary pesticides may cause soil hardening or pesticide residues. Even the most common biological materials such as well-proportioned ginger and pepper spray can have a very good sterilizing and insecticidal effect. In terms of pest control, we use breeding beneficial insects, such as ladybugs, to kill pests.” 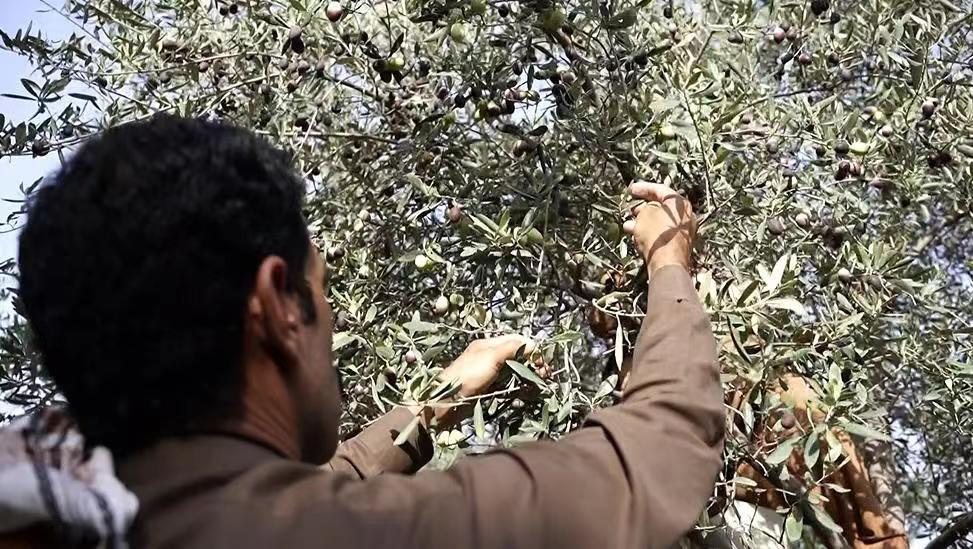 As for fertilizers, Chen emphasized that in most cases, his olive orchard chooses organic bio-fertilizers, such as chicken and sheep manure, which are of great help in increasing production. At present, there are two main varieties of edible olives, in his orchard, with a total planting area of about 2,500 mu (about 166.67 hectares). In the past five years, the annual output has been about 500,000 kilograms, and the annual output value can reach 50 million yuan. Among them, Meixiang No. 2 has outstanding yield, with each tree can bear 250-400 kilograms during the annual picking season in August.

“Under the framework of CPEC, we have cooperated closely with China in many fields, so in this respect they can provide high-level support in terms of agricultural technology. At present, in our olive growing area, when the orchard is too humid due to climate and other reasons, pests always arise freely. So, if we can collaborate, we need to transform advanced technology learned from high-level agricultural jargon into easy-to-understand knowledge that can be conveyed to our farmers,” mentioned Dr. Ramzan Ansari, who is in charge of olive research at the Barani Agricultural Research Institute. 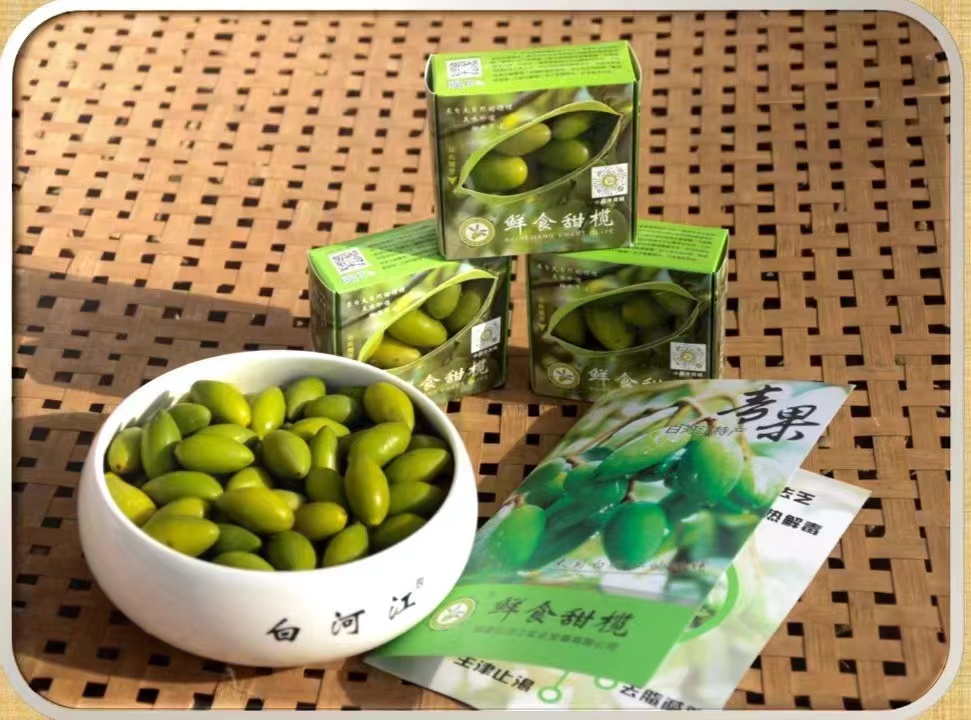 Experts believe, as agriculture is one of the key sectors in Pakistan’s economy, both countries should deepen and expand cooperation in the agriculture sector under CPEC. Pakistan can adopt the latest Chinese technology for the cultivation of olive plants.

Against the backdrop of successful cultivation of cash crops such as chili peppers, a joint venture between China and Pakistan for olive cultivation and processing is also a viable solution. Inam ul Haq, who works as a horticulturist at the Barani Agricultural Research Institute in Chakwal, has included Chinese investment in his plans. “In the future we plan various joint ventures with Chinese counterparts as we can take advantage of their expertise, since the world understands their knowledge and praises them." Dr. Ramzan Ansari suggested that some areas with high agricultural potential, including the Potohar region, could become exclusive agricultural zones under CPEC.

In addition, professionals from both China and Pakistan have high expectations for the olive by-product processing industry. “Taking Fujian as an example, main olive by-products include juice, syrup, honey, preserved fruit, tea, vinegar, beverage. Among them, olive tea is made from olives and black tea with ingredients such as ginger and olive salt, which is very popular with the local people. In addition, the olives can increase the aroma of the tea, making the aroma more lingering,” Chen told CEN. 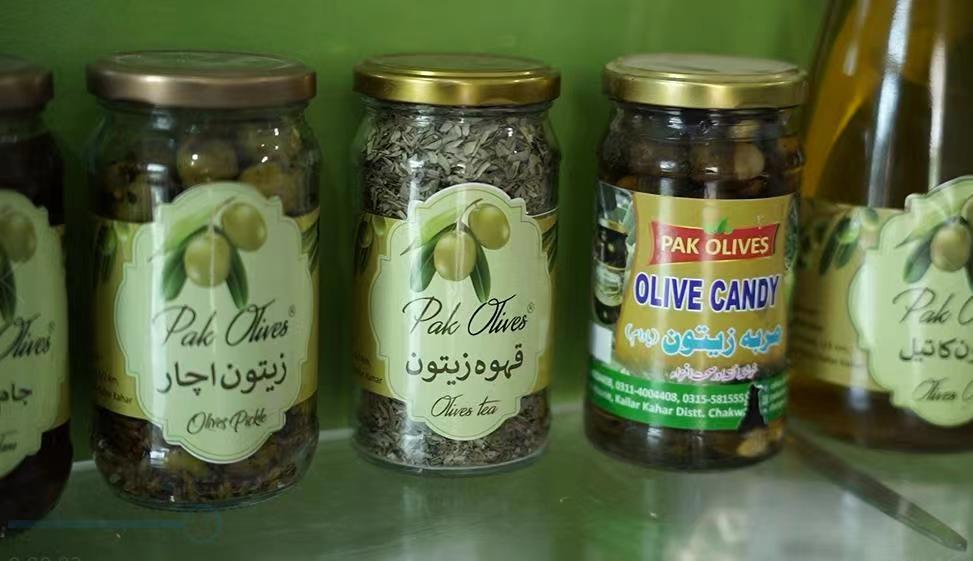 “The processed products of olives have very high added value, such as pickled olives, olive tea, olive sugar, and the like. The residue left after processing olives can also be used for livestock feed. We can cooperate with Chinese research institutes or enterprises, and I hope our government can play an active role in policy guidance and industry support. By now, we have introduced pickled olives to some Chinese dealers, who are very interested in it and expressed that they will seize the opportunity to promote cooperation between the two parties,” Syed Yousaf Ali, an owner of olive orchard at Sehgal farmhouse Kallar Kahar, echoed confidently.