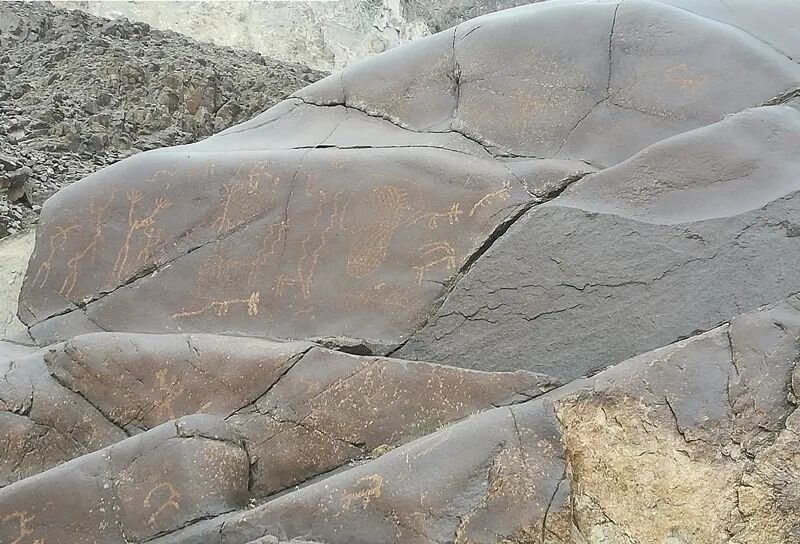 GILGIT. Jul.8(Gwadar Pro) - While acknowledging its contribution to the protection of rock carvings at Diamer Basha Dam Project (DBDP) site, PowerChina has received a "letter of thanks" from the Pakistan Water and Power Development Authority (WAPDA), the Chinese company stated on Thursday.

“This has laid a solid foundation for joint protection of the historical and cultural heritage of Pakistan,” stated PowerChina.

In 2020, WAPDA started the implementation of Cultural Heritage Management Plan in the project area to protect prehistoric rock carvings and inscriptions from being submerged in water reservoirs. For this purpose, the authority started setting up a museum and promoting cultural tourism in Gilgit-Baltistan, particularly in Chilas and its suburban areas. The state-of-the-art Cultural Heritage Management Plan for the Diamer Basha Dam Project has been devised by international experts.

As per details of the Cultural Heritage Management Plan, about 5000 most important rock carvings and inscriptions ranging from the 7th millennium B.C. to the 16th century A.D are to be 3-D scanned, documented, replicated, and relocated. Protective treatment is also planned to be applied for important carved rock surfaces in the water reservoir drawdown band in addition to the on-site protective mitigation through barriers, screens, signage, bracing, etc. Preservation of rock carvings would not only provide an insight into the history of various people with different social, cultural, and political traditions as well as religious beliefs but also exhibit the strategic importance of the region.

WAPDA has strategized the implementation of the Cultural Heritage Management Plan side by side with construction activities on Diamer Basha Dam Project. DBDP is being constructed on River Indus, which is scheduled to be completed in 2028-29. PowerChina in a JV with Frontier Work Organization (FWO) is constructing MW-1 Dam as part of DBDP. The Project will have a gross water storage capacity of 8.1 MAF to irrigate 1.23 million acres of additional land. With an installed power generation capacity of 4,500 MW, the project will provide more than 18 billion units per annum to the National Grid.