TCM to help build community of common health for mankind 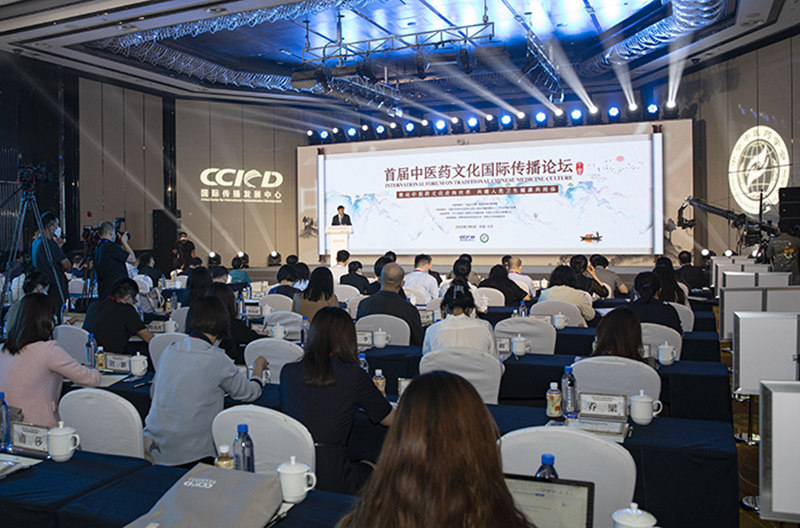 The first International Forum on TCM Culture is held on July 5, 2022 in Beijing, China. [Photo provided to China Economic Net]

“We will work with countries with willingness to build high-quality TCM centers, hospitals and industrial parks. We hope to integrate TCM into the jointly building of Belt and Road Initiative (BRI) and make TCM an important carrier for the building of a community of common health for mankind,” said Yu Wenming, Chairman of China’s National Administration of TCM.

Yu made the remarks at the first International Forum on TCM Culture held on July 5, in Beijing, which is jointly hosted by China Center for International Communication Development and China Association of Chinese Medicine.

Addressing the forum, Wang Qi, an academician with the Chinese Academy of Engineering (CAE) and also a great TCM master, pointed out that TCM should integrate with Artificial Intelligence, big data, and the Internet to serve people’s healthcare globally.

“TCM should go global and become a messenger of health for strengthening people-to-people bond,” said Wang.

“Now, we propose to take full advantage of ‘Cure a disease before its onset’, a major feature of TCM, to build the second line of defense against COVID-19 pandemic,” said Zhang Boli, an academician with CAE, in his video speech.

Zhang has made the world recognize the power of TCM by leading an expert team to treat COVID-19 infections in Wuhan.

Du Zhanyuan, president of China International Communications Group, said that “TCM itself is a bridge, a bond and a prescription. It can better get people together to build a community of common health for mankind. TCM could also act as a bridge to promote mutual understanding and cultural exchanges between China and the rest of the world.”

According to Yu, TCM is now available in 196 countries and regions, with the establishment of about 30 TCM centers abroad and 56 international TCM cooperation centers.

Amid the construction of the China-Pakistan Economic Corridor (CPEC), the two nations have jointly built the Sino-Pakistan Cooperation Center on Traditional Chinese Medicine and China-Pakistan Joint Research Center for Nutrition and Health, aiming to serve people’s health and well-being, and strengthen the traditional friendship.

Zhang Boli, an academician with Chinese Academy of Engineering, delivers a speech via video at the first International Forum on TCM Culture held on July 5, in Beijing, China. [Photo provided to China Economic Net]