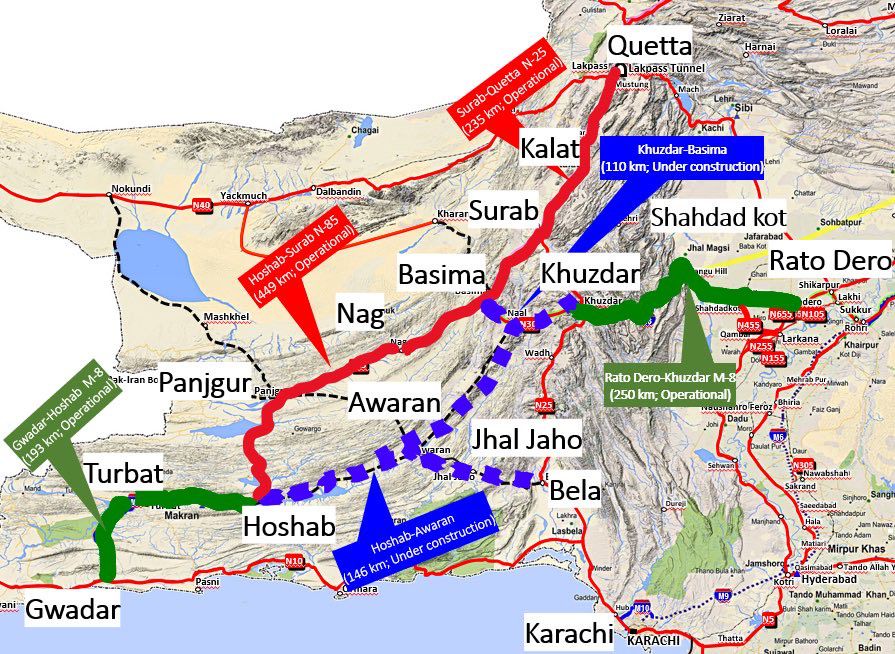 The National Highway Authority had floated the project with an estimated cost of Rs6.06 billion. However, the ZIEC-PTA joint venture offered to build the road for Rs5.15 billion. A contract has been signed with the JV for the purpose, NHA revealed on Friday.

The project is part of the government’s plan to rehabilitate and widen the Hoshab-Bela road, which connected Gwadar and Karachi in the past but was later abandoned after the construction of Makran Coastal Highway in 2004. The road remained in dilapidated condition for nearly two decades until the government decided to remodel it as part of the central alignment of China-Pakistan Economic Corridor (CPEC) to link the Gwadar port with Karachi port and Sindh.

The link, when completed, is expected to bring back economic activities in the least developed Awaran district of Balochistan. It will not only restore Awaran its status of a connectivity pivot between Sindh and Balochistan, but will also help the locals transport their agricultural products to Karachi for better return.

The ZIEC-PTA joint venture is also building Quetta-Khuzdar section of the N-25 Highway as part of the CPEC western alignment.

Apart from the Makran Coastal Highway and the Khuzdar-Basima Road, the Hoshab-Bela road will serve as the third east-west link between the western and eastern alignments of CPEC to connect Gwadar with Sindh. These central corridors were announced as part of the Rs400 billion South Balochistan package of the federal government to end deprivation and spur economic activities in the most underdeveloped areas of the province under CPEC.