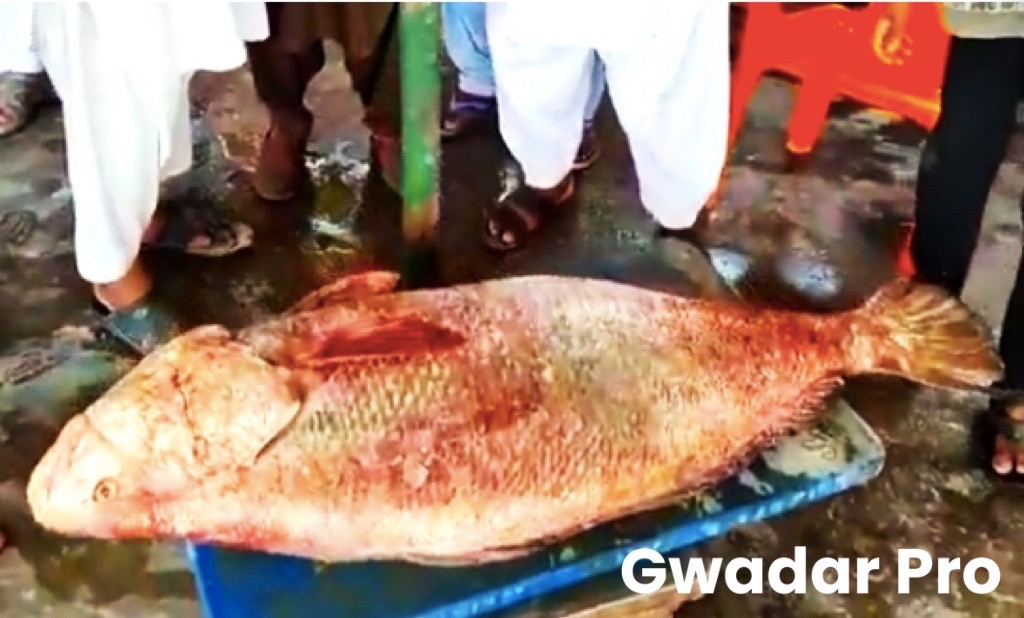 GWADAR, May 28 (Gwadar Pro) - A fisherman became an overnight millionaire in Jiwani, Gwadar, after catching a croaker fish, which he sold for over Rs13.4 million at a local market. The fisherman caught the fish on Thursday, which weighed 48 kg.

“Croaker is called Sowa in the language of local fishermen. They are no less than gold for fishermen,” Sahib Gul who deals in fish at Karachi, told Gwadar Pro via phone. Croaker is also called “Kir” in the Balochi language.

Mr. Gul said that one time croakers were sold at a very low price and were mostly sent to Sri Lanka. “However, the price of croakers skyrocketed as local businessmen gained access to markets in China, Japan and the rest of the world,” according to Sahib Gul, adding, in China and Japan, croaker soup is the food of the elite class.

According to Dr. Saifur Rehman, the special thing in croaker fish is the air-bladder in the chest which is used for medicinal purposes. “Threads made from the bladder of fish are used to sew the internal organs of the human body; they are absorbable and you don’t need to remove them once used in surgery,” he said.

Last May, another fisherman from Jiwani had caught a 48 kg croaker fish which was sold at a Rs8.6 million.

Croaker fish has high demand in the Chinese markets. According to a news report, “a single swim bladder could fetch as much as Rs50,00,000 per kg in the Hong Kong or Guangzhou market”.

Having access to the market, where one can sell his products/stuff at the desired price, is nothing short of a blessing. As China-Pakistan Economic Corridor (CPEC) is transforming Gwadar into an international market, it will also offer local fishermen the opportunity to sell their fish at good prices, which will help economically empower local fishermen.