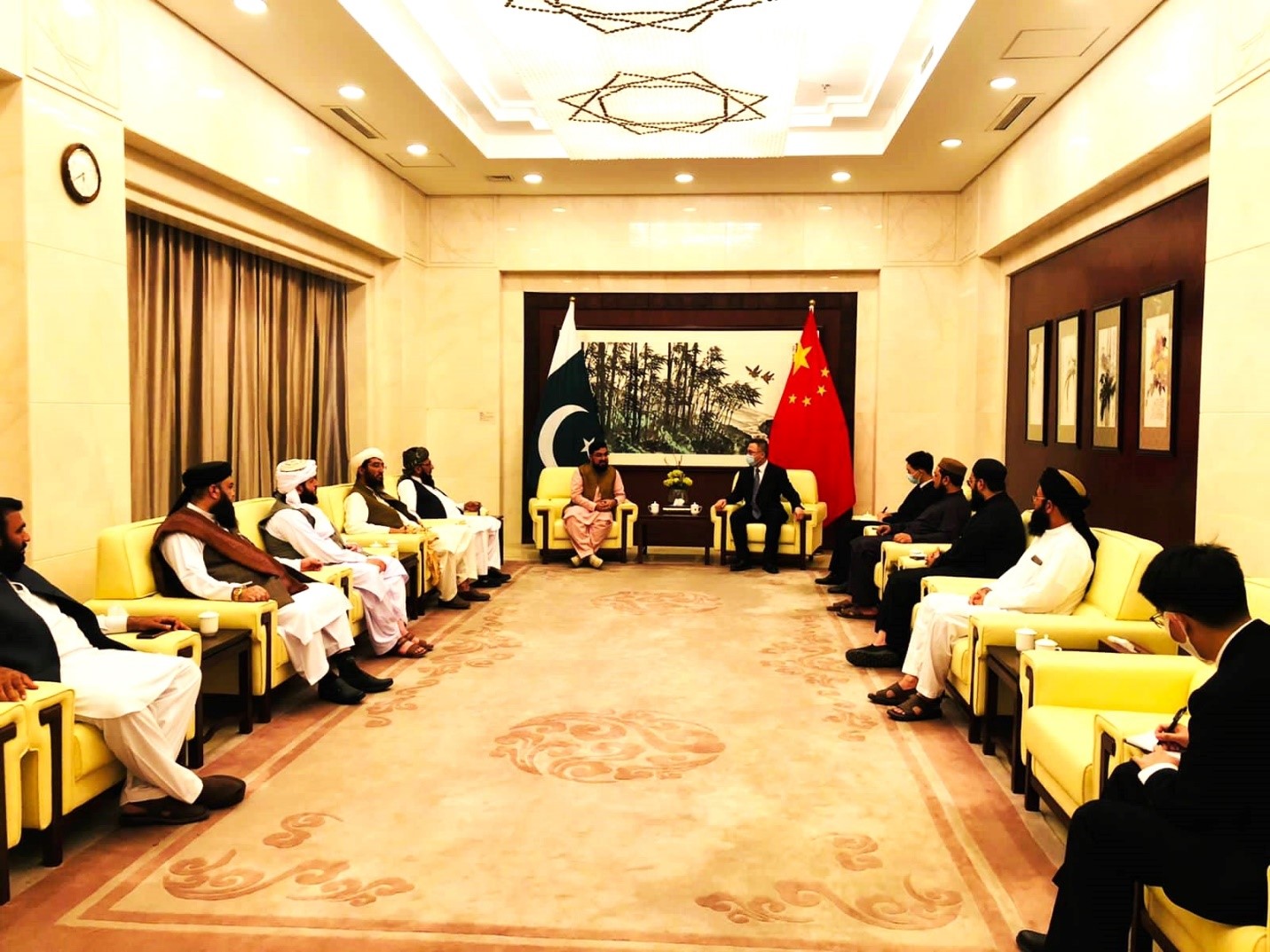 Religious scholars at the Embassy of China in Islamabad. [Photo provided by M. Israr Madani]

ISLAMABAD: A delegation of Muslims scholars on Monday visited the Chinese embassy in Islamabad to send condolences to the Chinese and Pakistani victims of terror attack at the Confucius Institute of the University of Karachi.

The delegation strongly condemned the terrorist attack and offered its sincere condolences. The said ulema called “suicide bombing” un-Islamic and said that Islam does not allow the taking of innocent lives.

Chinese diplomats thanked the Pakistani religious community and appreciated the role of various organizations including religious scholars regarding Pak-China friendship.

Muhammad Israr Madani also wrote his message in the condolence book of the embassy.

Three Chinese tutors and a Pakistani driver were killed while another Chinese was injured in the targeted suicide attack on April 26.