Gilgit-Baltistan: a testimony of Pak-China friendship

Passing through one of the world’s highest paved roads of Karakoram highway, crossing the well-constructed long tunnels and bridges, Gilgit-Baltistan no doubt shows a true testimony of Pak- China friendship, as most of the development took place in the region was under CPEC.

While traveling across the northern areas of Pakistan from Islamabad to Khunjerab pass there was an eye-witness account by Gwadar Pro correspondent that include upgrading and renovation of Karakoram highway and construction of an important project that is Dasu dam. 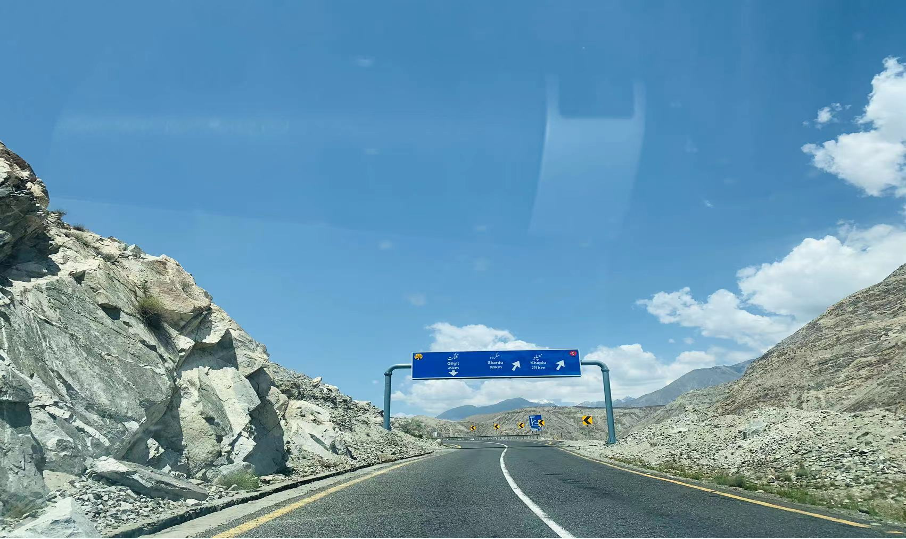 Patch of Karakoram Highway (KKH) from chilas to Hunza

BALTISTAN, May 7, (Gwadar Pro)- Most of the roads and highways towards the Khunjerab pass were found very smooth and well-constructed for driving. However, a few patches of the highway between Dasu and Chilas were still under construction and it was difficult to drive through.

Most impressive was the scenic and natural beauty around northern areas along with well-built tourists’ resorts visited daily by lots of foreigners, including those from China, Korea, Malaysia, and European countries.

The weather was quite warm in all of Gilgit- Baltistan whereas the temperature was low around 4 Celsius at the Khunjerab pass. It was surprising to note that the entry gate of Pakistan- China border was manned by a single security personal. 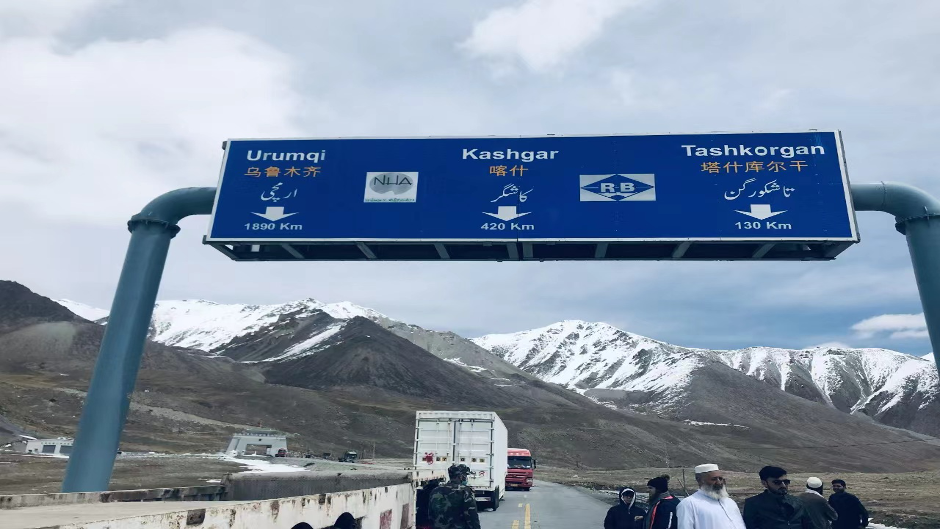 Tourists travel to Pak-China border in large number during summers despite of border being closed till June.

This was reflective of the fact that there is a lot of trust, peace and harmony between the two countries. The security guard told the correspondent that a huge contingent of security staff is not required to guard the border as there is no security threat on either side.

The guard also informed that the current border was closed but likely to be open around 1st June for trade activities between the two countries. 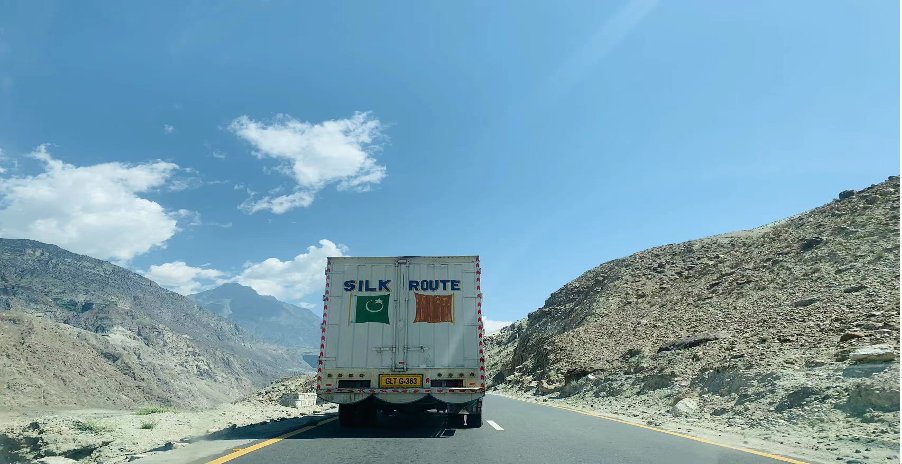 The silk route logo truck spotted at the KKH

It was also witnessed during the traveling towards Khunjerab pass that most parts of the roads were filled with Pak-China friendship signs and posters. It was seen that construction of Dasu Dam was in full swing while the Chinese management at few sites looked very devoted and committed to its early completion.

The Karakoram Highway also known as N-35 with a total length of 1,300 km connects Punjab, Khyber Pakhtunkhwa and Gilgit-Baltistan,Pakistan with Xinjiang Uyghur Autonomous Region, China. The highway provides access to Gilgit and Skardu from Islamabad by road.Tourists now prefer this highway.

Along the highway, the reporter viewed massive 7,000+ meter peaks, beautiful blue lakes, and met some of the most hospitable people on earth. 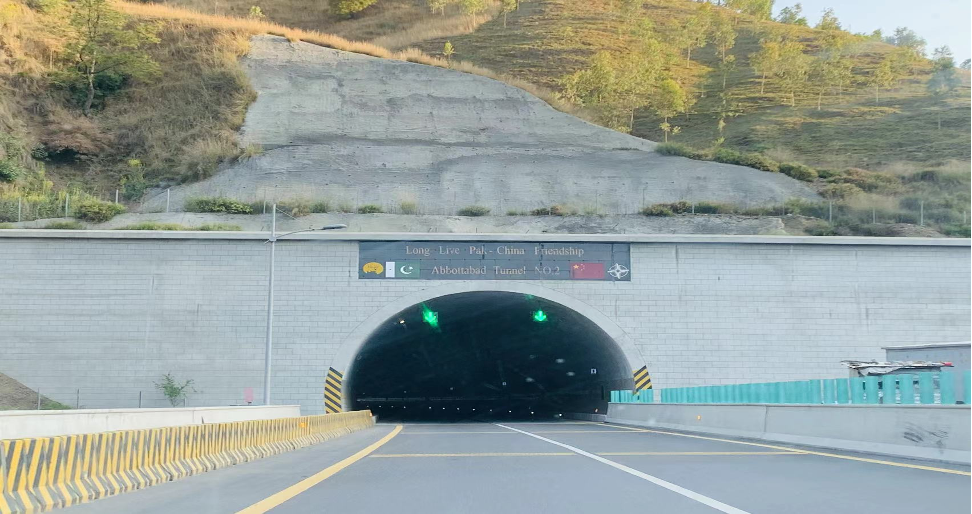