For the security of Sahiwal: Stories of CPEC’s Pioneer 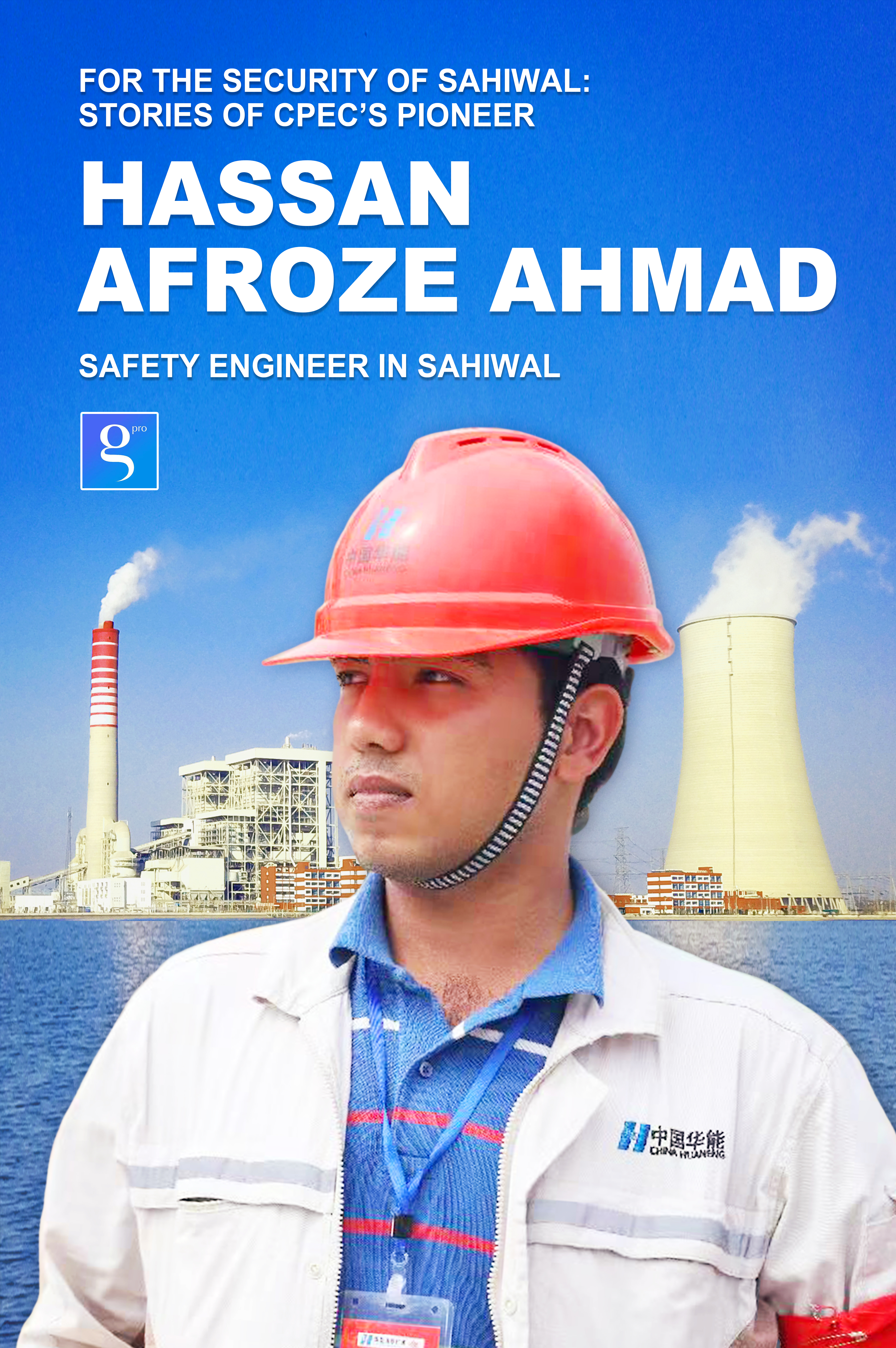 Hassan arrived at the office early in the morning, while many of his colleagues were still in bed. As he did every day, he began preparing to enter the site for a security sweep. Day after day, he has contributed to the same seemingly trivial work. But he never complained, and he never belittled every detail. He always said, "Project safety is no small matter."

Hassan Afroze Ahmad, a security engineer in Sahiwal, has been working hard to ensure the security of the project. “He is an excellent staff member in the eyes of both Chinese and Pakistani colleagues. His serious attitude to work is an example to us all,” Chen Long, spokesman of Huaneng Shandong Ruyi Sahiwal power plant project, said to Gwadar Pro.

2021 is his fifth year in the Sahiwal project department. Hassan graduated in Electrical Engineering from National University of Sciences and Technology (NUST) in August 2016. In November 2016, he joined the Sahiwal project. He is one of the weekly Newsletter editors and publishers of Sahiwal Coal-fired Power Station, and is also the contact person for safety, fire protection and emergency response work between the company and functional organizations such as NEPRA, CPPA, PPDB and NFEH.

Joining the CPEC project seems to be a choice of destiny for him. “When I was studying at university, I heard a lot of information about the CPEC projects. I was very interested and wanted to join them. In 2016, when I graduated, I learned the recruitment information of Sahiwal coal fired power plant in Punjab under the framework of CPEC. The post of the power station was consistent with my major in the university and could give full play to the knowledge I had learned. Therefore, I did not hesitate to apply for the post,” Hasssan recalled.

In the past 5 years, Hassan has made a great contribution to an ordinary post. Safety education and training are part of his job. In 2021, he organized a variety of safety training, training a total of 283 people. He also overcame language differences and translated safety training documents into Chinese, English and Urdu.

Every day, he came to the office early, and entered the project site together with Chinese colleagues to check hidden dangers and urge rectification. “Usually, my work time is until 5:30 p.m. in the evening, sometimes it even extends to 8:00-9:00 p.m. as required by the situation at the power plant,” he said. In 2021, he checked and found 563 problems, with a 99.7% completion rate.

Although it was a hard work, he found it interesting. “Sahiwal thermal power plant has a very multi-cultural workforce and I have helped developed safety education coursework in English and Urdu. Therefore, we can maintain the same standards of safety education for all employees and sub-contractors. As an instructor, I get a lot of opportunities to interact with workers from a lot of different backgrounds and it’s always a pleasure to talk with them. Similarly, planning and conducting drills is an interesting task which brings together safety knowledge with technology and has a certain physical aspect to it as well. Over time I have developed a few ways to accurately evaluate the results of safety training in all employees as well,” Hassan said.

In his spare time from work, he also lives a full and happy life. Hassan told Gwadar Pro: “After work, I usually go for a long walk around the lakes of the power plant and chat with my friends. I enjoy a very amiable relationship with my colleagues. Since I am in safety supervision department, I know most of them through trainings or other activities. I have also had the opportunity to work with a lot of government agencie such as Ministry of Energy, NEPRA, PPDB etc.”

Hassan believes joining CPEC was the best move of his life. “My parents and sister support me very much. They often say: ‘young people should not be afraid of hard work and strive to work hard and forge ahead. We are all proud of you because you are working for CPEC.’ For myself, although I work in Sahiwal, which is 150 kilometers away from my hometown, I have gained knowledge and increased experience, which will be the best memory of my life,” he said.

At the end of the exclusive interview, Hassan said sincerely: “the Sahiwal project and CPEC offer a lot of golden opportunities for young graduates of Pakistan to develop their professional skills and serve their country to the best of their capacity and I would like to urge them to take up this opportunity.”