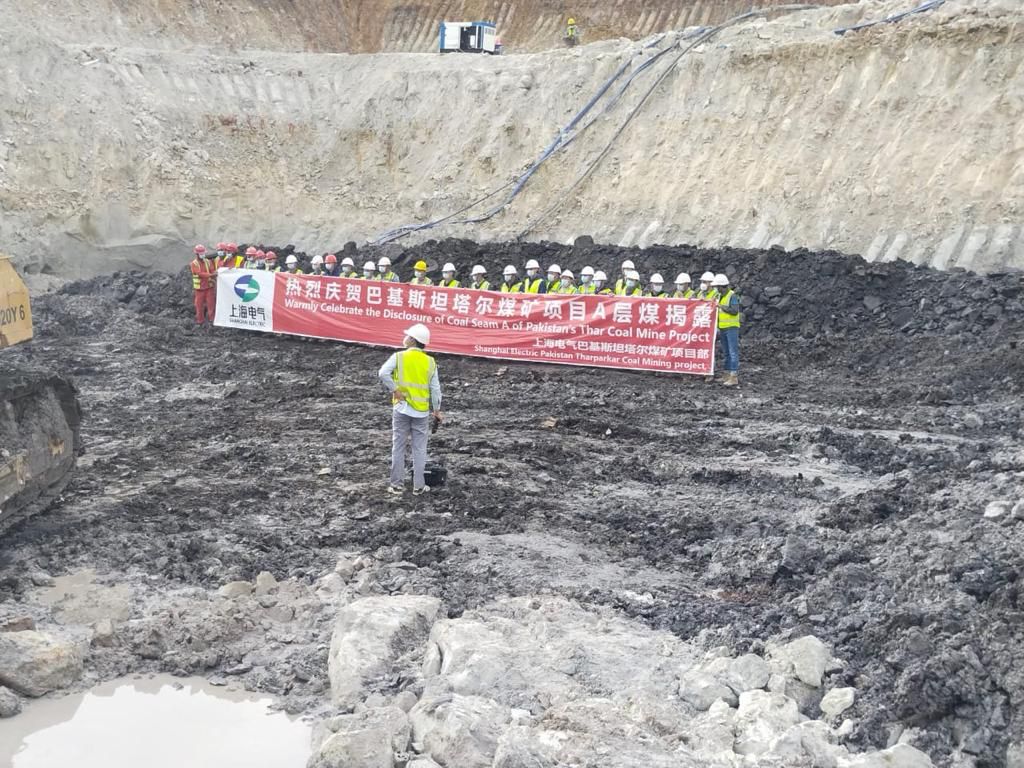 The 145-metre deep coal seam has an estimated reserve of 3 billion tons of coal deposits, according to the company.

The over $3 billion integrated project also includes a 1,320 megawatts coal-fired power project, which is also near completion. The project is most awaited in Pakistan for being a major source of reliable and affordable indigenous coal-based electricity.

An official of the media wing of Shanghai Electric’s Pakistan operations told Gwadar Pro that a ceremony was held to celebrate unearthing of the first coal layer, which was attended by the Chinese and Pakistani staff members of the company.

The official also shared a picture of the ceremony, with the mine workers gathered at the site where the first coal layer was unearthed, and holding out a banner inscribed as, “Warmly celebrate disclosure of Coal Seam A of Pakistan’s Thar Coal Mine Project”.

Ziarat Khan, a senior mining engineer, told Gwadar Pro that it was a breakthrough achievement for Shanghai Electric. The relatively lesser depth of the first seam indicates that the site has vast reserves of coal, he said. This success means that the company is ready to start commercial operations in near future, he elaborated.