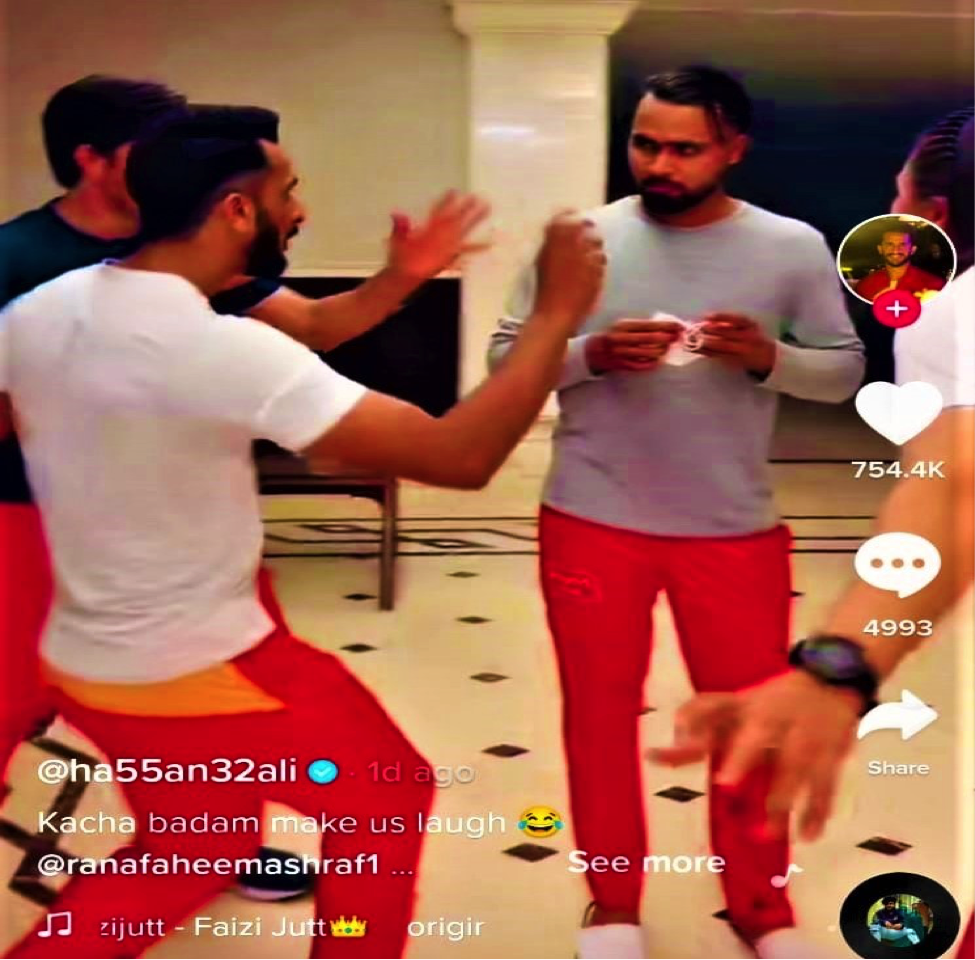 Hassan Ali dances with his teammates in a TikTok video.

Fast bowler Hasan Ali is the most popular Pakistani cricketer among musical-obsessed youth on TikTok. His official account ‘ha55an32ali’ has 2.2 m followers on TikTok while his videos have received 20 m likes. His video, ‘Kacha badam make us laugh’ in which he dances with fellow cricketers Muhammad Wasim, Faheem Ashraf and Musa Khan, has been viewed 8.5 million times on TikTok, besides receiving 752.6 k likes.

Pakistani all-rounder Shadab Khan is the second in the list of most TikTok followers. He has 1.8 m followers while his videos have 16.3 m views.

Pakistani batter Umar Akmal regularly posts his videos on TikTok. He has 722.2 k followers on TikTok while his videos have received 4.7 m likes.

This year, the official anthem of the HBL Pakistan Super League (PSL) 7 was released on TikTok. The Chinese video-sharing App has also signed an agreement with Pakistan Cricket Board (PCB) to become the official Entertaining Partner of PCB for the seventh and eighth editions of PSL.

PSL uses its official account ‘thepsl’ for important announcements regarding the seventh edition of the tournament.  The PSLfranchises including Islamabad United, Karachi Kings, Multan Sultan, Peshawar Zalmi and Quetta Gladiators have their official TikTok accounts. Peshawar Zalmi is the most popular franchise with 124.1 K followers.