M-14 Motorway is a project under Western Alignment of CPEC. [Photo/Tahir Ali]

JUI Chief Maulana Fazlur Rehman will lead the rally that will begin from Islamabad to Hakla Dera Ismail in southern KP.

“People from Lakki Marwat, Bannu, Dera Ismail Khan, Tank, South Waziristan and North Waziristan are expected to participate in the rally. “It is a gesture of goodwill gesture towards CPEC; the participants would travel peacefully from Hakla (Islamabad) to Yarik in D.I. Khan,"said JUI spokesperson Aslam Ghauri. He said M-14 would bring the southern KP’s backward areas at par with the rest of the country.

The Executive Committee of the National Economic Council (ECNEC) cabinet division had ECNEC approved separate PC-Is for construction and land acquisition in November 2016. According to the website of the CPEC Authority, the acquisition of land and the construction of M-14 Motorway have been completed with an amount of Rs.122, 181 million. Prime Minister Imran Khan inaugurated the M-14 Motorway on January 5, 2022.

JUI is one of the main religio-political parties in the country, especially with great influence in southern parts of the KP. Maulana Fazlur Rehman is a profound supporter of CPEC. He and former Prime Minister Nawaz Sharif inaugurated the construction of Hakla-D.I. Khan Highway in 2016. 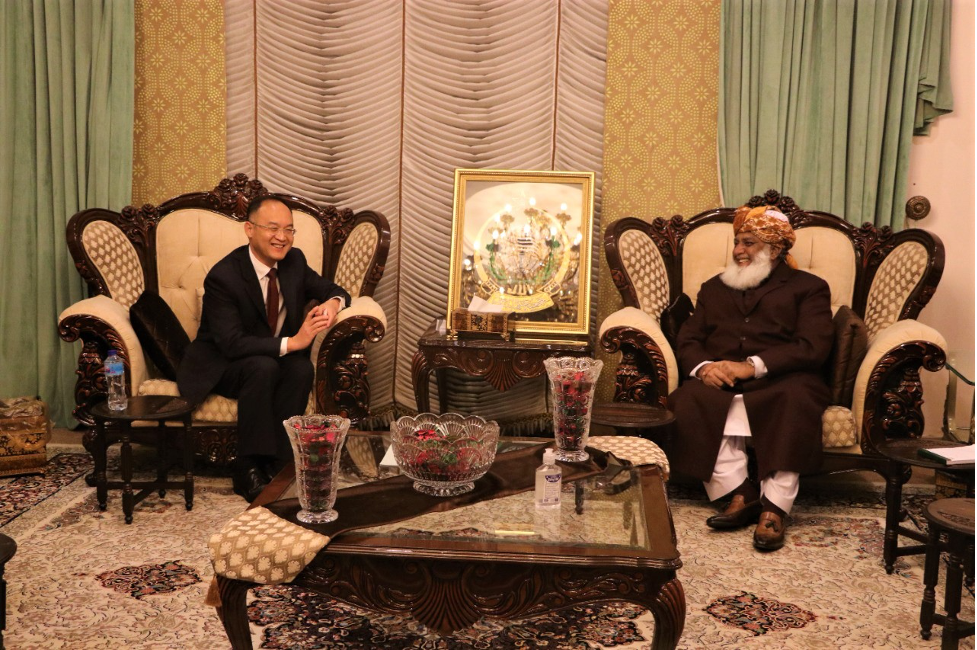 “JUI has decade old friendship with the Communist Party of China (CPC) and they want to see positive results based on this relation between the two countries and in the whole region,” Maulana Fazlur Rehman has stated on the occasion of 100th anniversary of the founding of CPC.