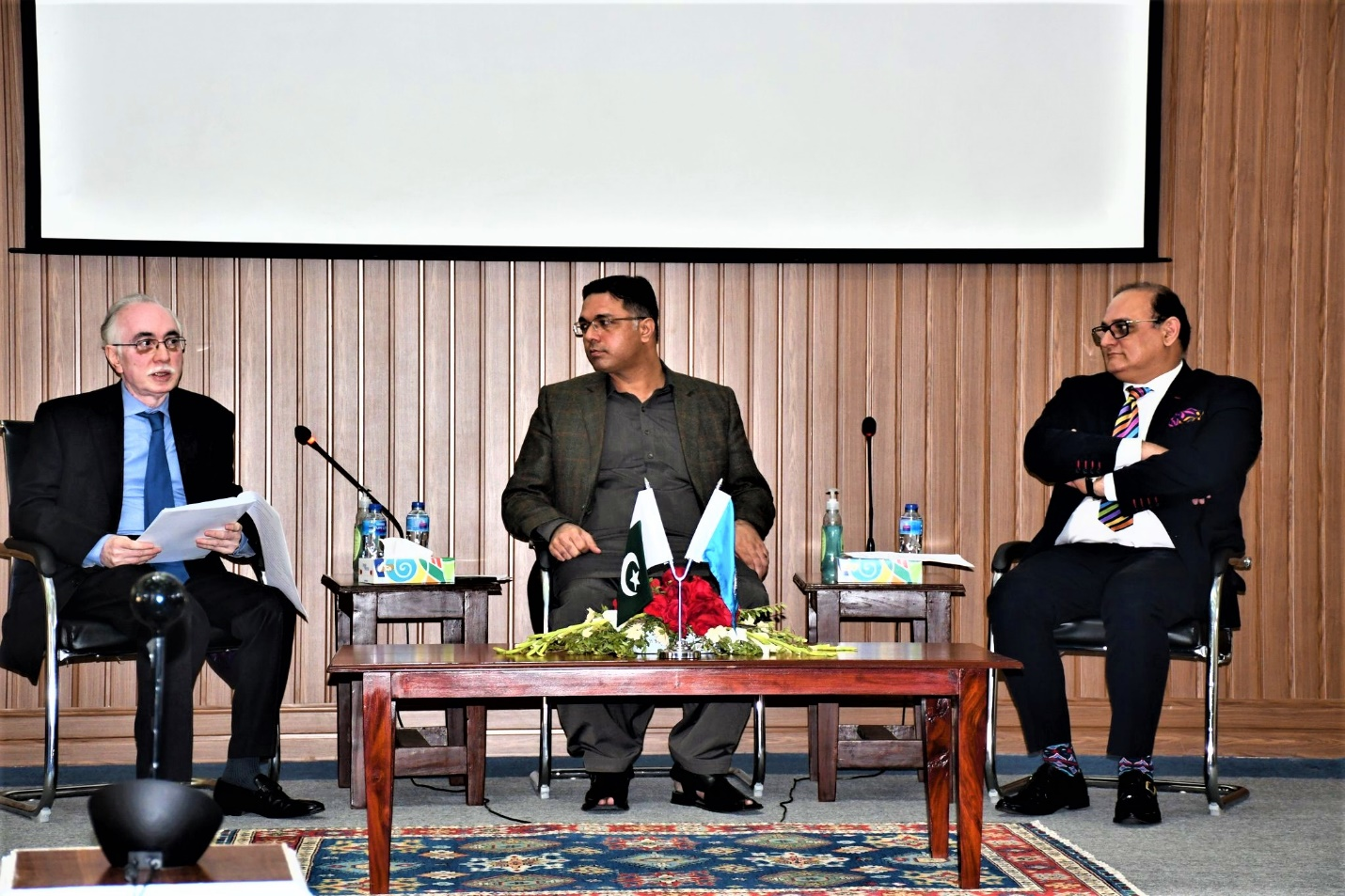 ISLAMABAD, Dec 24 (Gwadar Pro)-: “Industrial Cooperation of China Pakistan Economic Corridor (CPEC) is all-inclusive in nature and open for third country participation. All Special Economic Zones (SEZs) including those under CPEC, are open to all investors, whether domestic or foreign, with equal treatment,” said Minister of State and Chairman of Board of Investment (BOI) of Pakistan Azfar Ahsan.

He was speaking at an international conference titled “CPEC: Challenges, Opportunities, and the Way Forward” at the Institute of Regional Studies (IRS) Islamabad on Thursday.

Azfar Ahsan stated that necessary infrastructure and utilities, as well as special incentives under an effective legal framework, would be provided to all investors from all over the world to invest in the SEZs established under CPEC. There are 22 notified SEZs but only four of them namely Rashakai SEZ in KP, Allama Iqbal Industrial City in Punjab, Bostan in Balochistan, and Dhabeji in Sindh, were in an advanced stage of development, according to him.

According to him, in the recently-held CPEC Business-to-Business (B2B) Industrial Investment Conference of Punjab, six hundred delegates including seventy Chinese investors participated.

President IRS Ambassador Nadeem Riyaz stated that CPEC was inherently a representation of connectivity in all realms of development, adding that over the years, Pakistan had directed its focus towards ensuring investor-friendly policies and coming up with legal frameworks that enabled a smooth trajectory to sustainable development. In that, he maintained, the primary focus of the government had been on ensuring that the investments and projects planned under CPEC were successfully materialized.

Pakistan's former ambassador to China Masood Khalid stated 46 projects under CPEC either had been completed or were near completion with a net Chinese investment of $25 billion. He added that 5,320 MW of electricity had been added to Pakistan's national grid with the completion of power projects like Sahiwal and Port Qasim in record time.

The Chief Executive Officer (CEO) KPBOIT Hassan Daud Butt emphasized the importance of CPEC for the economic development and prosperity of Pakistan, adding CPEC was opening doors of new business opportunities and could make the country an international business destination.

The Director of Center of Pakistan Studies at Peking University Prof. Dr. Tang Mengsheng highlighted the importance of agricultural mechanization for sustainable development and added that China was cooperating with Pakistan in the field of agricultural technology to boost its agricultural capacity and production.

Chinese journalist and author Lin Wang compared the Chinese Belt and Road Initiative (BRI) with the Build Back Better World (B3W) and Global Gateway projects spearheaded by the US and western European countries, respectively, and enumerated their similarities and differences.

Associate Professor Center for South Asian Study Fudan University Dr. Zhang Jiegen stressed the role of CPEC in fostering regional connectivity, adding connectivity was the new currency to keep all the countries together and that China, through BRI, aimed at bringing about connectivity across all regions.