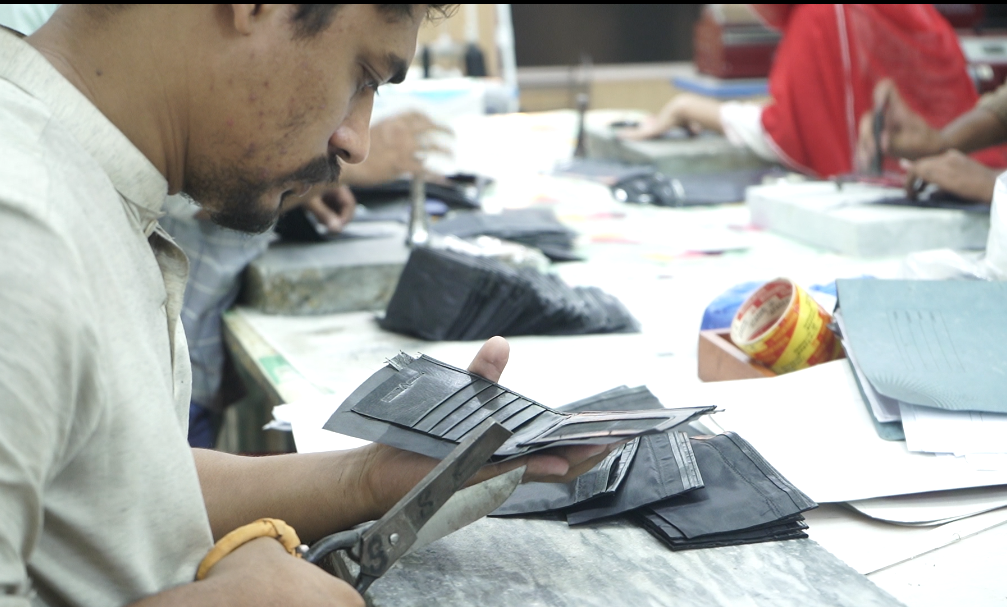 ISLAMABAD, Dec.17(Gwadar Pro) -“This year's export was really good. Our export has increased up to 14%,” Danish Khan, owner of Highways Creations Pvt Ltd Karachi told Gwadar Pro, adding that the export of leather garments was at the top of the list and leather gloves came at the second.

He is not alone. With significant relaxations in lockdown at various destinations and the government’s prudent policies, the leather industry was witnessing a steady recovery.

According to the Annual Report(2020-21) by Pakistan Tanners Association, the export of leather&leather products from Pakistan increased by 8.86% from $765.355 million to $833.199 million during July-June 2020-21 as compared to the same period of the corresponding year, which is a great source of satisfaction for the leather exporters.

Agha Saiddain, former chairman of Pakistan Tanners Association told Gwadar Pro that in 2007-08, the leather exports were $1.25 billion per year and now it declined to $833 million. “But due to current government’s policies such as online system, refund on sales tax, and dollar’s price, we would have escaped the crisis and touch the previous figure of 2007-08.” 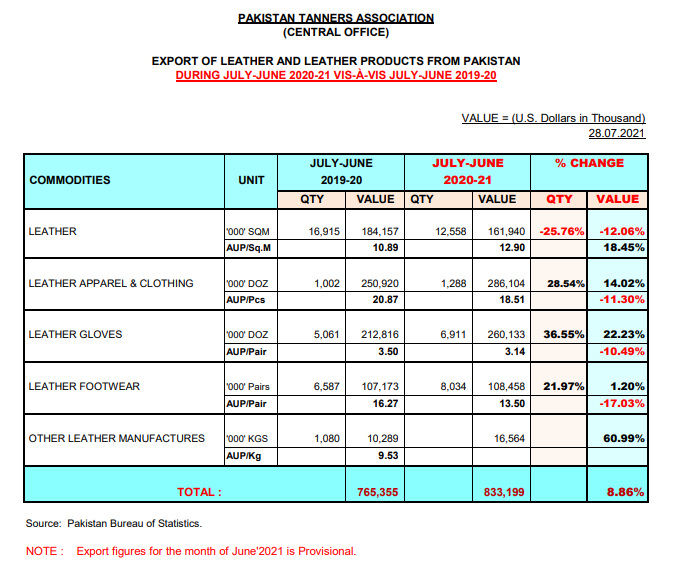 As for the structure of leather export, according to the Pakistan Bureau of Statistics, around 20% of total exports is finished leather, 34% is leather garments, 31% is gloves, footwear accounts for 13% and 2% is leather goods in the fiscal year 2020-21.

For these data, “it is a strange thing that the export of footwear is less and leather garment is more. World figures are not like that. In the world, footwear comprises 65% of total leather exports,” Mr. Agha Saiddain said, adding “we have not worked on footwear, there are no joint ventures, law and order situation in Karachi was unsuitable for big brands.”

Since China is the number one producer of footwear and leather goods and Pakistan produces excellent leather to big brands with lower labor costs, he said there’s much potential for cooperation in a win-win situation. He also suggested the joint ventures should be included in CPEC special economic zones.

He added that tanneries can process the raw materials from all over the regions in Pakistan, even those imported from Uzbekistan, Tajikistan, Iran, Afghanistan, and Azerbaijan. “Currently, we are utilizing only 50% of our tanning capacity. Fifty percent further tanning capacity exists. It takes no time in increasing the tanning capacity.”

Besides, China is also a big importer of Pakistani finished leather with its large population and high consumption capacity. Pakistan has an advantageous edge of CPEC and leather export is greatly benefited from FTA signed with China. “Freight charges in the world are exorbitant. A 20-feet container of $800 goes in $3200. If this is transported to China through CPEC then it will be fantastic,” he said.

Agha Saeed also called for attention to livestock as animal skin is related to animals' health. “Skin faults and skin diseases that are now coming to Pakistan, if controlled, we can increase our exports up to 23%,” he said, adding that now research on this topic has been conducted in collaboration with the University of Veterinary Sciences, for they found 23% of exports are losing from here. 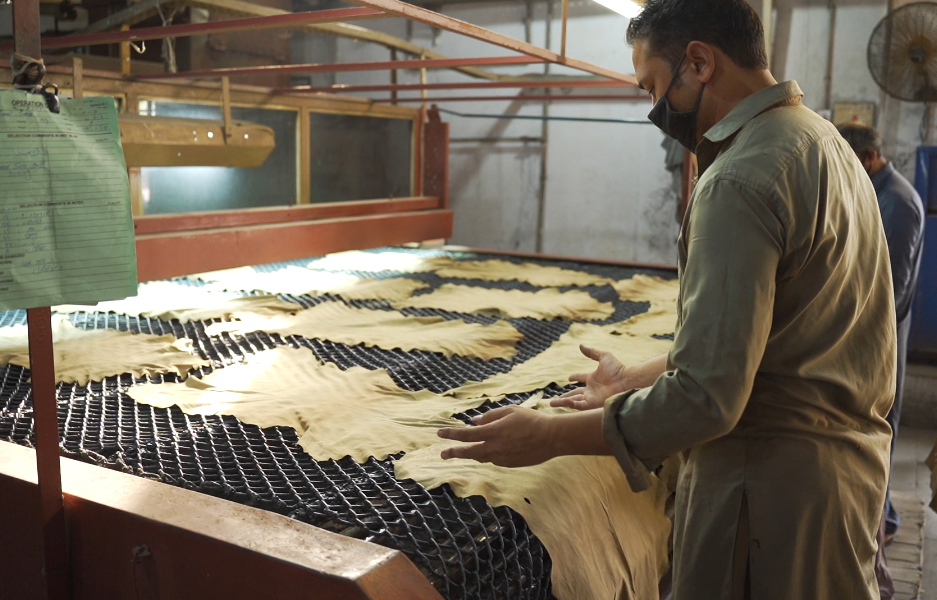 Now there are 800 tanneries in Pakistan, out of which large tanneries account for only 10%, then medium and small tanneries take up the rest. Despite many companies are rapidly getting LWG certification, still some cannot afford it due to a treatment plant that costs almost 15 to 20 crore(Rs150-200 million). “If they are subsidized, financial aid is granted, and they install treatment plants and qualify for LWG certification then the future of Pakistani leather industry is very good,”he said.

Besides, there are still concerns. Asif Kaimkhani, a leather product seller in Karachi told Gwadar Pro that the number of leather craftsmen is decreasing. “The last generation of leather craftsmen, the ones who were pupils have now become masters working with the machines. Their eyesight has been weakened. When they get retired, there are few successors.”

A supervisor of a leather factory urged the need for the latest and modern machinery for laborers to efficiently facilitate their work. In addition, a shortage of gas is mentioned.