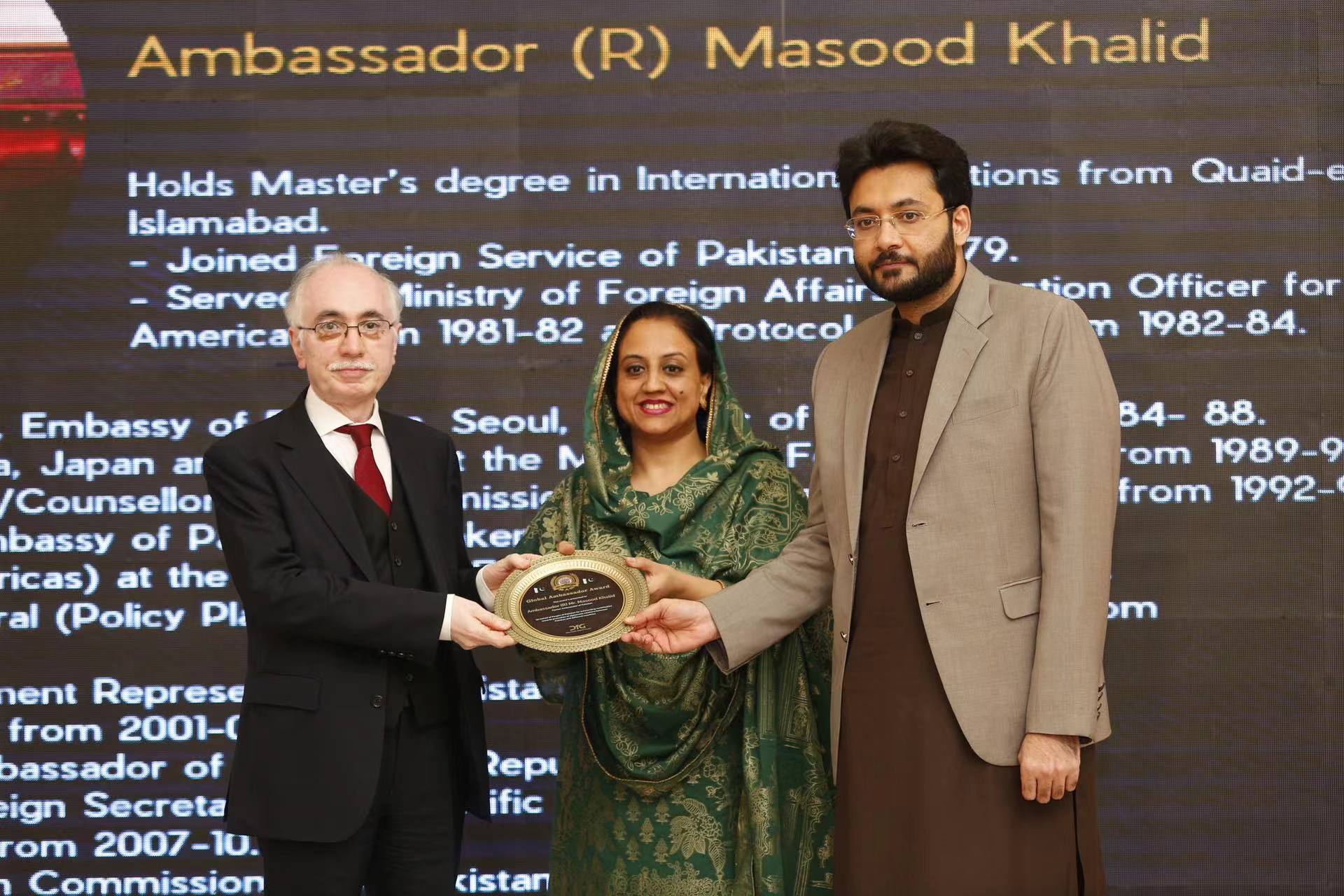 As a public diplomacy initiative, the Diplomatic Insight Group organised the 4th Global Ambassadors Award Ceremony to acknowledge the services of ambassadors and diplomats, heads of international organisations, businessmen for the promotion of people-to-people communication, business, trade, and constructive bilateral relations with their respective states and missions.

As a result of outstanding contribution towards building Pakistan’s strong partnership with the different countries especially China, on behalf of the people of Pakistan, the Diplomatic Insight Group conferred an award to Ambassador (R) Masood Khalid for building Pakistan’s relations with different countries. This was a humble tribute to his hard work and commitment to promote and build strong diplomatic ties with various countries especially during his stay in China.

Retiring after an illustrious career spanning four decades in the Foreign Service of Pakistan, Honourable Ambassador Masood Khalid is the longest-serving Ambassador of Pakistan to China.

He was appointed as Ambassador to China in January 2013 following ambassadorial assignments in South Korea and Malaysia. Along with it, as Ambassador to China, Mr Masood Khalid made an invaluable contribution to the strengthening of Pakistan-China relations. During his tenure, the China-Pakistan Economic Corridor (CPEC) was conceived, launched, and consolidated.

Throughout his diplomatic career, wherever he served, he left an indelible impression.

Ambassador Khalid showed how to serve Pakistan with dignity, passion, and hard work, and how, despite all odds, we can all make a difference and make a valuable contribution to Pakistan.

Ambassador Masood Khalid has put his dedication and unrelenting efforts of with his team built further Pakistan’s interests and deepening the time-tested friendship with China.

He has been and always remains one of the most remarkable diplomats to ever serve Pakistan. His efforts for peace and development will always be remembered.