The group of Pakistani workers belonging to different departments of the project have shared their thoughts and experiences of working on the first hydel power project under the China-Pakistan Economic Corridor (CPEC).

Rashid Mahmood Awan working with TGDC since 2017 as a civil engineer considers Karot HPP as a symbol of Pak-China friendship. He believes that this project would aid in Pakistan’s economic and financial development.

“Being a Civil Engineer, this is my first experience with a Chinese company. As far as Karot HPP is concerned, I am thankful to my TGDC Chinese co-workers who taught me Chinese language to help me overcome the linguistic barrier and I am getting better every day.”

“All my Chinese colleagues have been very hard working and committed to work progress. TGDC is providing good working environment for the Pakistani employees to enhance their skills and abilities,” Awan added.

Fahid Usman a commercial engineer working at Karot HPP for 5 years also considers this project as a great journey with his Chinese friends and collogues. He expects that Pakistan and China will continue this strong relation to provide services for their citizens.

He also thinks that Karot HPP created thousands of employments and it will help reduce the shortfall of electricity in the country.

Raza Ahmed Abbasi who is working as HR officer said, “Working on Karot HPP is a great experience. Time management, discipline and uniform conduct with all the workers are some of the key traits I learned while working here.”

“The harmonious working environment at Karot HPP led us learn different cultures as well as taught us to respect other cultures,” he further added.

Sadaqat Javed was appointed as “Senior Surveyor” and has worked on the project since 2017. He conveyed that “My bosses have always trusted my skills and abilities and helped me express my talents”.

Javed said, “They transfer responsibilities slowly and gradually and take input in decision making from me so that my interest in working remains positive. That feature of their working has really impressed me.”

Saddam Hussain has worked as a doctor at Karot first aid station department since last two years. Sharing his experience, he stated that, “I have been working with Chinese medical team. It is a great pleasure for me that there was no single death occurred during Covid-19 pandemic situation.”

“It was because of our medical team’s best management and good platform provided by TGDC. I have learned a lot about Chinese people and their culture and I am proud of being a part of such an important project.”

The Karot Hydropower Station officially started to impound water on November 20th 2021, the project is put into initial operation after six years’ construction in Pakistan. 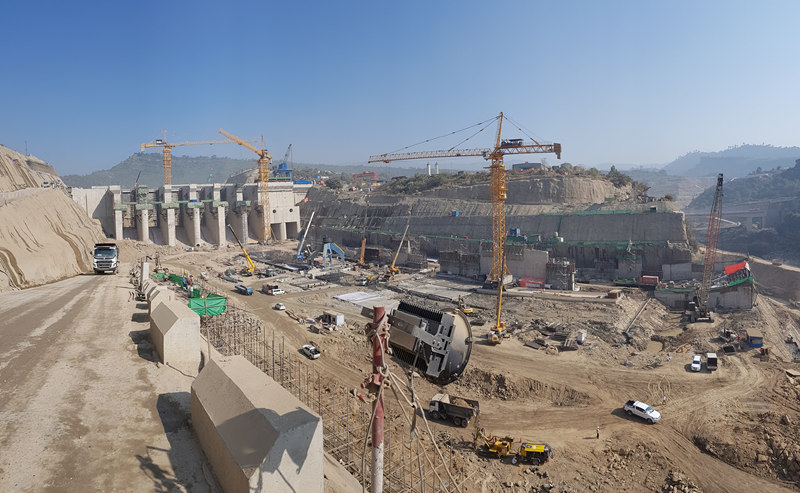