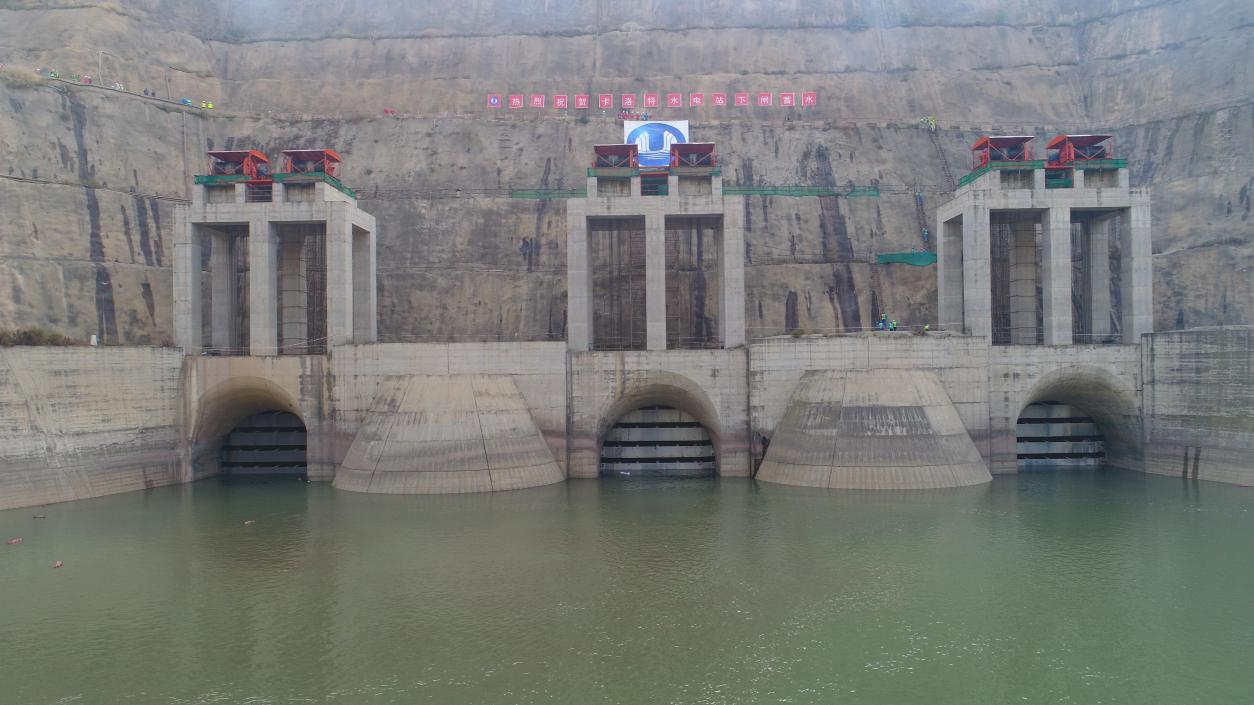 The Karot hydropower station closed the gates of its diversion tunnels and started water storage in its reservoir. [Photo provided to China Economic Net]

BEIJING, Nov.22(China Economic Net) - The Karot Hydropower Station officially started to impound water on November 20, marking that the project has been put into the initial operation after six years’ construction in Pakistan.

According to Wang Yi, Karot Hydropower Project team leader, the impoundment is divided into two stages as planned. The first phase is planned to take about 28 days to fill the reservoir to 451meters, meeting the working conditions for the first power unit. While in the second stage, it will take about 20 days to make the reservoir reach 461 meters high, achieving 150 million cubic meters’ capacity, which will lay a solid foundation for the commercial operation of all units by July next year.

Karot hydropower station is a major pilot project of China Pakistan Economic Corridor(CPEC), and the first large-scale hydropower investment and construction project under the Belt and Road Initiative(BRI).

"Currently, nearly 3,000 workers are working on the construction frontline, and we are also making steady progress towards the goal of having the first unit ready for power generation by the end of this year," said Wang Yi.

The Karot Hydropower Station will install four 180MW power units, with a total installed capacity of 720MW. Upon completion, it will be the fifth-largest hydropower station in Pakistan with an average annual generating capacity of 3.206 billion kW·h, which can meet the needs of 5 million people and alleviate the power shortage in Pakistan.

Besides, the completion of the Karot Hydropower station will bring cheap and clean energy to Pakitan and provide a powerful impetus to its economic growth. Its annual power generation is equivalent to reducing 1.152 million tons of standard coal consumption and 3.5 million tons of carbon dioxide emissions.

CTG also emphasizes social benefit along with economic and ecological benefit. For example, in the resettlement work, aside from reasonable financial subsidies for relocation, all affected migrants aged over 16 at the project site were provided with training free of charge to ensure that they could better use the compensation to improve their lives.

According to statistics, more than 2/3 of the construction team are Pakistani local employees. During the peak period of project construction, it can provide nearly 4,000 jobs for local people specialized in electrical, mechanical and civil engineering, business, administration, and other fields.

Besides, a large number of outstanding Pakistani professionals have been cultivated through vocational training funded by the Chinese side. They were provided with long-term and stable work opportunities for hydropower stations in Pakistan in the future.

To achieve localization, Wang said that the project provides a competitive salary, incentive system, comprehensive social welfare, security guard to local employees, and gives full play to their talents. "For example, we found that Pakistani staff is good at driving and equipment operation, therefore almost all driving positions on the site were allocated to local staff,” Wang said.

“CTG has completed world-class hydropower projects on schedule or even ahead of schedule before. So we have experience, capability, and resources to ensure that the Karot Hydropower Project will be put into operation on schedule,” Wang Yi said.