BEIJING, Nov 22 (China Economic Net) - Pakistani blockbuster The Donkey King garnered a total box office of over US$ 611,400 (or more than RMB 3.9 million) in the first three days after the animated film hit Chinese screens on October 19th, overtaking Parwaaz Hai Junoon (a total box office of over US$ 248,000 in China) as the highest-grossing Pakistani movie in China, according to the data by Taopiaopiao (dengta.taopiaopiao.com), one of China’s leading film-ticketing platforms with a focus on film publicity. 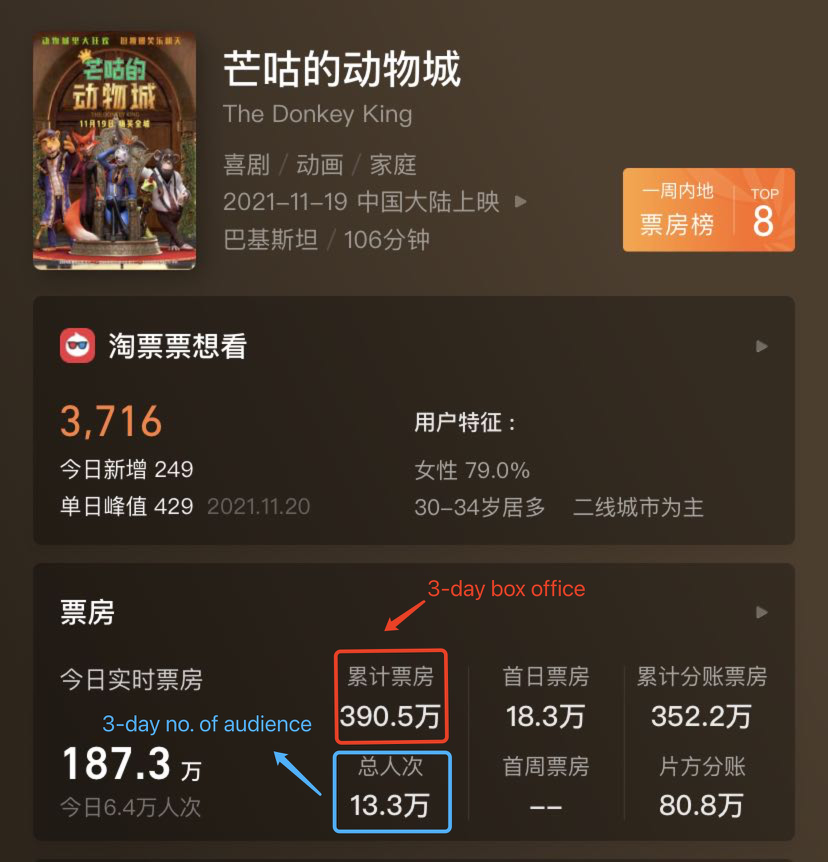 Three days into the Chinese movie theatres, The Donkey King has attracted over 133,000 Chinese movie-goers as per the statistics on Taopiaopiao (dengta.taopiaopiao.com).

Data by Maoyan Entertainment (piaofang.maoyan.com), another Chinese leading movie ticketer, shows that in the 10 days running to November 21, clips with the tag “#TheDonkeyKing” pocketed more than 100 million views on Douyin, the Chinese version of TikTok. The animated movie has gained favourable reviews from the Chinese audience. 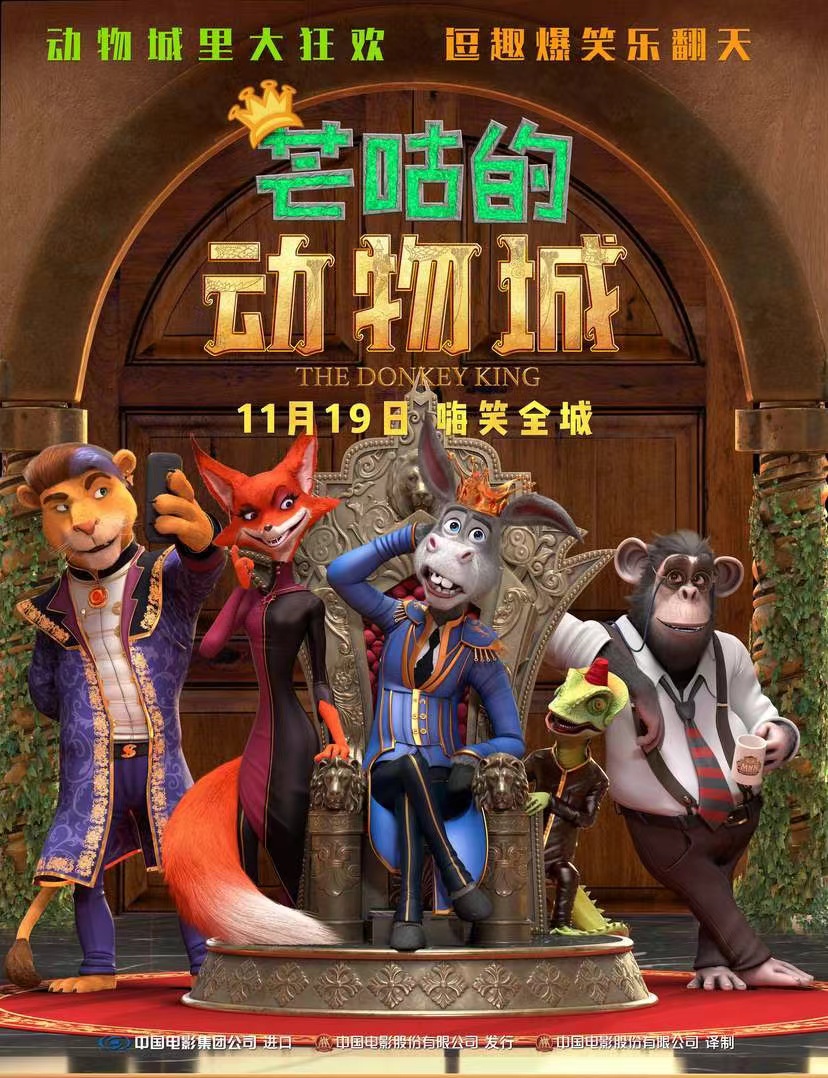 Chinese poster of The Donkey King

“The film was unexpectedly good. The story has many elements to it, such as dance and singing. It is even thought-provoking as it actually discusses some political issues,” Mrs Song noted while talking to China Economic Net (CEN) on the first-day release of the movie in China.

Her 4-year-old daughter was also enthralled by this work. “The Fox (the major antagonist Miss Fitna) is such a baddie…The Donkey (Mangu) finally became the king and saved all of the animals…I just like this movie,” the shy little girl responded to her mother in a recorded video while enjoying her box of popcorn.

“When we were watching the movie, her (the daughter) eyes were glued to the screen. She moved and danced to the tune of the dance and singing in the movie. She really enjoyed it,” Mrs Song continued.

Ms Li, who has formed the habit of gathering the information for upcoming movies and selected 8 or 9 of them to watch in the movie theatre in a month, also expressed her admiration for the Pakistani movie. “The movie caught my attention because it features a donkey, and it has a high rating in Pakistan. I was curious about what a high-grossing Pakistani film looks like,” the movie fan told CEN.

According to Ms Li, she rose early to catch a 9 a.m. original Urdu-language show because she believes dubbing would somehow lose some of the details and emotions of the original performances. “I would give a 4.5 out of 5 rating to the film. It was hilarious and full of sarcastic, political euphemisms and punchlines,” the amateur movie reviewer revealed, “The song Donkey Raja was really rhythmic, and I waited until the end of the song and then left. I have recommended it to my friends.”

The Donkey King was released in China in two versions of the original Urdu dubbing with the Chinese subtitle, and the Chinese dubbing. It will be shown in Chinese theatres for a month from November 19 to December 18, according to the China Film Group Corporation, the one and only entity to deal with imported films in China.

The masterpiece has joined the growing ranks of Pakistani films to enter the Chinese market, following the entry of Parwaaz Hai Junoon in China in 2020, and it is expected to be a “dark horse” in the Chinese market.

Directed by Aziz Jindani and produced by Geo Films and Talisman Studios, the animated comedy film was released in Pakistan in October 2018 and has made its way to international markets such as South Korea, Spain, Turkey and Russia.