BEIJING, Nov. 19 (China Economic Net)-“In Pakistan, at least sixty percent of feed additives are imported from China. Through my research and learning in China, I hope to enhance Pakistan’s self-reliance in this regard”.

This is the wish of Waseem Abbas, a product manager at the Animal Nutrition Feed Additives Section of Jawad Impex International Lahore, and Ph.D. scholar at the College of Animal Science and Technology, China Agricultural University (CAU), Beijing, China. 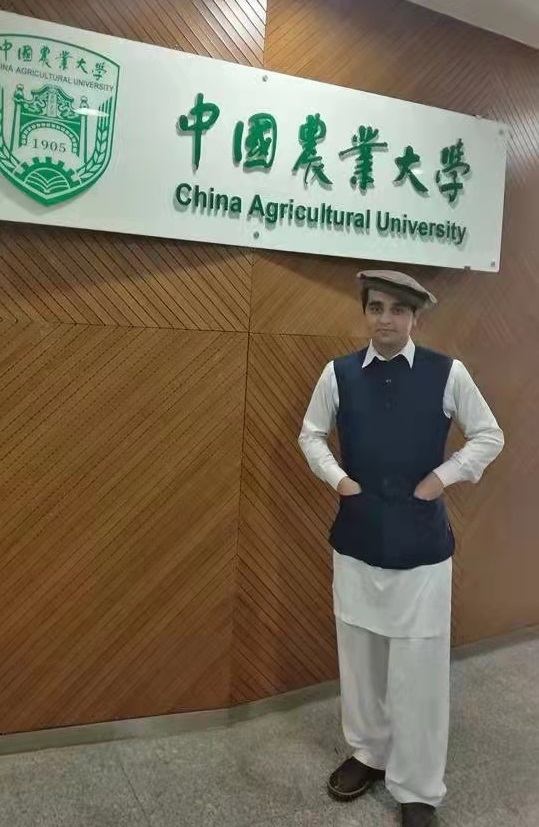 He has just ended a 14-day seminar on feed formula organized by Hunan Agricultural Group, during which he and other 20-odd Pakistani participants including farmers, students, and scientists learned through an array of courses such as the nutrition requirements on animals, feed formula design, the application and development of fodder in livestock and breeding industry, fodder processing techniques and fodder additives.

“Additives, meal and grains are indispensable parts in feed. On the contrary, they are essential for the balance and sufficiency of nutrition in feed, thus improving its efficiency and quality, something in dire need in Pakistan”, said Waseem.

According to a research by University of Illinois, feed costs represent the largest input cost to produce milk (estimated to be 35 to 50 percent).

In Pakistan, livestock production contributes to over 60% of the total agricultural output value. Commercial farmers and corporate about ten to fifteen percent are to overall dairy producers, they need feed additives to lower their cost while maximizing production. Around 85 percent of households farmers and they are feeding conventional feeds which are limited to fulfil the nutritional requirement of animals, now farmers are moving to words modern/balanced feed which included feed additives to increase feed efficacy. In poultry, similarly, feed additives fulfill adequate nutritional profile for the birds.

But high prices and low efficient quality of feed in Pakistan is constraining the related sectors (meat, milk and egg production) from fully unleashing their potential. “For example, soybean is a major protein source of feed for poultry/dairy. But due to the high prices in Pakistani market complicated by the pandemic-caused cross-border transaction impediment, people have to turn to less-nutritious ingredients i.e. vegetables and animal proteins sources”, said Waseem.

“During my study in China, I have visited many large feed producers and found that China is using advanced, innovative techniques and machinery, like pelleting machine, grinders, etc.”, Waseem observed.

“Poultry feed has a bearing on the income of 1.5 million people in Pakistan. I feel lucky to have the opportunity provided by the Chinese government to learn at State Key Laboratory of Animal Nutrition from head teacher Professor Guo Yuming and Associated Professor Wang Zhong, both of whom are extraordinary scholars in this field”, Waseem said.

In 2020, China banned the use of antibiotics in feed, as did the European countries, to minimize the harm of the residues of the substance, which if remained uncontrolled might cause more deaths globally than cancer by 2050. “We are also working to eliminate the content of antibiotics from feed as growth promoter in Pakistan”, Waseem told CEN.