SHANGHAI, Nov 6th (Gwadar Pro) – “China-Pakistan export and import trade is very promising. I can foresee that in the next 3 to 5 years, Pakistan's exports to China, such a huge market, will be doubled. And there is an increasing interest of Pakistani traders and companies, to trade with China,” Moin ul Haque, Pakistani ambassador to China, said to Gwadar Pro in an exclusive interview during the 4th CIIE. 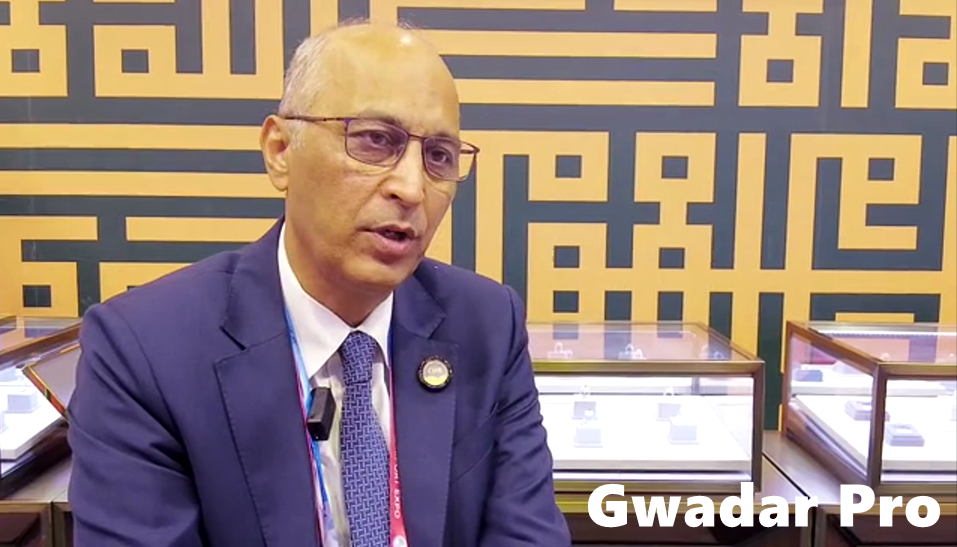 November 5th-10th, the 4th China International Import Expo (CIIE), which attracts nearly 3,000 businesses from 127 countries and regions, is held in Shanghai. On the 5th, Haque visited the pavilion and discussed the trade situation with Pakistani exhibitors.

After the visit, he said: “CIIE is a flagship expo of China, and I must give full credit to the Chinese government, especially President Xi Jinping. It was his idea to launch this expo. Pakistan has been a very active partner since the first CIIE. Our prime minister was a keynote speaker at the first CIIE. And since then, we have had our speakers and exhibitors regularly. It's a unique expo because most of the countries' trade expos are export oriented and CIIE is import oriented.”

He said: “CIIE is one of the examples of China's opening up, which has boosted the growing economy for not only China, but also BRI countries. Yesterday, Xi said that if you walk alone, you can go fast, but if you walk together, you can go longer. I fully agree with him and we have to work together. International solidarity and cooperation are very important to address many challenges in the world, including trade imbalances, climate change, health pandemics and so on. So, we are very happy that we are a very close partner of China, cooperating on international multilateral affairs.”

Haque stated that CIIE gives an opportunity to foreign countries, foreign companies, to display, promote and export their products to China. "Pakistan is also a part of this expo, and we have benefited greatly from CIIE," he said.

China is now Pakistan's largest trading partner since the launch of the second phase of the Free Trade Agreement (FTA) in January last year. “Our exports are growing very fast in the first 3/4 of this year. The overall bilateral trade has increased by more than 60%. And Pakistan's export to China has increased by 75%, which means that by the end of this year, we are going to have an unprecedented new record of the volume of bilateral trade,” Haque introduced.

He also congratulated China on the 20th anniversary of its entry into the WTO and was proud of Pakistan's support for China's entry into the WTO 20 years ago. “China, now a major economic force and the second largest economy in the world, is contributing a lot to WTO and multilateral negotiations. So we are very happy to be an important partner of China in promoting this global trade and global cooperation in different areas,” Haque added.