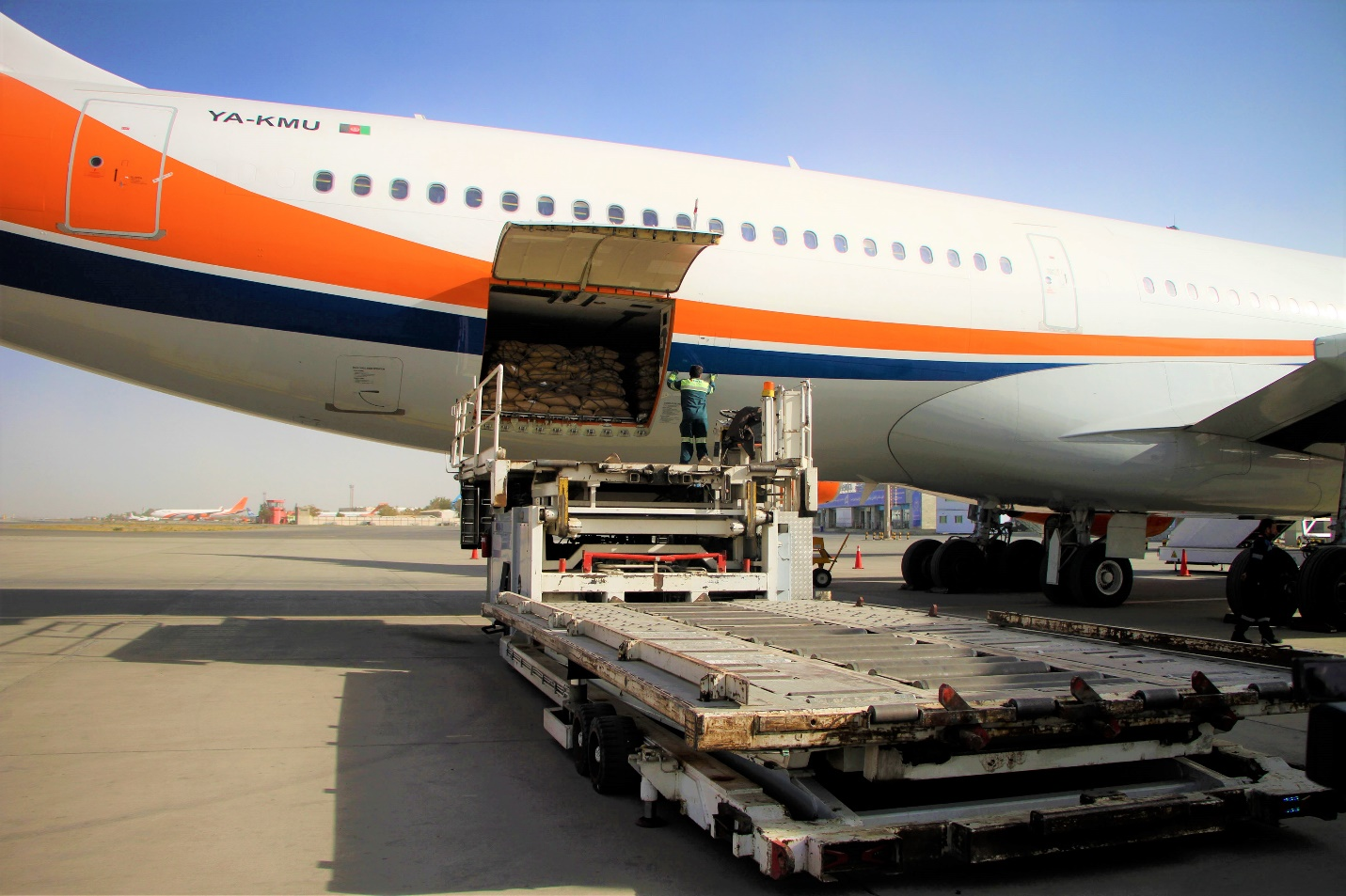 The first cargo plane with Chilghoza leaves Kabul for China. [Photo by @ChinaEmbKabul]

A special ceremony was held at Kabul Airport to inaugurate the cargo air service between Afghanistan and China. Deputy Prime Minister of Islamic Emirate of Afghanistan Abdul Salam Hanafi, Taliban spokesperson Zabihullah Mujahid and officials of Afghanistan Chamber of Commerce and Industry (ACCI) were present on the occasion.

“Merchants and traders are our assets and Islamic Emirate will fully support them,” Zabihullah Mujahid said on this occasion.

Wang Yu, Chinese Ambassador to Afghanistan in a Twitter message said that despite limited Global Air Transport, both countries overcame numerous difficulties and managed flights, solving “the problem of Afghan farmers, solidifying the trade ties between the two countries”.

According to him, the first flight of pine nuts bound for China was carrying “45 tons” of pine nuts and he added that in coming months “tens of thousands tons of pine nuts will be exported to China”. The income would reach hundreds of millions of U.S. dollars, greatly benefiting many Afghan farmers, he said.

Ambassador Yu said that these little pine nuts bring happiness to Afghan people and good taste to Chinese people, and “pine nut air corridor” is the important bond of friendship between the two countries. 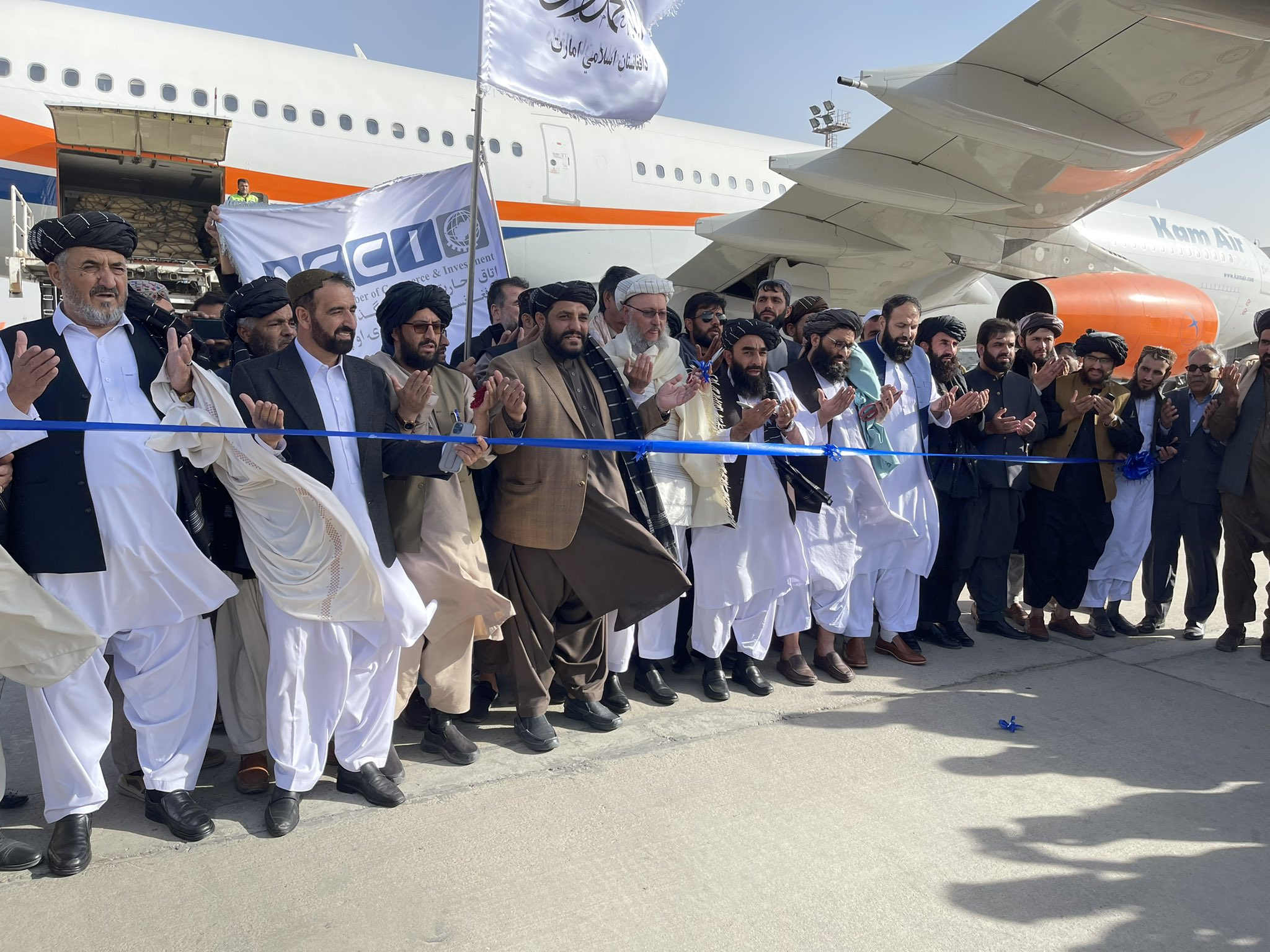 Pine nuts, locally known as Chilghoza, is one of the major products, grown in northwestern Himalayas in Afghanistan. Among the eight provinces in eastern Afghanistan with pine nut trees are Khost, Paktia, Paktika, Kapisa, Kunar, Nangarhar, Nuristan and Laghman.

On October 26, Afghanistan’s acting Foreign Minister Amir Khan Mutaqqi presented Chilghoza to China’s State Councilor and Foreign Minister Wang Yi in Qatar. Both leaders, who were heading delegations, discussed a variety of issues including bilateral trade between the two countries. On this occasion, Wang Yi confirmed the initiation of the cargo flight. 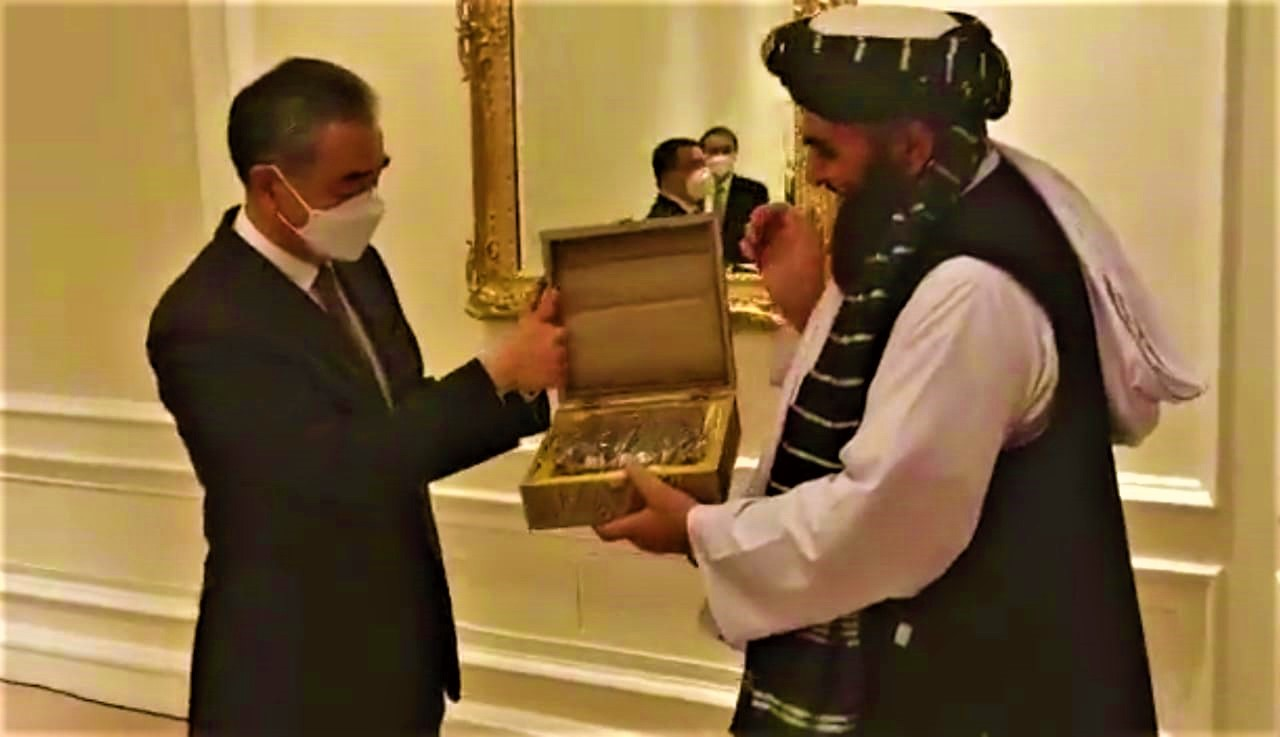 The cargo service between the two countries manifests that Beijing pursues a friendly policy toward all Afghan people, besides more humanitarian assistance to Afghanistan. In September, Afghanistan received the first batch of humanitarian aid from the People’s Republic of China. Beijing has announced the assistance of ￥200 million.

The Government of Pakistan and China are the first to urge the global community to unfreeze Kabul’s assets and provide humanitarian assistance to Afghans to thwart the  looming humanitarian crisis in the country.

Afghanistan has also shown interest in benefiting from China-Pakistan Economic Corridor (CPEC). Pakistan is establishing Gilgit-Shandur-Chitral route as Western Route of CPEC that will serve as the shortest link between China and Afghanistan, as the latter shares a border with Chitral.