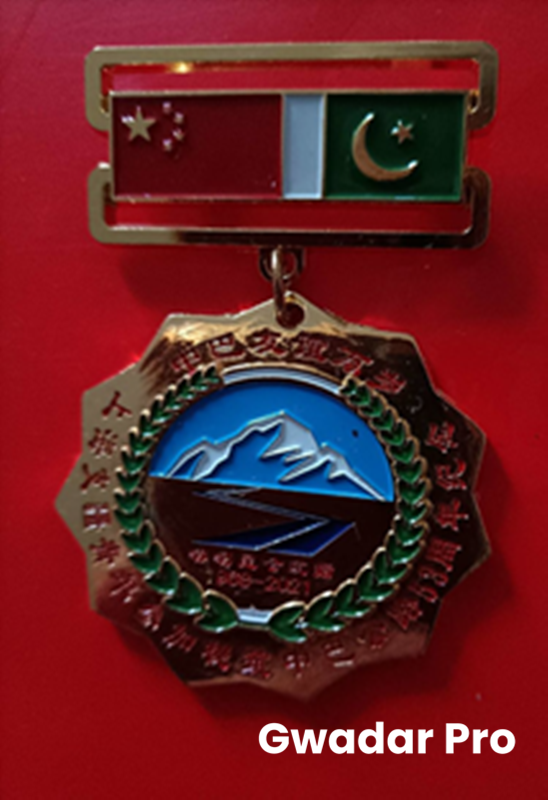 A badge for Commemoration of 53th anniversary of the young men from Shanghai joined the building of China-Pakistan highway.

SHANGHAI, October 20 (Gwadar Pro) – A grand charity event to commemorate the 53rd anniversary of the construction of ‘Friendship highway between China and Pakistan’ also known as the Karakoram Highway (KKH) was held on Oct 17th in Shanghai. More than 300 of the Chinese workers who took part in construction of the highway attended the event.

Jiang Zhenxiao who also took part in the construction from year 1974-1979 told Gwadar Pro that for the workers who spent their youth working on the secret Project 1601, as the road was then known, not only casted a long shadow — a unique, towering achievement, but also a graveyard for dozens of their comrades and friends.

Jiang worked as an Urdu translator in KKH headquarters. He said, “The Chinese workers who are now more than 70 years old shared their memories of years of struggle, moments of happiness and sorrow. They were excited and enthusiastic at the same time to meet their old fellow workers.”

“It was hard for them to travel and attend the event but their passion could still sustain them. The pioneers of China-Pakistan highway construction, once full of youth and enthusiasm, have also grown old now. Many people have even faded away from this world, but history will never forget them.” Jiang added. 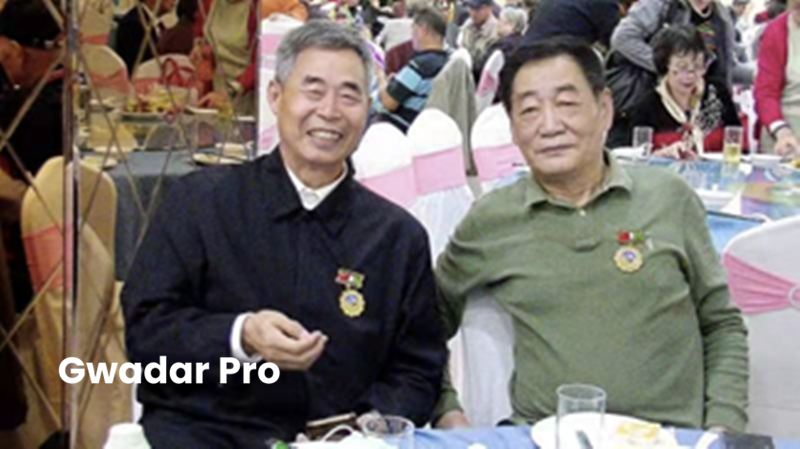 Chinese workers at the charity event to commemorate the 53rd anniversary of the construction of ‘Friendship highway’.

He said, “The road builders who attended Chongyang charity event, came from all over Shanghai. They were neatly dressed, and many people hung up medals specially tailored for this event, just like attending a solemn ceremony for themselves. This glorious and unforgettable history also represents all comrades who are alive or dead, who can come and who couldn’t.”

The Karakoram Highway, also known as the Friendship Highway in China, was built by the governments of Pakistan and China. About 810 Pakistanis and about 200 Chinese workers lost their lives, mostly in landslides and falls, while building the highway.

The highway’s construction was a major joint venture between Pakistan and China that began in 1966-67 and was completed in 1977-78. The total length is approximately 1,300 kilometers, of which 887 kilometers is in Pakistan and 413 km in China. It’s considered a symbol of Pakistan-China eternal friendship.

It was not an easy road to make. In fact, many were surprised when it was finally completed, as, at one time, even the world’s largest companies had refused to take on the project.

A European construction company reportedly declared the construction next to impossible after an aerial survey. Given the harsh weather, heavy snowfall, and landslides, this road construction was a miracle made possible by Pakistan and China. 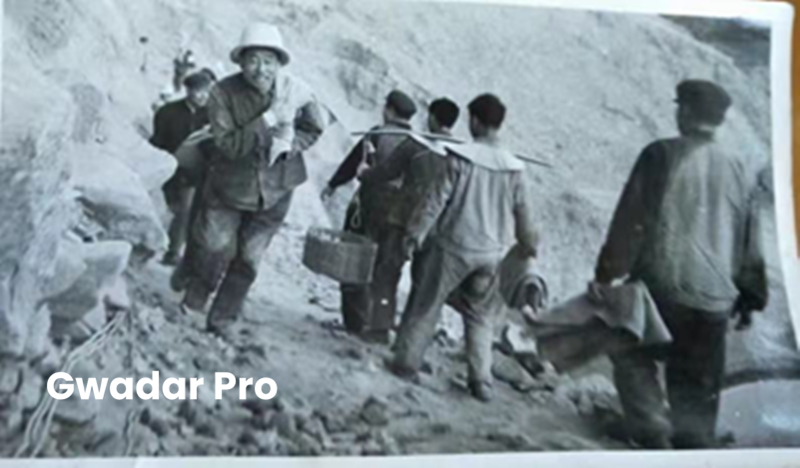 Under the China-Pakistan Economic Corridor (CPEC), the highway has been upgraded as a motorway, and most of the work has been completed. Only a small portion is under up-grade construction and will be completed soon.

The highway is the lifeline for the people of Gilgit-Baltistan and the source of economic activities. The Karakorum Highway is the main artery of the CPEC and its impact will be visible in the whole region as a beneficiary of trade between China and Central Asia, the Middle-East and Eurasia through the Arabian Sea at Gwadar.