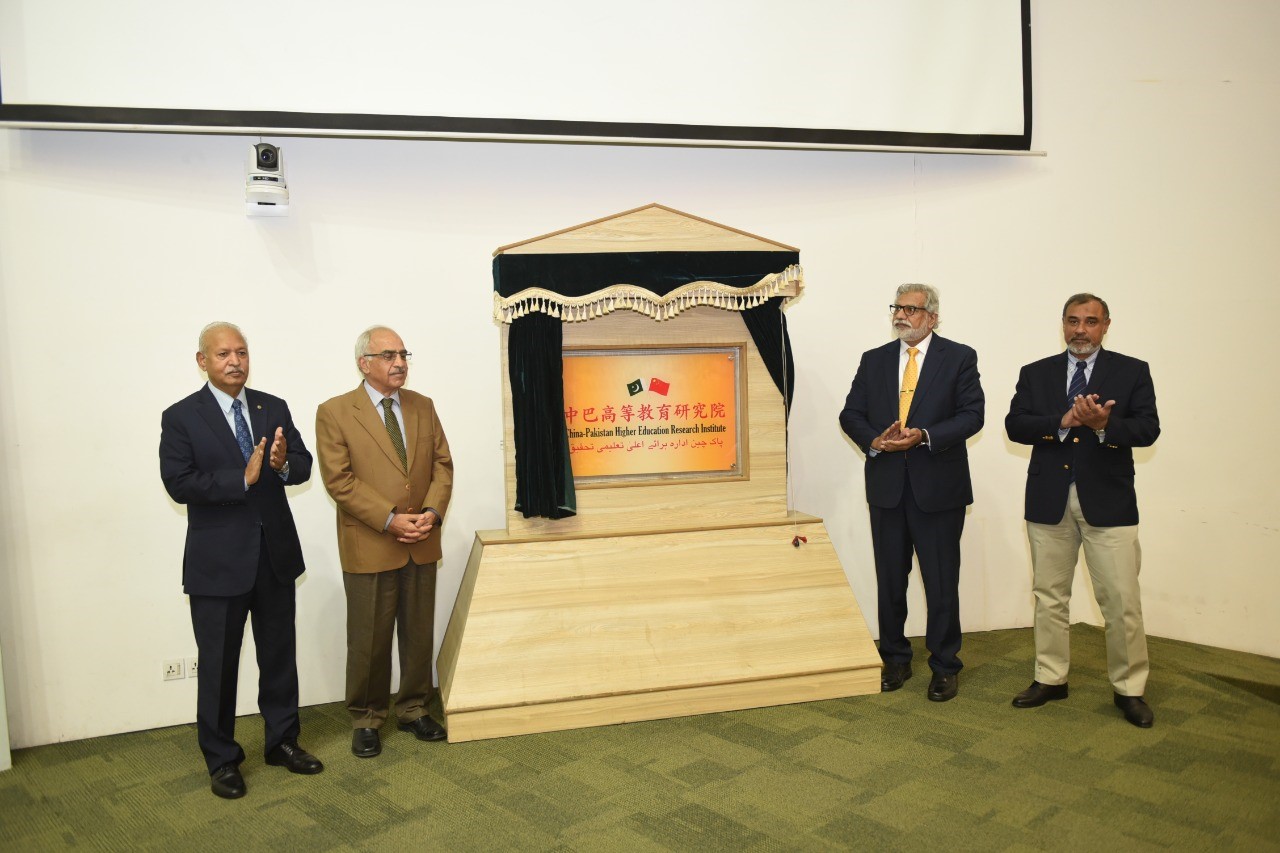 The institute brand was simultaneously unveiled at impressive ceremonies held in hybrid mode at National University of Sciences & Technology (NUST) Islamabad, and Peking University, Beijing on Friday. The institute is envisioned to serve as an impetus for reinforcing the existing academic and research collaboration between HEC, Pakistan and CAHE.

Speaking of the occasion, Shafqat Mahmood gladly expressed that the higher education institutions of China and Pakistan are building strong academic linkages under the umbrella of the CPEC consortium of universities.

CAHE and HEC established a consortium in 2017. Shafqat Mahmood felicitated CAHE and HEC for organizing the 4th Mechanism Conference of the consortium that now comprises 83 leading universities of the two countries.

The Minister maintained that it is a manifestation of increasing cooperation between the two countries developed over the last 70 years. “We fully support the Belt & Road Initiative of which the China Pakistan Economic Corridor is a flagship project,” he added.

Lt Gen (Retd) Muhammad Asghar said that they have come a long way in their cooperation and looked forward to cooperation that is even more meaningful between our universities. “China-Pakistan Higher Education Research Institute would play a very important role in our collaborative efforts in future,” he said, adding that China would contribute to our research fund, which would support scholars on both sides.

In her virtual address, Dr Shaista said that a large number of Pakistani students studying in China could become agents of change by connecting with universities on both sides. She added that the establishment of China Pakistan Higher Education Research Institute would help promote high quality research between the two countries.

DG CPEC Brig (Retd) Dr Safdar Ali Shah remarked upon various perspectives of the CPEC consortium of universities as well as new initiatives and collaborations that have taken place in the past 3 years. Ambassadors of both countries also addressed the conference.

CPEC consortium of universities was launched at a conference held at NUST in August 2017. Initially there were 19 member universities (9 Chinese and 10 Pakistani universities), which grew to 55 in 2019, and now there are 83 members, including 63 Pakistani universities. The consortium is a collaborative partnership between Pakistani and Chinese universities for the promotion of academic and research collaboration and teacher/student exchanges to promote civilizational harmony between the two friendly countries. Under the collaboration, an important role is being played by the growing number of faculty – who have acquired their highest degrees from Chinese universities--leading to a substantial increase in co-publications and joint research projects.