This set of core equipment includes converter valves, DC&AC control and protection, measuring system, and so on. “These can be regarded as the ‘brain and heart’ of the Matiari-Lahore HVDC project,” said Hu Siquan, the general manager of XJGC Flexible Transmission Branch.

According to Liu Kun, a project manager of XJGC, the first team of XJ Group, over 10 engineers, reached the site of Matiari-Lahore HVDC project in January 2020, following the arrival of equipment.

With the outbreak of COVID-19 pandemic, Chinese engineers had to work while observing the rules and measures to fight against the pandemic.

To push ahead the HVDC project, ten engineers of XJ Group braved the coronavirus risk to arrive in Pakistan in June 2020.

These engineers used to keep working nearly 13 hours a day in the intense heat in July.

In October 2020, the transmission line had been set up and XJ Group’s DPS3000 Operator control system had finished commissioning.

They had overcome various difficulties during the three years of construction.

Liu told China Economic Net (CEN) that, “Some of the 30 engineers had been working in Pakistan for over a year, with one staying there for 465 days”.

To better operate and maintain the HVDC project, engineers of XJ Group have carried out seven training programs both of offline and online for more than 80 engineers from NPCC and National Transmission & Despatch Company (NTDC) of Pakistan.

They appraised that besides the advanced equipment, XJ Group’s engineers are capable with high-level expertise. The sound performance of XJ Group has been affirmed by the Pakistani side.

It is Pakistan's first HVDC transmission project. The State Grid Corporation of China operates in the mode of construction, ownership, operation, and handover. The operation period is 25 years, and the total investment is $1.658 billion. 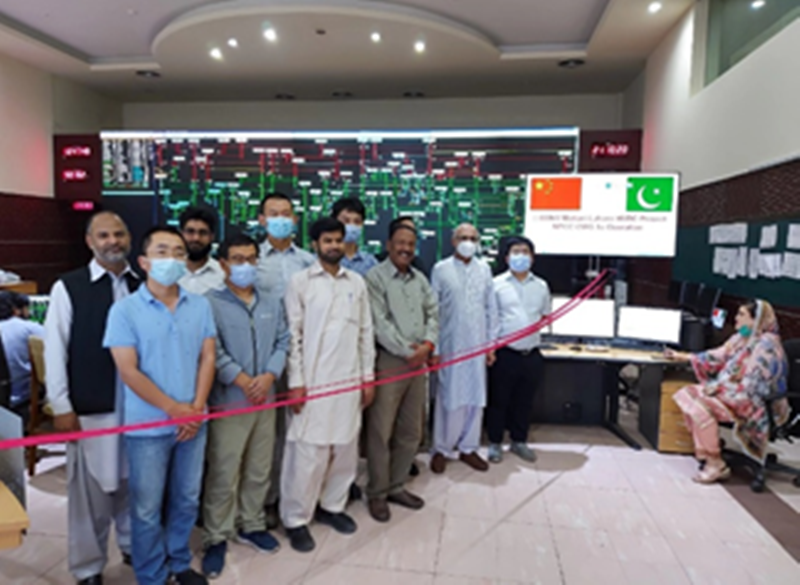