Symposium held to celebrate 72nd anniversary of the founding of PRC

ISLAMABAD, Sep. 28 (Gwadar Pro) -On the occasion of the 72ndanniversary of the founding of People’s Republic of China, Confucius Institute, University of Punjab (CIPU), Understanding China Forum, Pakistan (UCF) and Lahore Overseas Chinese Association (LOCA) jointly held a symposium on Sunday to offertheirheartfelt blessings to China. They firmly believe no force can stop the progress of the Chinese people, and the Chinese people will definitely realize the China dream of the great rejuvenation of the nation at an early date.

Representatives from CIPU, UCF and LOCA celebrate the 72nd anniversary of the founding of People’s Republic of China. [Photo provided by Cai Jinbao]

Over the past 72 years, PRC has been forging ahead against all odds to reach for new success. The Communist Party of China never forgets its original ideal and ambition, keeps its mission in mind, and always puts the interests of the people first. Cai Jinbao, Chinese Dean of CIPU, expressed his deeply proud to be a Chinese and stated that as a member of the Confucius Institute, he is even more proud to make modest contributions to the great motherland. As proud as Cai is Luo Qiang, President, LOCA who came to the symposium with the blessings of all the members. 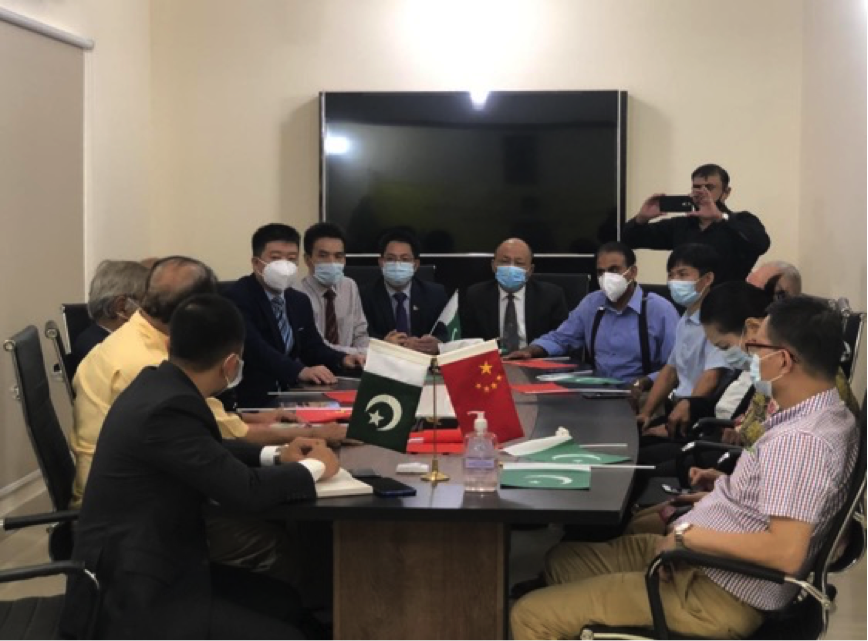 Symposium held to celebrate the 72nd anniversary of the founding of PRC at UCF meeting room, Lahore. [Photo provided by Cai Jinbao]

Zafar Uddin Mahmood, Founder of UCF have worked and lived in China for more than 30 years and he has closely witnessed the struggle of the People’s Republic of China from standing up, getting rich to becoming strong under the great leadership of the Communist Party of China. Chairing the session, he said that, “as the second largest economy in the world, various industries in China are booming, and the Chinese people live and work in peace and contentment. I have regarded China as my second hometown, and I wish my hometown more and more prosperous and powerful.”

Amjad Islam Amjad, Urdu poet, drama writer and lyricist, has also been to China for many times, and each time he felt that great changes have taken place in China. “Now speaking of China, what appears in front of me are not only endless highways, high-speed railways and spaceships flying in the universe, but also ‘Made in China’ everywhere. What impresses me even more is its success over the epidemic of COVID-19. Long live Pak-China friendship!”

As a representative of Chinese enterprises, Yang Bingfeng said that while enabling the Chinese people to live a happy and prosperous life, China’s development has also helped neighboring countries become stronger. China has been making unremitting efforts to build a community with a shared future for mankind, always telling the best Chinese story to the world and showing the real Chinese power. 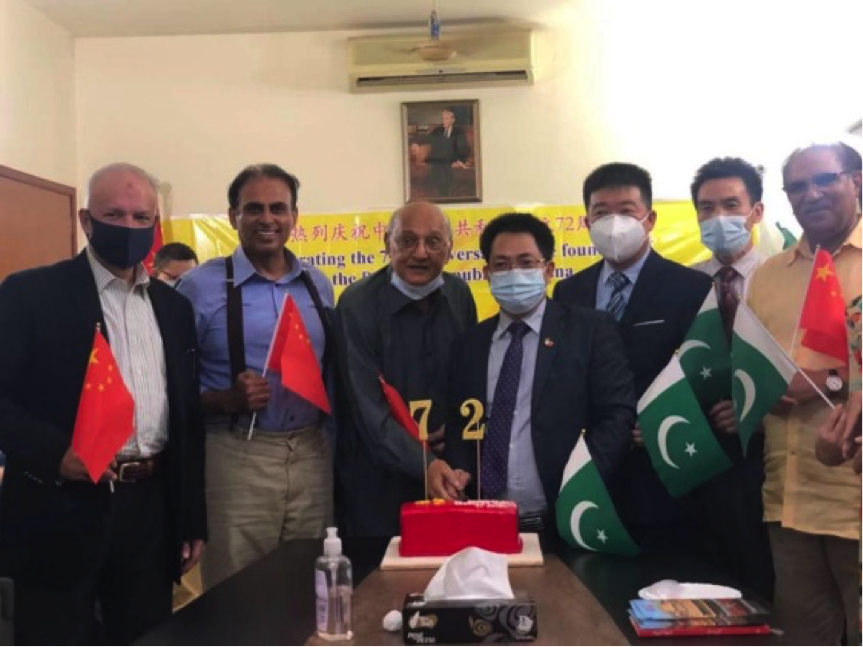 Representatives from CIPU, UCF and LOCA celebrate the 72nd anniversary of the founding of People’s Republic of China. [Photo provided by Cai Jinbao]