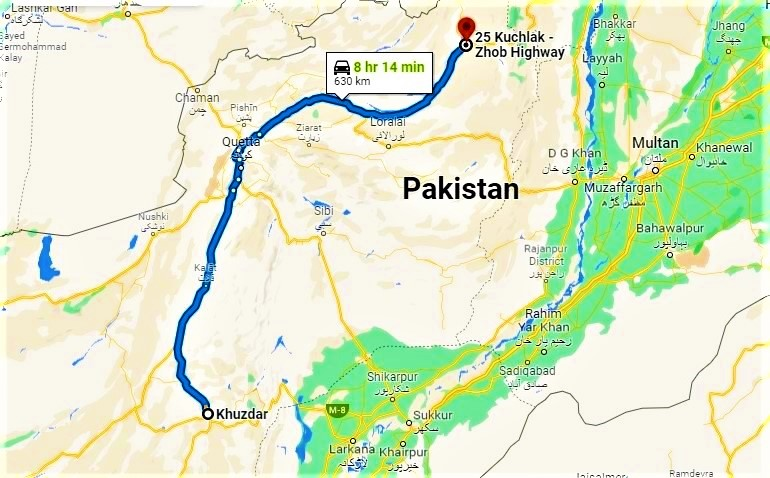 ISLAMABAD, Sept. 27 (Gwadar Pro) - In another step towards the prosperity of Balochistan, National Highway Authority (NHA) is launching the dualization work of Khuzdar-Kuchlak Section of National Highway (N-25).

“Alhamdulillah another milestone achieved. One of the most needed and important roads in Balochistan,” Chief Minister Balochistan Jam Kamal Khan tweeted.

According to Home Minister Balochistan Meer Zia ullah Langau, CM Kamal Khan has laid the foundation for “Emerging Balochistan”, and the dualization of Khuzdar-Kuchlak Section of N-25 is the fulfillment of the Government’s commitment to the people of Balochistan. “We will build a prosperous and emerging Balochistan,” Mr. Langau added.

NHA, Ministry of Communications, has invited e-bidding for the project and is providing an online platform to carry out procurement activities and to ensure efficiency, transparency and accountability in the process. The eligible contractors are taking part in the bidding, which will be closed on September 27.

Earlier in May, Central Development Working Party Meeting (CDWP) had approved 15 projects including ‘Dualization of Khuzdar Kuchlak’ section of N-25 with a length of 330.52 km. The project will cost Rs. 81,582,219 million.

People from different walks of life in Balochistan hailed the “most needed” connectivity project that would usher in a new era of development in the province.