BEIJING, Sept 23 (China Economic Net) - In order to commemorate the 70th anniversary of the establishment of diplomatic relations between Pakistan and China, a colourful light show was held on September 22 at the Badaling section of the Great Wall of China.

The event was jointly organised by the Embassy of Pakistan in Beijing and People’s Government of Beijing Municipality. It was attended by senior Chinese officials, citizens from all walks of life, Chinese students and representatives of media organisations. The light show featured various formulations of laser lights and slogans to pay tribute to the seven decades of iron brotherhood between Pakistan and China. A large section of the Wall was specially lit in the national colours of Pakistan and China.

Speaking at the occasion, Ambassador Moin ul Haque said that light show at the Great Wall of China demonstrated the iron-clad friendship between Pakistan and China. Hailing the contributions of several generations of both countries to strengthening bilateral friendship, Ambassador Moin added that Pakistan and China were deepening bilateral cultural and people-to-people exchanges for bequeathing the finest traditions of friendly ties to the younger generations of the two countries. 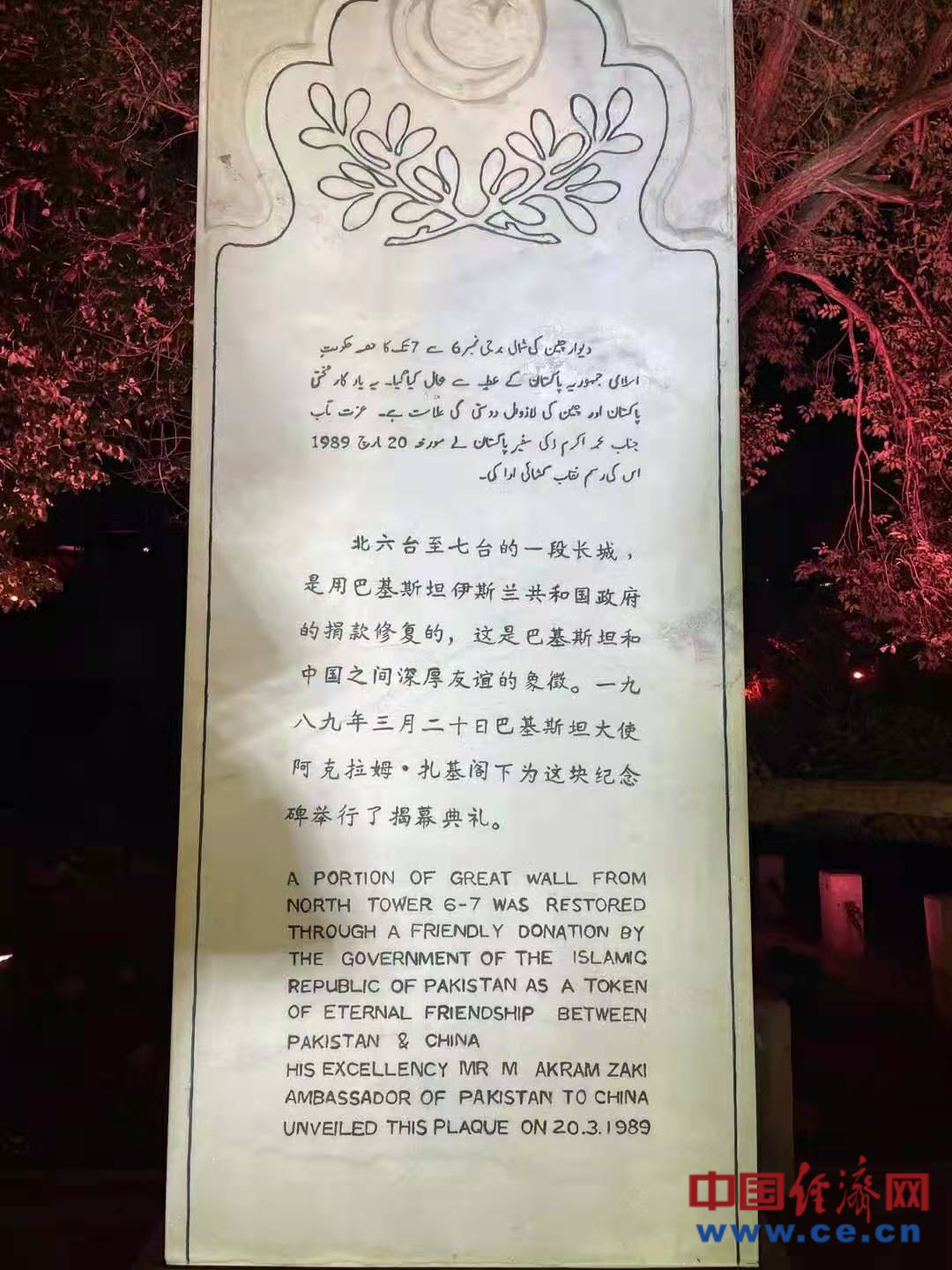 He said that as a token of special friendship to China, Pakistan made a humble contribution to the restoration of a section of the Great Wall in the 1980s. “A plaque installed there is a reminder of friendship which Pakistan presented to our brethren and sisters in China,” he added.

Ambassador Moin remarked that the Great Wall of China will remain etched forever in memories of the two peoples as the vivid symbol of special ties between Pakistan and China in the all-weather strategic cooperative partnership. “May Pakistan-China friendship enjoy longevity, strength and grandeur like the Great Wall of China,” he added.

Ambassador Moin appreciated the efforts of Yanqing District of Beijing Municipality and Beijing Foreign Affairs Office in organising the event.