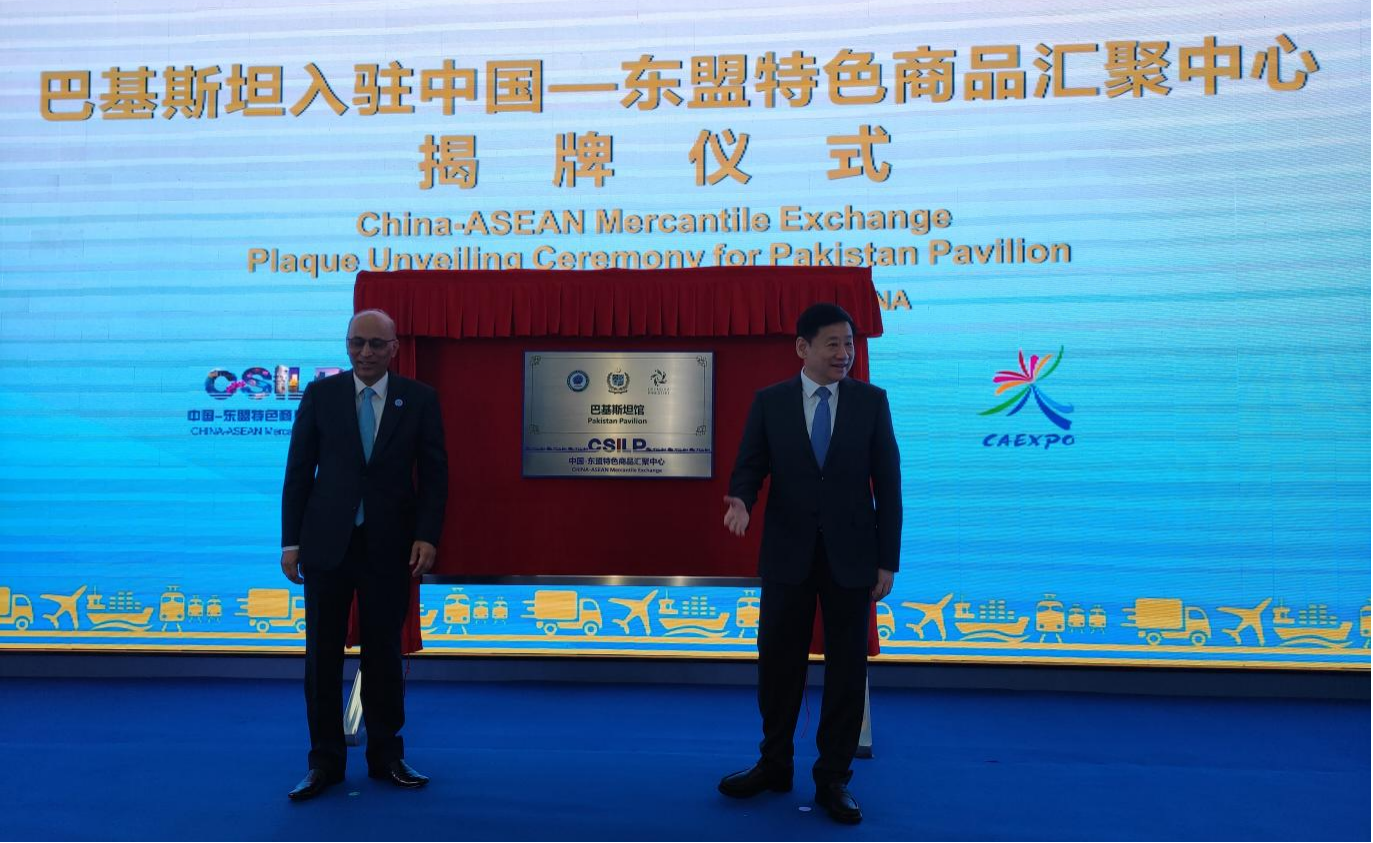 Speaking at the occasion, he said that the pavilion would play a key role in promoting the trade ties between China and other ASEAN countries. "Pakistan and China are celebrating the 70th anniversary of the establishment of diplomatic relations this year, and both countries are organizing different events to promote bilateral relations and friendship."

The ambassador further said the China-ASEAN Expo, scheduled to start on Friday, has great importance as it is one of three premier expos in China.

Pakistan is participating in China-ASEAN Expo as a special partner country for the second time, and approximately 20 Pakistani traders will showcase Pakistani products.

"This pavilion would fully showcase the national image of Pakistan and its people," the ambassador said, "We will also organize a trade and investment seminar on Saturday to invite local traders and entrepreneurs for investment in Pakistan."

The ambassador said that Pakistan also intends to establish sister cities and sister provinces with Guangxi in the near future. "We would like to establish a stronger relationship with traders from Guangxi Zhuang region. We will encourage the investors from Guangxi to invest in Pakistan, and we hope that we'll be able to develop more people to people and cultural ties"

He informed that President Dr. Arif Avli would address the opening ceremony via video message.

"Pakistan has important historical, political, cultural, and economic ties with ASEAN countries. And, so in that respect, I think that participation in this extraordinary China-ASEAN Expo would help Pakistan enhance trade with these countries having approximately 2 billion population" he said.