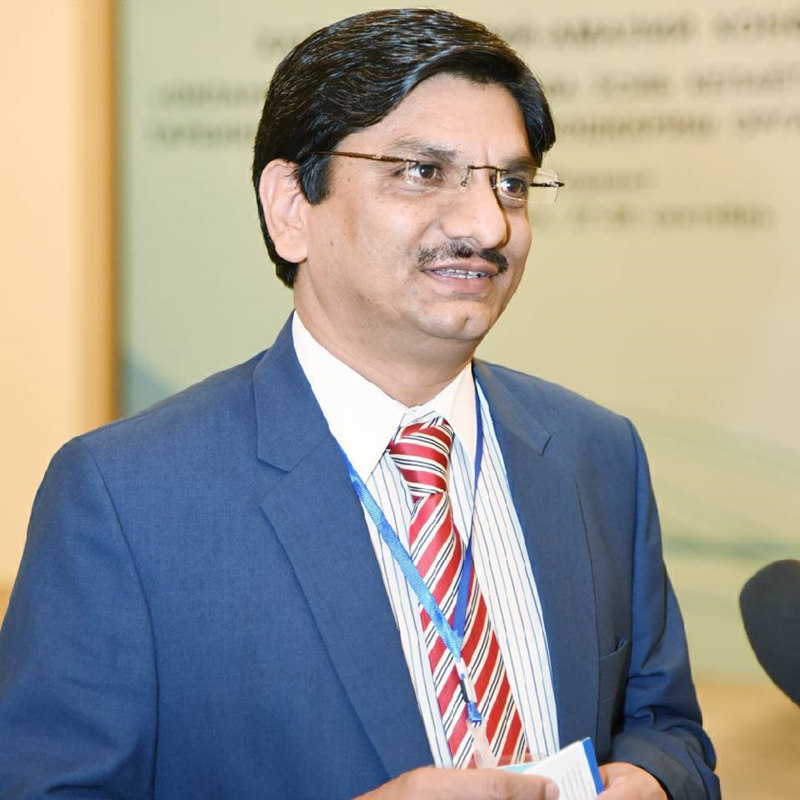 Editor's note: The writer is Director of Institute of Peace and Diplomatic Studies, Pakistan. The article reflects the author's opinions and not necessarily the views of China Economic Net.

Since the beginning of COVID-19, the world has become entangled with heated false myths about the origin of the virus with realities becoming more crystal clear day by day. There have been several myths and false accusations that caused more harm than help to the global response to the pandemic.

It is important to dissect those myths with the emerging realities that are dawning as a result of the honest and dedicated efforts led by China globally. These myths have been made and spread with malicious intent to downplay other nations and ethnic identities. These myths have been refuted through valid and justifiable scientific evidence.

Although this malicious campaign has been led and politicized by the US to spearhead against China, this behavior has not been supported by the international community. There were countries that have opposed such politicization of the virus and asked for the need for unbiased and objective investigation based on scientific grounds.

One myth or false propaganda that has been regularly propagated by the western political elite and media is about the origin of the virus. Since the inception of the pandemic, this has been related with Asia first.

Later there has been constant slur and misinformation shared by the propaganda machines from the west led by American media houses about the origin of the virus. This has caused serious damage to the global vaccine.

Another myth was about the lab leaked conspiracy theory. This has turned out a messy way for the US to sabotage the entire COVID-19 global drive to fight against this pandemic.

China made a comprehensive investigation together with WHO in the first phase. In the end, a report released where WHO declared that there is no proof of lab traces. There were traces of transfer of the virus from animals to humans that is a natural process.

To this account, China categorically explained that no post-graduate students or staff at Wuhan Institute of Virology have been infected with coronavirus dispelling the US claims of virus engineering and leakage from the lab.

Based on the scientific research and analysis, it is concluded that coronavirus is not a man-made virus, which was confirmed by the US intelligence community. These arguments give us an impression of the US misinformation campaign and political targeting agenda.

Another myth said that Wuhan animal market was the cause. This myth has also been refuted by the science that eating animals can not be the cause of the virus. This has been scientifically proven as well. There might be the animal-human transfer. But eating an animal is not the cause for this virus.

What’smore, the Western states led by the US put political pressure on the World Health Organisation (WHO) to reinvestigate. This is beyond comprehension and reflects the malicious intent of the US.

China has always supported the origin-tracing of the virus based on science. These investigations should be away from slandering or attacking other countries and races.

These investigations should be based on the facts and the report released by China and WHO together. This report has been widely recognized and supported by the international community and leading scientists globally and should be given respect and implemented.

Future work related to the origin of the virus should be based on this report instead of reinventing the wheel. WHO Secretariat also should not succumb to political pressure.

These myths need to be busted and countered at all levels for us to help the suffering humanity to move ahead. Given the global health emergency, it would have been encouraging the US to coordinate with other stakeholders including China and WHO to contain, prevent and mitigate the effects of coronavirus.

But the US irresponsibly chose the opposite path by accusing China of artificially developing a virus and pressurizing WHO. This politicization of the pandemic is unprecedented and shatters global confidence in the US leadership adamant to serve vested interests at the expense of human lives.

(Muhammad Asif Noor, the writer is Founder Director- Center for BRI and China Studies and Founder Friends of BRI Forum- Institute of Peace and Diplomatic Studies.)