Pakistan traditional medicine building up its name through cooperation with China

BEIJING, Aug. 18 (China Economic Net) - In Pakistan, traditional medicines have been a strong part of its cultural heritage and play a significant role in providing health care to a large part of the population. Based on diversified medicinal plants distributed in various climatic zones in Pakistan, three developed systems of medication, Tibb-e-Unani, Ayurveda, and Homoeopathy, are applied in different areas of the country.

Among more than 6000 plant species inhabiting the vast land of Pakistan, approximately 600-700 species are significant from a medicinal point of view. “These medicines in Pakistan are treasures as they contain many important compounds applied in modern medicine. For example, a herb known as Rawolfia Sarbantine from which a compound extracted called Ajmarieen has been marketed in Germany for a long time for cardiac disease. In the same way, compounds extracted from the leaves of Evergreen plant are used against cancer. There are many other herbs like these in Pakistan and we should try to promote and make use of them,” said Dr. Atta-ur-Rahman, Chairman of Prime Minister’s Task Force on Science and Technology. 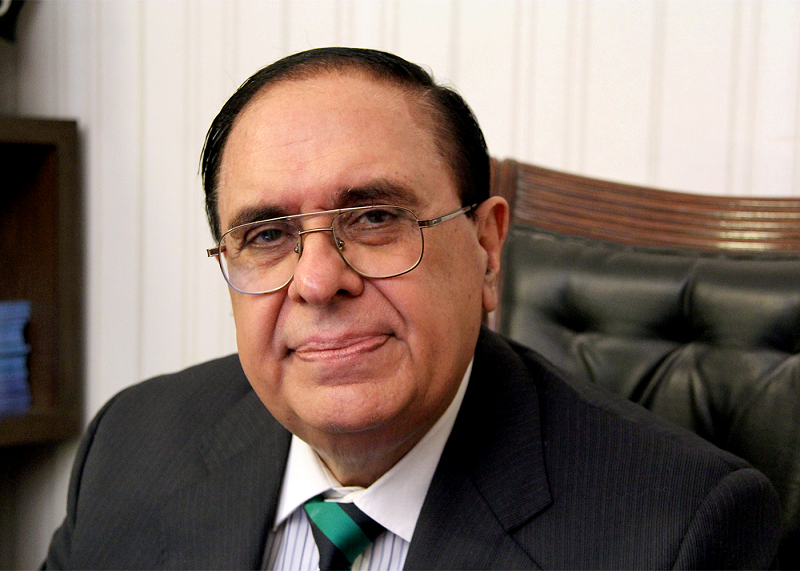 Although the diversity in Pakistan’s native flora ensures rich species of medicinal plants, it's also a matter of fact that the conservation of both these plants and the knowledge about their usage are facing a number of challenges.

According to a research report released by the National Institute of Health (NIH) in 2012, the local communities of different regions of Pakistan have centuries of indigenous knowledge about the uses of the plants occurring in their areas to treat almost any kind of disease from headache to stomachic to cut and wound, yet the precious wealth is in danger of being lost due to a lack of systematic management. Besides, the resources of medicinal plants are being wasted because local collectors are unaware of the best collection procedures. And they are further exploited for commercial purposes which lead to the endangerment of species in their respective habitats. It is noteworthy that amongst 6000 plant species of Pakistan, More than 10% of the flora is facing extinction, the research disclosed.

To address the problems and maintain sustainable development of Pakistan traditional medicines, Dr. Rahman suggested Pakistan learn from the experience of China in developing Traditional Chinese Medicine (TCM). Dr. Rahman was elected as Foreign Member of the Chinese Academy of Science in 2015 and was awarded the International Science and Technology Collaboration Award by the Chinese President on 10th January 2020, which is the highest scientific award in China.

“The biggest benefit of TCM is that it has been in use for thousands of years. There is an integrated system in which the traditional medicines are used alongside modern medicines. There are complete clinical trials for these medicines where their toxicology is studied and the extent of their effects is examined, and then they are put into use according to a system in China. This is exactly the procedure that is needed in Pakistan,” Dr. Rahman said.

He further elaborated the procedures of the certification of herbal drugs in China before they flow into the market. “The testing of herbal drugs in China is first done on animals. When it is determined there is no harm in the drug, it will enter the next stage of regular double-line tests. After this, there are agencies who present it to relevant government departments that will decide whether to approve the drug and once it’s a green signal, it can enter the market eventually.”

“Now China has many such herbal and traditional drugs that are used alongside the western medicine. We have to work on similar lines to develop our homeopathic medications, carrying out research in an organized way to certify all the herbs that have medical benefits based on science and then promote them. That’s what I’m working on, ” Dr. Rahman added.

In this effort, Dr. Rahman contributed to the cooperation between Hunan University of Chinese Medicine and the University of Karachi in Pakistan on the establishment of the Sino-Pakistan TCM Research Center in 2013. Over the past eight years, the center has undertaken several research programs and received many international publications and patents.

“We have been carrying out clinical trials on many herbal drugs from both Pakistan and China. One of the researches we are doing now at the center is to examine herbs that are active against Corona Virus. To enhance our capacity in this field, we have established a virology center with Chinese collaboration in Wuhan,” noted Dr. Rahman, “In the meantime, we are also examining the diseases that are very common in our region, including hepatitis and cholera. For other diseases, like malaria, diabetes, cardiovascular disease, and heart disease, we refer to the TCM certification procedures to test the herbs and see which herbs are beneficial against them. ”

Science and technology are closely integrated with medical treatment and the application of new technologies in this field will become more important in the future. In this background, the center has begun researches on cutting-edge technologies. According to Dr. Rahman, stem cell research, a part of regeneration research, has been developing very rapidly in the past few years. A laboratory on stem cells in Karachi has been set up so that damaged organs can be repaired using stem cell technology. The second major area is neuroscience in which there is an urgent need for new drugs. The third is artificial intelligence, and the center has started a new program to see how to can use AI in medicine. The fourth area is that of virus research, which will prepare us for the future.

Apart from cooperation in joint research, Dr. Rahman also stressed the importance of collaborative training and education programs. He said, “Pakistan’s true wealth is its large population of youth. They can be the biggest workforce if we focus on the development of education, science, technology, and utilize their skills.”

To this end, Dr. Rahman has made efforts to set up Pak Austrian University of Applied Science and Engineering in Haripur, Hazara with the partnership of five Chinese universities. “They will train our faculty and award degrees to Pakistani students. To expand such reciprocal cooperation, I am working to establish a new university in Sialkot in collaboration with Qinghai University,” Dr. Rahman noted.