M-14 is a 293 km long mega project under the Western Alignment of CPEC, connecting the southern parts of Khyber Pakhtunkhwa (KP) province with the rest of the country that will lead to social and economic prosperity in the area.

In addition to connectivity, M-14 will play a major role in boosting agricultural development in southern KP, which has remained underdeveloped for a long time.

“The Motorway will help bring an agricultural revolution in the southern parts of KP. Farmers will get access to the main market of the country,” said Shafiullah Khan, a farmer from the Gandi area of Lakki Marwat. He said the Hakla-D.I. Khan motorway will also help the farmers bring the latest agricultural tools and machinery to the once-inaccessible areas of the southern districts.

“M-14 has brought Mianwali (Punjab) and Lakki Marwat very close. Farmers of both areas could benefit from each other’s experience,” Mr. Khan said and added that farmers mainly look at each other and “grow what others grow”. 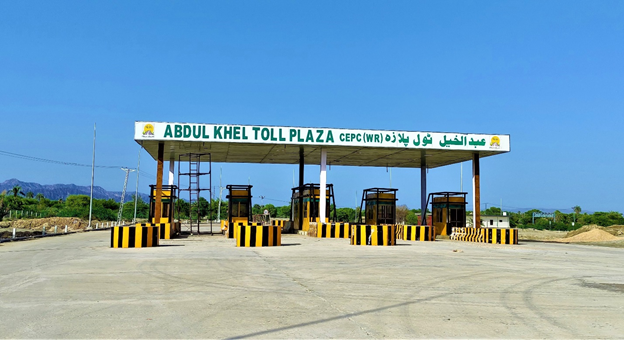 Some agricultural products from southern KP have already established themselves in the main Pakistani markets and even abroad. For example, dates grown in the Dhakki area of D.I. Khan are known worldwide for their large size and aroma. The local date-growers anticipate that the Motorway will help them increase cultivation, as they would easily transport products to their desired markets. Similarly, the sugarcane growers of D.I. Khan will get access to Punjab and beyond.

However, with the connectivity via M-14, some other local agricultural products are expected to reach major markets of the country. These quality products are grown on a small scale. If the growers start getting handsome financial returns, it will increase commercialization.  Amongst these products are mangoes from D.I. Khan, dates from Bannu, peanuts from Karak, chilgoza pine-nuts from Waziristan and many more such items. Honeybees are abundant among the flora of southern KP, and investors see great potential in honey farming.

“Even in the recent past no one could have imagined that these remote and inaccessible areas could be integrated. It has happened and now it’s time to reap the maximum benefits from this connectivity project under CPEC,” Jehandad Khan Marwat, an elder of Lakki Marwat, told Gwadar Pro. According to him, while sowing seeds, the farmers will keep the country’s major mandi (market) in mind, not the local markets of Sarai Naurang, Bannu or D.I. Khan.

Some farmers from D.I. Khan and Lakki Marwat have got an access to their date farms along M-14. Passing through the motorway, once can see date-palms in the sandy soil between, Yarik, Abdul Khel and Chashma interchanges.

The soil of Lakki Marwat is conducive for chickpea crops. Mostly, the people grow chickpea -- locally known as chana -- for domestic consumption; however, chickpeas could become one of the major cash crops for the locals.

“We buy chana from local farmers and then sell it in Punjab, as we don’t have any processing facilities here,” Abdur Rahman, a trader from Shahbaz Khail, Lakki Marwat, told Gwadar Pro. According to Mr. Rehman, M-14 will provide them easy and short access to Punjab and will cut transportation costs.  However, the real revolution will come when they can set up processing units in their own areas. “We hope processing units will be set up at CPEC-proposed Draban Economic Zone, D.I. Khan,” he said.

The soil of Lakki Marwat is suitable for producing quality chickpeas. [Photo/Tahir Ali]

Farooq Mehsud, a Dera Ismail Khan-based journalist, told Gwadar Pro that the chilgoza pine-nut of Waziristan is one of the items most in demand.  “We have one of the largest chilgoza pine forests in the world; however, due to connectivity issues the farmers cannot easily access the markets,” he said, “CPEC western route will solve this issue and our farmers will earn more money”.

Muhammad Salim, a mango-grower, said that mangoes grown in D.I. Khan are the best in the country. “More than two dozen types of mangoes are grown in D.I. Khan,  however, Sindri, Kala Chaunsa, Chatta Chaunsa and Golden are the most famous and delicious mangoes of the area. Paniala area is D.I. Khan is known for producing quality mangoes. The mangoes of D.I. Khan cannot get the recognition they deserve,” he said and added that one of the issues is inaccessibility to market. For example, Black Chaunsa is available in Paniala at Rs. 70 per kg while in Islamabad the price of the same mangoes is higher than Rs. 170 per kilogram. “Access to the market will double our earning,” Mr. Salim told Gwadar Pro.

A farmer is selling mangoes at his garden in Paniala D.I. Khan. [Photo/Tahir Ali]

Motorway will not only open access to new markets for local products and bring the farmers and cultivators more money, but also will transform the lives of the present and future generations of the entire area economically, financially and socially.  Most importantly, M-14 will help to create jobs for the local youth, one of the biggest problems today. Hence, M-14 is not just connectivity -- it is new life for the area!