Will US succeed in manipulating Muslims to Support Uyghurs against China? 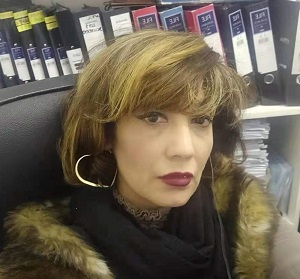 Editor's Note: Shabana Syed is a print and TV journalist based in Britain. She has also worked in the Middle East and writes on current affairs. The article reflects the author's opinions and not necessarily the views of Gwadar Pro.

Just before American forces withdrew from Afghanistan there were clear indications that a Syrian style hybrid war will be staged in the country through CIA operatives, Al Qaeda linked jihadists and Uyghurs from China’s Xinjiang province, who the CIA has been training since 2000 according to Sibel Edmonds, a former FBI translator and Whistle-blower. She also exposed that US had ‘intimate relations’ with Bin Laden and had been targeting ‘operations’ in Central Asia, including Xinjiang for many years.

It appears the US withdrawal from Afghanistan will not be total, according to reports the US may keep the 18,000 Pentagon contractors already operating in Afghanistan, while the Daily Mail states UK will retain a “small number of SAS troops” already there.

There are indications the US will apply a similar policy implemented against the Soviet Union in the 80’s, when the CIA working with Bin Laden initiated a global campaign to recruit Muslims to fight a jihad against the Russians. Today the US needs to take the fight to China, its Pivot to Asia policy involved gradually withdrawing its troops from Middle East and moving them to South Asia to challenge the growing power of China and the planned Belt Road Initiative, (BRI) as encouraged by influential Washington think tanks like RAND.

The US will never totally leave Afghanistan stated retired U.S. Army Col. Lawrence Wilkerson, who had served under Secretary of State Colin Powell. In a speech  at Ron Paul Institute he explained, “it’s because it is the only hard power the US has that sits close to the central base road initiative” [the BRI] and if “we have to impact that with military power we have the ability to do so.” The US’s second concern, he said, was to be close to Pakistan’s nuclear stockpile so we can “leap on” it to “stabilise” it. More importantly he said, “there are 20 million Uyghurs [in Xinjiang]. The CIA would want to destabilize China and that would be the best way to do it to foment unrest and to join with those Uyghurs in pushing the Han Chinese in Beijing from internal places rather than external”.

However according to Pentagon Press Secretary John - Kirby the US doesn’t need presence in Central Asia as “There’s not a scrap of earth that we can’t reach”. Kirby is referring to the hundreds of military bases surrounding China, in Asia - Pacific and Gulf region. His comments raise the question, if that was the case why did the US take 20 years to vacate Afghanistan? And then leave it as the “deadliest place in the world to be a civilian” according to UN Human Rights Commissioner.

The answer goes back to its policy after 9/11 promulgated by members of The Project for the New American century (PNAC) advocating conflict and chaos aimed at destabilising nations so they never recover. Thus, making it easier for the US and Israel to achieve their objectives. This strategy was successfully applied after 2001 in six Muslim countries which included Afghanistan, Iraq, and Syria.

Now the same policy needs to be applied to China and the Economic Corridor, and the US can only successfully apply it through destabilisation process in Afghanistan, which borders with Turkmenistan, Uzbekistan, Tajikistan, Pakistan, Iran, and more importantly has the shortest border with China.

The policy also includes utilising the “Uyghur card”, which was first identified in 2003 in a report titled “The Xinjian Problem”. Its author is a CIA operative Graham Fuller, linked to Zbigniew Brzezinski, the grand master of American foreign policy who in “The Grand Chessboard American Primacy and Its Geostrategic Imperatives” (1997) outlines an  integrated Eurasian geo-strategy to counter threats to US dominance from China and a re-surgent Russia. Fuller followed up on Brzezinski’s work and identified a strategy which involved utilising the “Uyghur card” as a “means of exerting pressure on China in the event of some future crisis or confrontation”.

The “future crises” soon surfaced in the form of China’s accelerated economic growth and its planned Belt and Road Initiative. The BRI aims to bring economic and infrastructure development throughout Central Asia, benefitting countries in the region as opposed to polices presented by the World Bank, the IMF, and World Economic Forum, whose initiatives are designed to benefit mainly western institutions.

Xinjiang is rich in natural resources and plays a central role in China’s ambitious Silk Road; it is also the gateway to Central and West Asia and European markets. President Trump’s first act in 2017 was to start a trade war with China and impose sanctions. The US also increased its naval presence in South China Seas and intensified support to the Uyghur Muslims and separatist movements in Taiwan, Hong Kong, and Tibet.

Also, in conjunction with government policies the US media went into overdrive with sensational news reports about millions of Uyghurs in camps in Xinjiang. The horror stories were further fuelled by Washington based Network of Chinese Human Rights Defenders and the World Uyghur Congress (WUC), all funded and supported by the CIA affiliated National Endowment for Democracy (NED), which openly funds regime change operations around the world.

A detailed report by Grayzone.com refutes the claims made by NED funded Uyghur organisations. Their title says it all: “No, the UN did not report China has ‘massive internment camps’ for Uyghur Muslims.”  Another report by journalist Ajit Singh explains the extensive funding of the separatist group by Washington. He writes, “while posing as a grassroots human rights organization, the World Uyghur Congress is a US-funded and directed separatist network that has forged alliances with far-right ethno-nationalist groups”. Their goal is the “destabilization of China and regime change in Beijing”.

While there is no evidence that China is torturing Uyghurs in concentration camps there is plenty of detailed evidence of US abuses against Muslims in Abu Ghraib and Guantanamo. Physicians for Human Rights, a Washington, D.C. report entitled ‘Broken Laws, Broken Lives: Medical Evidence of Torture and its Impact’ (2008) exposed sadistic methods the US used including: ‘prolonged isolation, sensory deprivation, sleep deprivation, forced nakedness, beatings, sodomy, electric shocks, severe stress positions, being forced to drink urine, and witnessing the desecration of the Koran’.

Therefore, it is quite astounding that a country that has spent the past two decades promoting rampant islamophobia and attacking Islam is now concerned about “human rights” of Uyghur Muslims.

However, this ‘concern’ does make sense if the US, as mentioned earlier, wants to rally Muslim support for Uyghur jihad against China. In the same way the US transported large groups of Uyghur separatists to Syria to fight alongside ISIS. The US is hoping that ISIS will aid the Uyghurs to destabilise China in a conflict framed as a “holy war”.

It was the Americans that facilitated the transportation of Uyghurs to Syria to fight alongside ISIS and commit atrocities against other Muslims, beheading, mass murders, enslaving Yazidi girls as sex slaves, the list goes on. It’s also important to note that ISIS and CIA trained Uyghurs belong to Saudi Arabia’s Salafi school of thought. Which preaches that the real threat are Shias and Muslims who do not agree with Salafism. General Dempsey in 2014 told Congress that US’s “major allies fund ISIS” omitting the fact that the mentioned allies, Qatar UAE, and Saudi Arabia take their directives from Washington.

US have exposed their deceit by saying war on Afghanistan was to hunt down Al Qaeda, yet it is working with them to achieve its objectives. Reuters in 2012 reported that President Obama signed a secret order authorizing U.S. support for rebels against Syrian President Assad, many of these rebels were linked to Al Qaeda. This also explains why America’s PBS Frontline has recently been promoting Syrian Al Qaeda leader, Mohammad Jolani as a competent US “asset.”

Most of the Turkic speaking Uyghurs adhere to Sufi Islam and live peacefully in Xinjiang alongside other ethnic groups like Tibetans, Tajiks, Hui, and Han people. However, Uyghur separatists have made many attacks on unsuspecting Chinese in railway stations and shopping malls, killing, and wounding many.

If we examine the geo-political realities, US’s plans to rally support for a jihad against China is bound to fail as it will be difficult for Muslims around the world to overlook a fact, which is common knowledge, plus it was highlighted by a 2014 UN report that ‘Muslims have been the largest victims of ISIS’. Or will be difficult to overlook the rampant Islamophobia propagated by western governments, the atrocities inflicted under the cover of the war on terror and the genocidal policies against the Palestinians.

The US should take note this is not the 1980’s, the balance of power has shifted away from the West. The Eastern economies are rising and becoming stronger. BRI has created new alliances and strategic partners, like China, Russia, Iran, Pakistan, the Shanghai Cooperation Organisation (SCO). President Xi Jinping’s speech marking the centenary of the CPC expressed the views of the emerging resistance economies when he said:

“We have never bullied, oppressed, or subjugated the people of any other country, and we never will. By the same token, we will never allow any foreign force to bully, oppress, or subjugate us. Anyone who would attempt to do so will find themselves on a collision course with a great wall of steel forged by over 1.4 billion Chinese people.