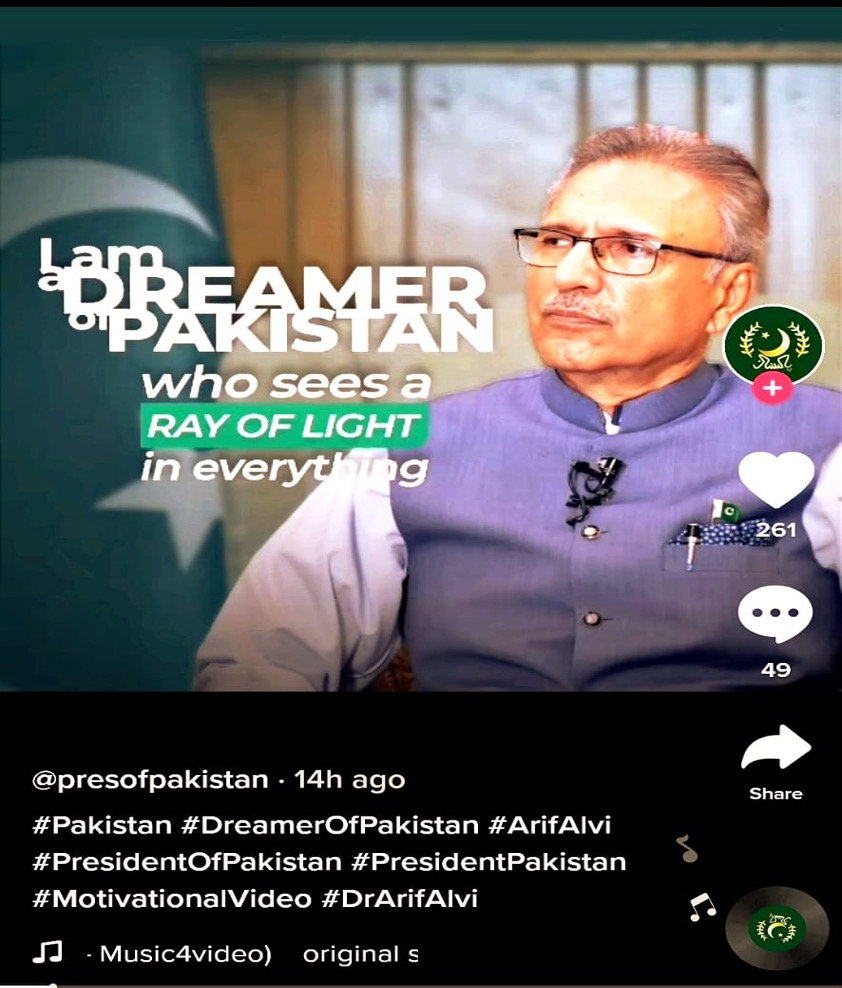 “The President of Pakistan is now on TikTok! To spread the message of positivity & motivation for the youth of Pakistan, we will keep pushing inspiring videos for the TikTok users,” reads a message posted on his official Twitter account.

The TikTok username of Mr. Alvi is @PresofPakistan. He has shared his first 26-second video from his official TikTok account; the theme of the video is “hope”.

“I am a dreamer of Pakistan who sees a Ray of Hope in everything; it is no more dawn; it is no more early morning; it’s coming close to midday; take interest this is your country to build and it is ready---“, Dr. Alvi said in his first TikTok video.

TikTok, known as Douyin in China is one of the most popular platforms in the world. Initially released in September 2016, TikTok is owned by Chinese Company ByteDance.

Like the rest of the world, TikTok is one of the most popular social media platforms in Pakistan. According to an estimate, the Chinese video-sharing platform had 33 million users in the first quarter of 2021.