In the spirit of “ friendship first, competition second”, players rushed on the field waving badminton rackets. The audiences applauded for the players’ fighting spirit and cheered for the friendship. What runs through the whole stadium is not only the warm sweat of the players, but also the strong friendship between the two countries, which not only showed the power and charm of sports, but also conveys the long-standing friendship between the two countries through flying badminton in the air. 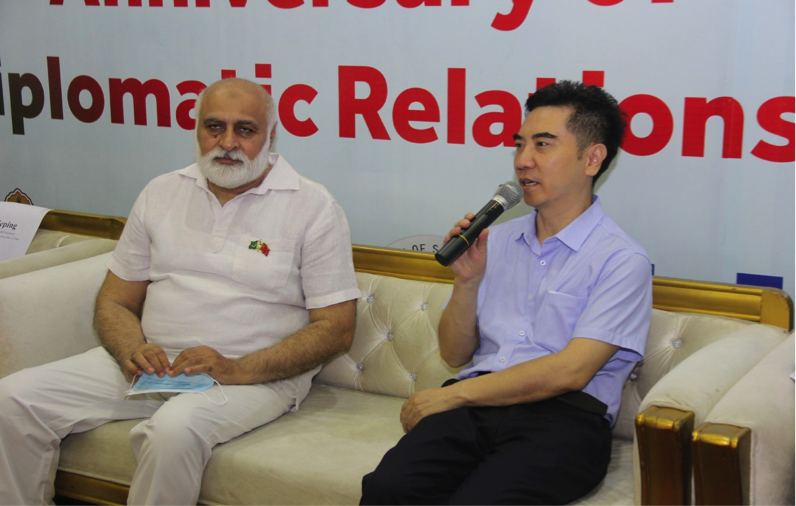 Mr. Du Yue, Director of Political Sector, Chinese Consulate General in Lahore, highlighted on the occasion that the construction of China-Pakistan Economic Corridor (CPEC) has achieved fruitful achievements, and people-to-people exchanges between China and Pakistan are getting closer and closer. “The Chinese Consulate General in Lahore has been making efforts to promote the establishment of sister cities, communication of media group, exchanges of scholars visits, etc. between both countries.”

Luo Jianxue, Executive Vice President, LOCA, praised the players’ excellent performance and underlined that the matches can benefit the body and mind and maintain close interaction, which will greatly promote mutual understanding and deepen cultural, emotional and people-to-people exchanges between China and Pakistan. 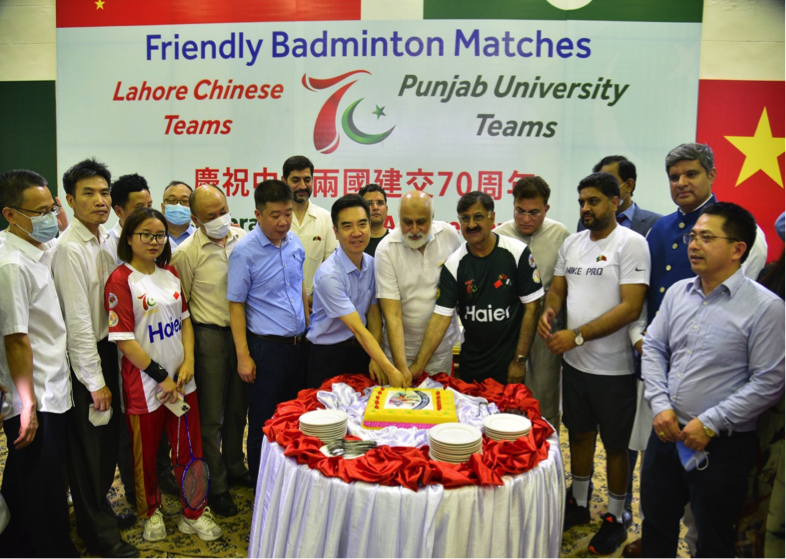 Guests are cutting the cake together to celebrate the 70th anniversary of Pak-China diplomatic ties. [Photo provided by CIPU]

In the end, the award ceremony was held, and the guests cut the cake together to celebrate the 70th anniversary of the establishment of diplomatic relations between China and Pakistan.