BEIJING, Jun.17(China Economic Net) - "China and Pakistan are connected by mountains and rivers and intimate cultural bonds, share weal and woe, and accompany each other hand in hand. Since the establishment of diplomatic ties 70 years ago, no matter how the world and domestic politics have evolved, China and Pakistan have always understood, respected, trusted, and helped each other,” said Prof. Tang Mengsheng, Director of Center for Pakistan Studies at Peking University, in an interview with China Economic Net(CEN). 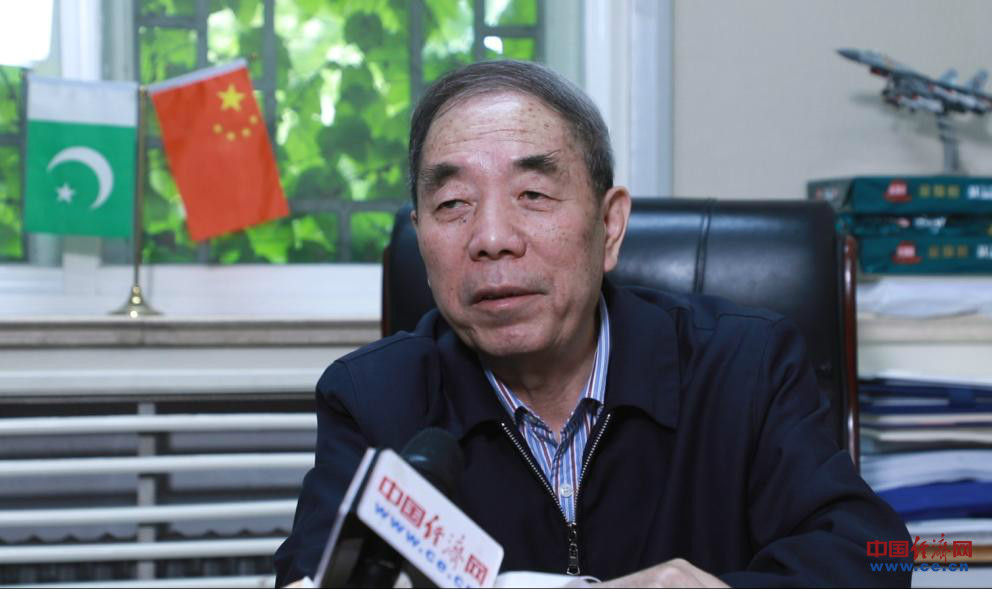 After he graduated from Urdu Major, Department of Eastern Languages and Cultures, Peking University in 1974, Prof. Tang Mengsheng participated in the construction of the Karakoram Highway, also called “Pak-China Friendship Highway” in Pakistan, as a translator.

As Tang recalled, the highway builders riding in open-backed trucks left from Xinjiang Province, China. On the road full of potholes, their trip was extremely hard. But to their great relief, upon their arrival, they were warmly greeted by long-waiting local people.

Despite the tough living conditions, the local people always took good care of them. Back in those days, they lived in areas near Hunza and Gilgit, where the roads were built along the mountains with little farmland nearby. In order “neither to interrupt local people’s daily lives, nor to bring harm to interests of local people”, the construction team’s food supply was brought from China.

"Peaches and apricots were abundant along the highway, thus local people would give these fruits to our workers. Some even brought eggs from their families to us. Whatever difficulties we encountered, people there were always ready to help us, "Tang recalled.

In addition to the harsh living conditions, endless dangers were also faced by builders. On his way back from Islamabad one day, Tang and his colleagues encountered a landslide. They had to move step by step, treading on the fallen gravels; at the most dangerous place, they tied each other with ropes for safety. A careless move would lead to lethal falling off.

"I had met only a few hazards, but our highway builders dealt with dangers all the time. As the level of mechanization was still very low in the 1970s, we still relied largely on manual carts to carry stones and gravels around. They worked very hard," Tang said.

“However, it is encouraging to see that highway builders from both China and Pakistan worked side to side, shedding blood and sweat, through freezing winters and scorching summers, brought into existence this highway among cliffs on the Karakoram. The establishment of this highway is not only a representation of the friendship between China and Pakistan, but also a miracle in world history of highway building,” Tang said. 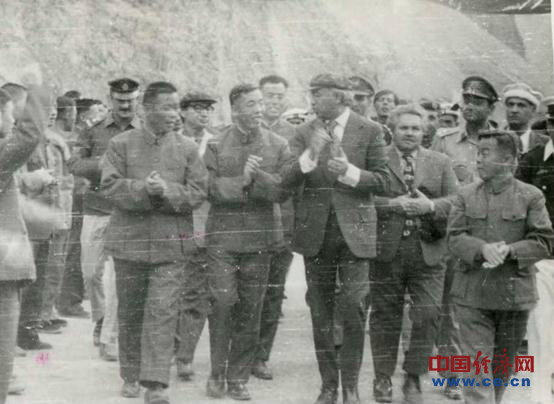 From 1974 to 1978, Tang participated in the construction of the Karakoram Highway. [Photo provided by Tang Mengsheng]

Hard work will always pay off. Four years later, Tang returned to China in 1978. When he went back to this ever-so-familiar highway 40 years later in 2016, not only his old friends but also some new acquaintances told him about how greatly this highway changed their lives.

"I ran into a waiter at the counter of Serena Hotel in Islamabad. After some words, I learned that he is from Chitral, a place where we passed by on our way to build the highway. He told me that if it were not for the Karakoram Highway, he would not have the chance to walk out of the mountains and see the world. "Tang recalled.

“In 2017,” Tang said, “I encountered a lady from Pakistan Electric Power Company. Her hometown is on the north side of Hunza, a very remote area. Because of the Karakoram Highway, she was able to go to school in Gilgit, which is more than seventy miles away from home. Later she studied abroad in U.K. and became an engineer after returning to Pakistan.”

Touching stories are always alike. Tang added that aside from the tangible benefits to many local people, this highway had also facilitated cross-border trade. While the road used to be seasonal, and always blocked by heavy snow in winter, now it is open all year round. 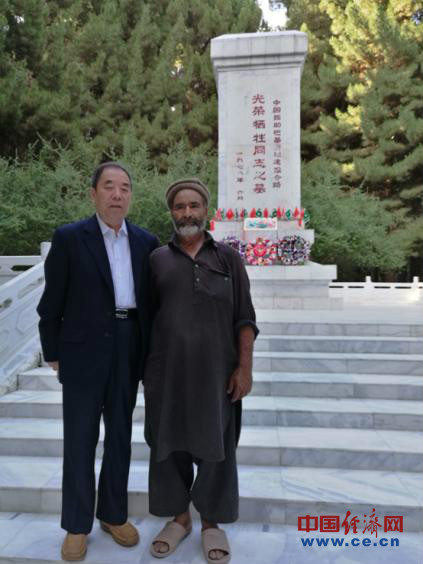 A Pakistani President and Peking University

In 1954, Peking University (PKU) set up an Urdu language major and began to train undergraduate students, which greatly advanced people-to-people and cultural exchanges between the two countries.

Among countless touching stories, the most noteworthy one was the visit of Pakistan's then-President Pervez Musharraf to Peking University in 2003. During the president's speech, Yang Yuli, an Urdu student, raised a question in Urdu, by which President Musharraf was very surprised and moved, for he did not expect to meet someone who can speak the language here.

In addition, the President also support to fund the establishment of the Center for Pakistan Studies Center at Peking University. In the same year of the President’s visit, he in person awarded Professor Tang the Sitara-i-Khidmat, a high civilian honor in Pakistan for his contributions in promoting the academic communications between China and Pakistan. 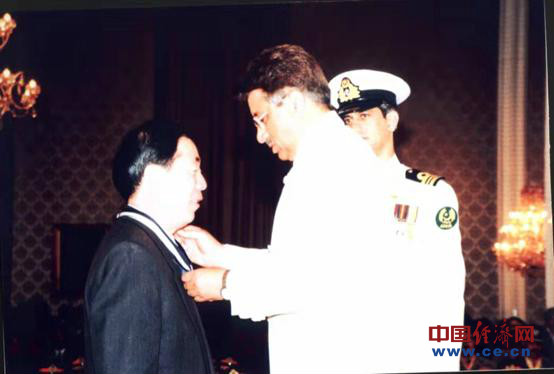 However, the friendship between the President and Peking University did not end there. In the summer of 2004, at the invitation of the President, 10 Urdu students from Peking university set foot in Pakistan which they had been dreaming about.

In this over ten days’ carefully arranged trip, they learned the culture of this country by heart, feeling exceptionally grateful. To their surprise, President Musharraf met them in person on the penultimate day of the trip.

On that day, despite a straight military uniform on him, the President kindly sat with the teachers and students, asking them their feelings about Pakistan one by one, always with a warm smile on his face.

Later when these students learned that the trip was arranged by the President himself, it all clicked. The scenes of the President's visit to Peking University half a year ago flashed across their minds again. In 2004, the President met with PKU teachers and students in Pakistan. [photo provided by interviewee]

"China and Pakistan are iron brothers. Speaking of ‘iron brothers’, this term first came out not from authorities but from the people, which shows that Pak-China friendship is deeply rooted in the hearts of two peoples," Tang said.

According to Tang, friendly exchanges between China and Pakistan date back to thousands of years ago. As noted by Premier Zhou Enlai, “the peoples of China and Pakistan have been good neighbors and friends since the dawn of history.” Today, people-to-people exchanges between two countries are transcending time and space, connecting the ancient Silk Road with the New Silk Road.

On May 21, 1951, Pakistan established diplomatic relations with China. “The two countries’ relations last till today not only because of people’s recognition, but also because we stayed together through thick and thin. This is very important for countries with bilateral relations.” Prof. Tang said. 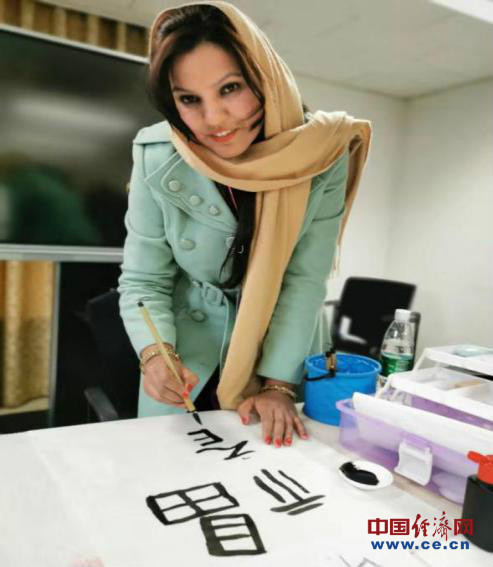 Prof. Tang emphasized that culture is what communicates heart and feelings, and people-to-people exchange is the key and core impetus to developing relations between two countries. China and Pakistan are good neighbors both with long history. It serves as a significant force that the two countries enhance cultural communication and cooperation with mutual respect and mutual learning.

In 2007, with the support of the Pakistani Embassy in China, the Center for Pakistan Studies at Peking University was officially established. Since then, its faculty members have worked diligently and presented China with scholars both proficient in Urdu and well-educated in specialized knowledge. The Center has been assigned with multiple research projects by the country and different ministries and commissions.

Many textbooks and monographs have also been published by the center. It’s worthy to note the Urdu-Chinese Dictionary published with Professor Kong Julan as editor-in-chief. It is the first of its kind in China, and played a major role in teaching, self-learning, and fulfilling diplomatic needs, etc. Former Pakistani president Hussain attended the publication occasion of inauguration of this Urdu-Chinese Dictionary. 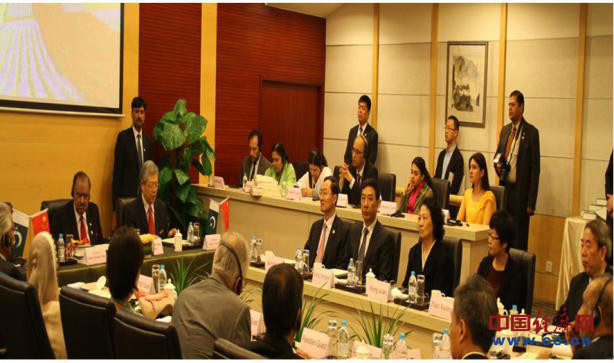 As an important platform, the Center for Pakistan Studies at Peking University, led by Tang, has carried out many activities and professional studies since its foundation, further strengthening Pak-China people-to-people exchanges.

Looking into the future, Tang believes that “it is both responsibility and duty of Urdu major in Peking University and Center for Pakistan Studies at Peking University to promote knowledge of Urdu, help more Chinese learn this language, and make it possible for Chinese people to know more and deeper about Pakistani people, culture, and society.”